Stephen Frail appointed Northern Ireland Under 19 and Under 17 manager 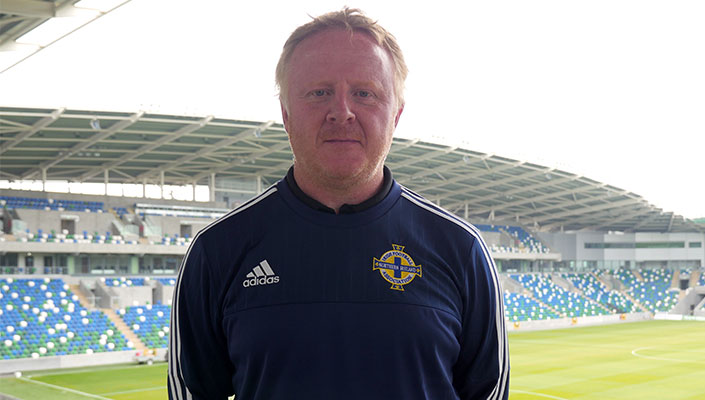 Former Celtic Development Squad Head Coach, Stephen Frail, has been appointed as the new full-time manager of the Northern Ireland Under 19 and Under 17 teams.

He replaces Stephen Craigan and Damien Johnson who have both left the international set-up to concentrate on their club coaching commitments at Motherwell and Blackburn Rovers respectively.

Frail has established an exceptional record in the game over the course of a 13 year coaching career in Scottish football. He spent six years at Parkhead and played a key role in the progression of young talent into senior football, while also contributing to the coaching of established first team players.

Having previously been assistant at Morton, the 47 year-old spent a short time as caretaker manager at Hearts in 2008.

“I have spoken with both Michael O’Neill and Jim Magilton on their plans the senior team and the the elite performance pathway and I’m looking forward to working alongside them and the Irish FA’s other top coaches to produce the next crop of senior internationals.”

Northern Ireland Manager, Michael O’Neill, said: “I want to thank Stephen and Damien for the great work that they done with our representative teams in recent years. They both played significant roles in progressing the young players in our set-up and helping them to be the best that they can be. I wish them both well as they pursue their coaching careers at club level.

“In Stephen Frail we have appointed a hugely experienced coach with a successful track record of identifying and developing talented young players.

"I have worked with him in the past and know how highly regarded he is in the game, especially in Scottish football. I am therefore delighted that he has joined the Irish FA at this significant time and I am looking forward to seeing him bring his considerable expertise to our Under 19 and Under 17 Northern Ireland teams.