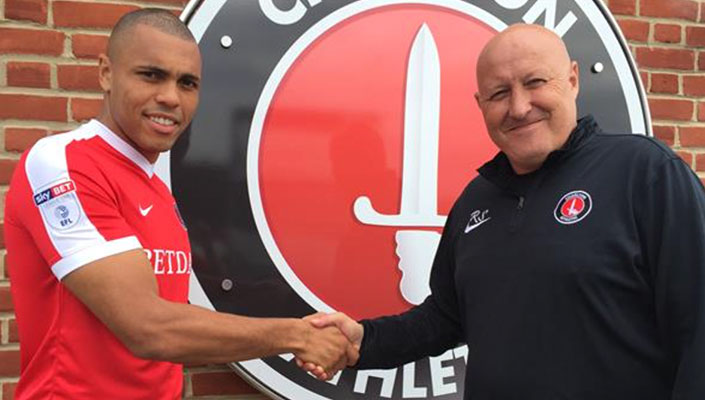 Striker Josh Magennis has left Kilmarnock to link up with League One outfit Charlton Athletic on a two-year contract.

Addicks boss Russell Slade, who had been tracking Magennis for a number of weeks, was pleased to finally land the 26 year-old for an undisclosed fee.

“He was a target that we had been trying to get over the line for a few weeks,” said Slade.

“In fact, we had it done at one stage, but it didn’t happen because the goalposts were moved.

“Sometimes you think you have got your man and then things can change but we dealt with that situation in a real professional manner and managed to get our man.”

“Josh will give us a real physical presence up front,” added Slade.

“He has progressed his career over recent years and I see him as a late developer because the early part of his career, as many people will know, wasn’t as a forward.

“He has developed that, has got himself in his national team and featured in the Euros this summer. He can score a goal, has got pace, will bring plenty to us and will cause a lot of problems to back fours in this league.”

The Bangor-born forward began his career at Cardiff City but was released by the Welsh side in 2010.

He then moved to Scotland and joined Aberdeen. After three-and-a-half seasons with the Dons, where he scored 20 goals in 123 appearances, he signed for Kilmarnock on a three-year deal and last season was the club’s top scorer with 13 goals.