UEFA Women's Under-19 Championship on its way 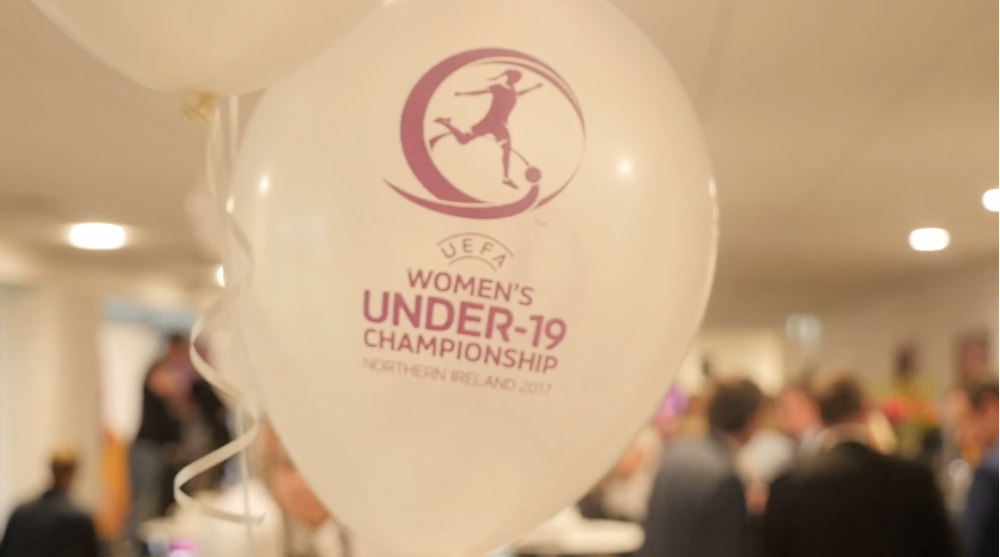 The Irish Football Association welcomed a host of guests to the National Football Stadium at Windsor Park this evening (11th August) to launch the 2017 finals of the UEFA European Women's Under-19 Championship which will be played at venues across Northern Ireland.

Eight national teams, including Northern Ireland as hosts, will participate in the prestigious 16-day tournament next summer.

The Irish FA believes hosting such a major youth finals tournament will showcase Northern Ireland at its best, including our football, our facilities, our culture, our history, our fans and our unconditional love of the game.

Irish FA President David Martin said: “As an association we are committed to developing women’s football and we see this tournament as an opportunity to grow the game at a local level.

“I am confident that we will deliver the best quality under-19 tournament that UEFA have experienced to date. We have an effective local organising group and great support from government departments, local councils, sponsors and UEFA.”

Tournament Director Sara Booth said: “The UEFA Women’s Under-19 Championship will be the first time an international female football tournament of this magnitude has been staged in Northern Ireland.

Sports Minister Paul Givan MLA was on hand to witness the opening of the tournament. He said : “I am delighted to be at the launch of the UEFA Women’s Under 19 tournament and  it is a significant achievement that the UEFA Executive Committee has awarded the IFA host status for the UEFA European Women’s Under-19 Championship in 2017.  Increasing female participation in sport in Northern Ireland is a key priority.  It is therefore encouraging to see more females becoming involved and enjoying football as a sport.

“I wish the IFA every success with hosting the UEFA European Women’s Under-19 Championship and I’m sure we can all look forward to a very exciting tournament in 2017.”

Members of the Northern Ireland Women’s U19 team and National Women’s Coach Alfie Wylie unveiled the tournament mascot, which was designed by Eadie Fallis.

Eadie entered a mascot design competition along with her P7 classmates at Jones Memorial Primary School in Enniskillen, County Fermanagh.  Her design was selected from more than 3,500 entries provided by primary school boys and girls across Northern Ireland.

The concept was then brought to life by Rainbow Productions who have delivered sporting mascots for the Olympic Games, FIFA World Cups, UEFA European Championships and a variety of professional clubs across the UK and Europe.

The tournament will take place from 8th-20th August 2017 in venues across Northern Ireland. Qualifying for the tournament begins this October with the official draw for the finals taking place in June 2017.

Further information about the UEFA Women’s Under 19 Championship can be found on the tournament’s official website www.irishfa.com/uefawu19 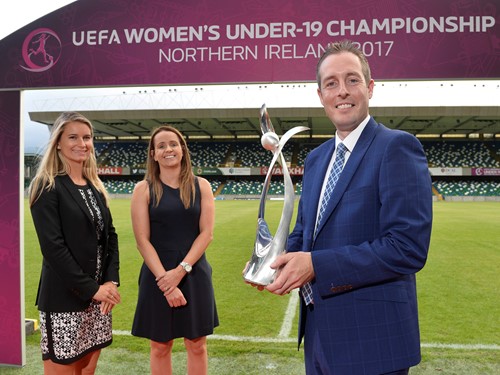 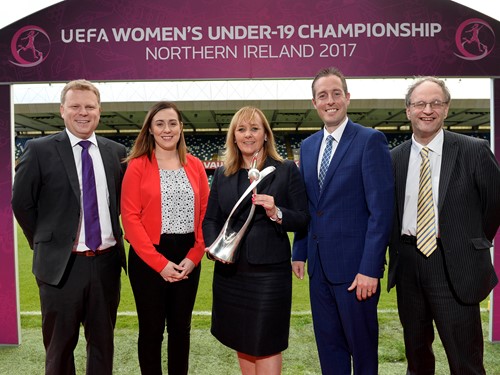 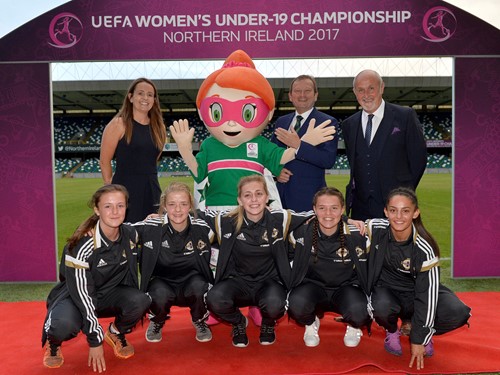 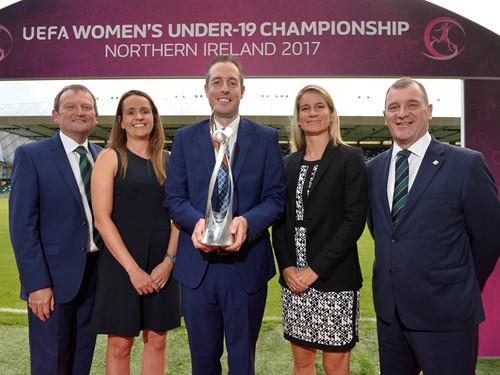