McNair moves to Stadium of Light 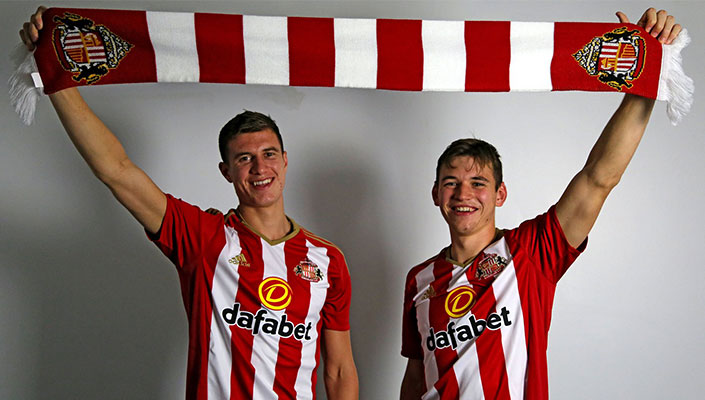 Moyes has also snapped McNair’s Old Trafford colleague Donald Love, who has also put pen to a four-year contract, in a double swoop believed to be costing the Black Cats a combined fee of £5.5 million.

“Paddy is a young, athletic player who is improving all the time,” said Moyes. “He has experience for Northern Ireland and we want to bring as many international players to the club as we can.

“I want to add some young players to the squad as well as some senior players and both of them have got really good potential and the opportunity to improve.

Twenty-one year old McNair made a total of 27 appearances for United during his five years at Old Trafford after being given his debut by Louis van Gaal against West Ham in September 2014.

International boss Michael O’Neill gave him his senior debut in the 1-0 defeat to Scotland in March 2015 and he now has a total of 11 caps to his name.

McNair, who has also been utilised very effectively as a defensive midfielder by Michael O’Neill, played in the opening game at EURO 2016 against Poland and also as a substitute in the memorable victory over the Ukraine in Lyon.