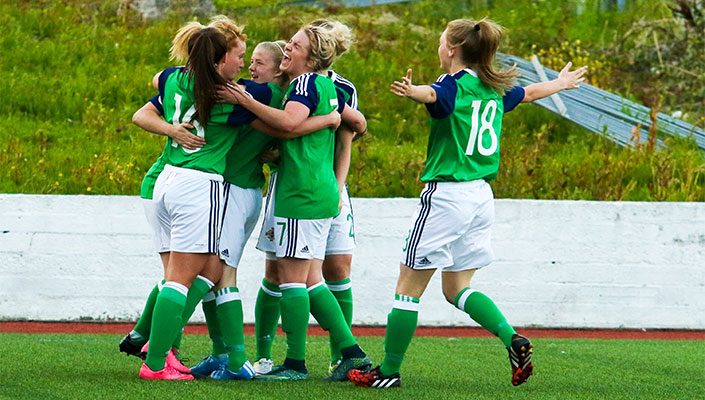 Alfie Wylie's side currently sit fifth in Qualifying Group Six, three points and one place below Wednesday's visitors, albeit with a game in hand.

It has been an, at times, challenging campaign so far but with two wins to their credit, Wylie's charges will go into Wednesday's game with a certain amount of confidence not to mention a whiff of revenge in the air after having lost the last time the sides met back in June.

"We've been provided with a good opportunity to prove we didn't deserve to lose by three goals last time. The girls worked hard during that game and have impressed me since with their hunger to improve.

"We know we have to keep getting better and better. We need to make that way of thinking contagious. The girls know they'll always have to play to their limits, to come in at full-time having left nothing behind, with no regrets and to keep learning."

Wylie has named a 20-strong panel for the game, with over half the squad playing locally in the Danske Bank Women's Premiership and this is something he is keen to impress upon anyone considering attending on Wednesday night.

"I would encourage the footballing public to come along to Mourneview to see the best of our homegrown talent and get behind the girls. It shows exactly what is possible when you work hard and put in the effort."