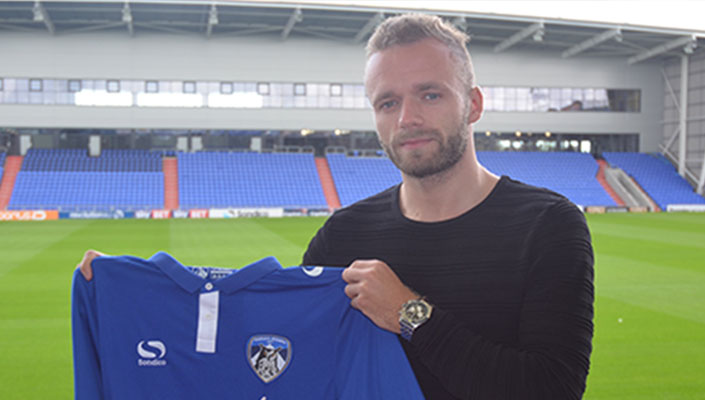 Northern Ireland defender Ryan McLaughlin has signed a one year-deal with Oldham Athletic.

Former Northern Ireland assistant manager Stephen Robinson, now in charge of the League One side, was pleased to have secured the signature of the talented right-back who now becomes his 16th signing since arriving at Boundary Park last month.

“Ryan gives us something we haven’t got at the moment which is a bit of pace and energy out wide,” said Robinson, who also has the option of extending the deal for the 21 year-old for a further twelve months.

“He is a lad I’ve known since the age of 12 so he brings a lot of pace, energy and quality. He’s had a good grounding at Liverpool so we are looking for Ryan to make a big impact.

“He has only trained four days at this moment in time so he will be someone that we have to take gradually and not someone we can rush but he will be a very good addition to the squad.”

McLaughlin, who can also play on the right-wing, was at Liverpool for five years and gained some first-team experience during loan spells at Barnsley and Aberdeen.

He has three senior caps to his name, his first coming under Michael O’Neill in the South American tour of 2014 when he came on as a substitute against Uruguay and his last appearance being in the 1-0 friendly defeat to Scotland in March 2015.