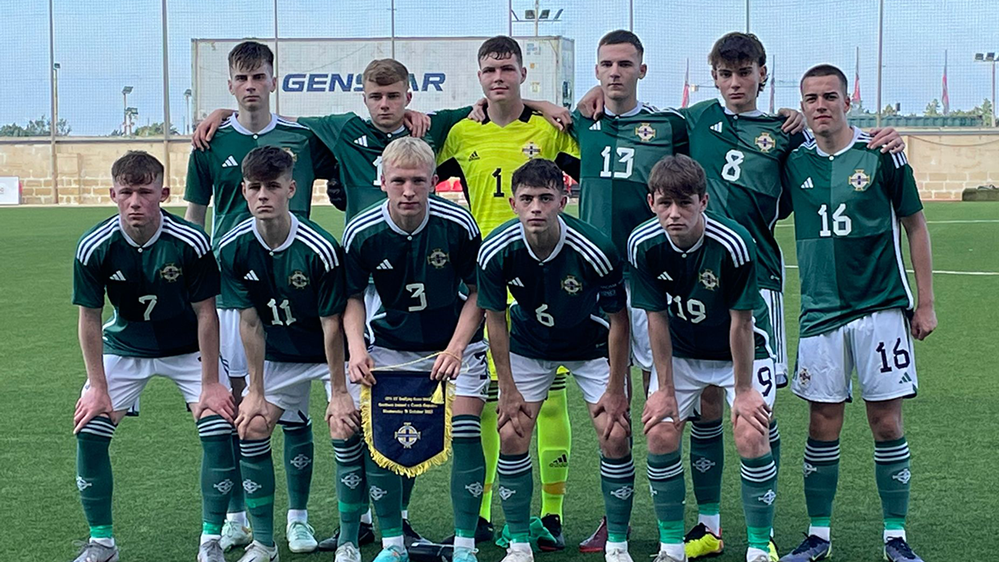 Boss Gerard Lyttle made several changes from August’s narrow 4-3 defeat to Sweden in the Nordic Cup.

Bohuslav Musil called NI ‘keeper Lorcan Donnelly into action early on before Sam Anderson did likewise at the other end, testing the Czech stopper Stefan Jovanoski with 18 minutes on the clock.

A minute later Brendan Hamilton tried his luck with an effort on goal but there was no way through.

Midway through the half Adam Binar controlled a cross from the left and saw his shot clip the top angle of the post and crossbar.

Ten minutes before the break Lorcan Donnelly was called upon again to deny David Hájek.

Early in the second session Oscar Kelly turned his marker and cut inside but his shot was handled by Jovanoski.

The deadlock was broken on 54 minutes when Czech Republic forward Samuel Pikolon latched on to a long ball through the middle and found the bottom corner.

Pikolon was cautioned for his celebration and less than 10 minutes later he was red-carded after picking up a second yellow for a foul on Lorcan Donnelly.

Rhys Walsh went close to netting the winner when he cut inside from the left wing only to see his effort zip narrowly wide of the target.

Overall it was a tough game and we were expecting that. Czech Republic are a strong nation who always produce good players. They were very physical but I thought the boys put in a great shift. I thought they were excellent in everything we handed to them in terms of the game plan.

Maybe with a bit more belief we could have gone on and won the game.

Lorcan Donnelly has pulled off some really good saves at crucial times.

We’ll take the point and it’s always important in the first game that you don’t lose.