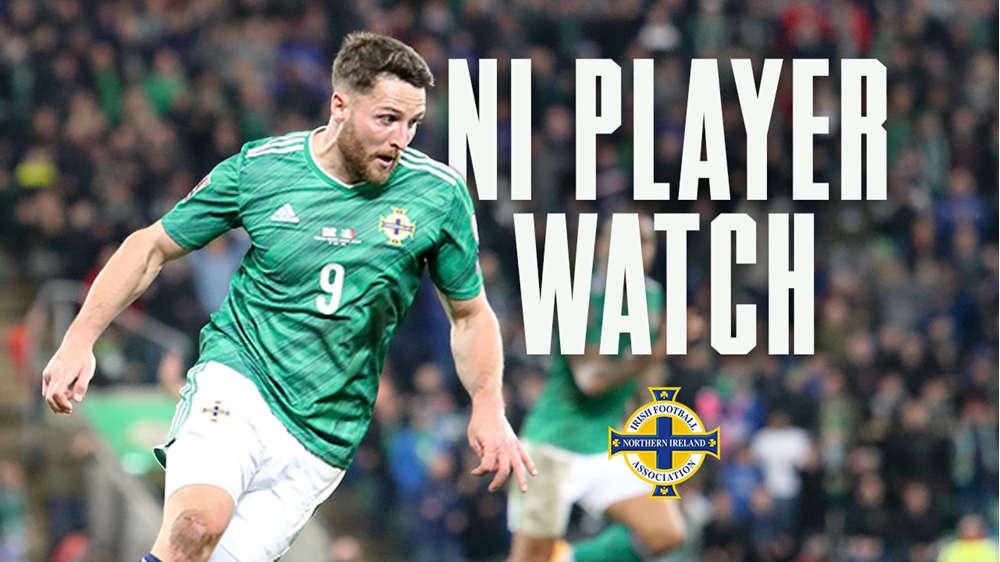 Just two months after making the move from Larne to Premier League outfit Crystal Palace former Northern Ireland under-21 international Kofi Balmer was selected in the South London club’s match day squad for the first time at the weekend.

The 22-year-old was named as a substitute by Palace boss Patrick Vieira for the visit of Leicester City, who were without the injured Jonny Evans, and although he failed to get any game time Balmer admitted it was a great experience for him.

“I found out I was in the squad on Thursday afternoon,” Balmer told irishfa.com, “It has to be one of the best experiences I’ve had so far.

“I had hoped to be in and around the first-team squad with training and thankfully I’ve hit the ground running, and have now broken through to be involved with the squad.”

Meanwhile in the Championship, Conor Washington fired home his second goal of the season as Rotherham United picked up their first win under new manager Matt Taylor with a 2-1 Yorkshire derby success at home to Huddersfield Town who had 18-year-old Brodie Spencer on the bench.

“It was a quality finish.” Taylor told to Rotherham United website after the game. “Conor’s work rate is second to none, but centre-forwards are always judged on goals and I’m delighted he scored another one today.

“That’s two so far for the season, he’ll want to keep on improving that and with our style of play and principles hopefully he will get some joy.”

Elsewhere in the Championship, goalkeeper Bailey Peacock-Farrell returned to the role of substitute for Burnley’s 4-0 home victory over Swansea City, while Ali McCann, Paddy McNair, George Saville and Shayne Lavery all started for their respective clubs on Saturday.

It was a particularly eventful day for former Linfield striker Lavery, who provided an assist for Blackpool’s third goal in the 3-3 draw at Sheffield United, was then replaced in the 82nd minute of the game and after the final whistle was shown a red-card after both teams became involved in a melee.

Also on the scoresheet over the weekend was Will Grigg who hit a consolation for MK Dons who were soundly beaten 4-1 at home by Plymouth Argyle and Sarah McFadden who scored the winner for Durham Women in their 2-1 Championship success against Lewes in the seventh minute of injury time.

In the Women’s Super League, Northern Ireland goalkeeper Jackie Burns saved a penalty in her first league start of the season for Reading Women in the 1-0 defeat to Arsenal, while her club and international colleague Lauren Wade came on as a substitute to play the last quarter of the match for the home side.

On-loan goalkeeper Conor Hazard failed to celebrate winning the league title with Finnish side HJK last week with a win after suffering a single-goal defeat at home to KuPS in their final league match of the campaign.

The prolific Callum Marshall, who has scored 9 goals in 4 outings for West Ham United U18’s this season, found the net for the first time after being promoted to the U21’s as they drew 2-2 at Blackburn Rovers in the U21 Premier League.

“It felt very good to get my first hat trick of the season and win the game,” he told irishfa.com. “Hopefully there are more to come over the course of the season.

“If I carry on playing the way I am and scoring goals I am hopeful I can get an opportunity to show what I can do for the 21s.”