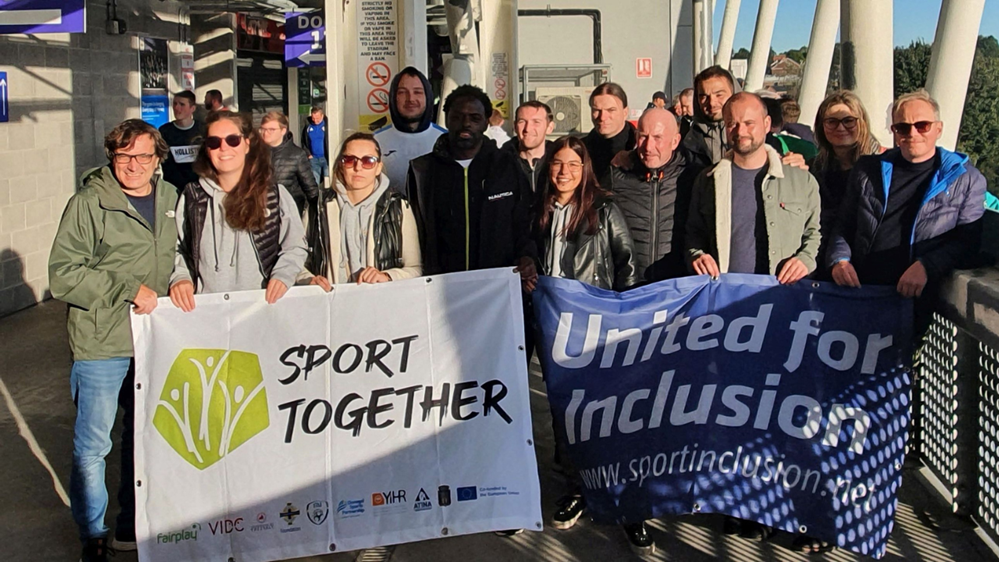 The Irish FA Foundation has hosted a meeting in Belfast as part of a cross-European project aimed at strengthening social inclusion in divided communities.

The Sport Together project has a focus on young people and girls and to increase participation of disadvantaged groups - in particular refugees and newly-arrived migrants and minorities - in grassroots sport.

Co-funded by the Erasmus+ Programme of the European Union, with seven partner countries, it is aiming to tackle threats to social cohesion through training, education, awareness-raising, capacity-building of sport stakeholders and cross-community youth sport.

The purpose of the meeting in Belfast was to share learning from the partners’ various projects based around the social inclusion of people through sport in post-conflict regions.

Initially the 30-month project, which began in March last year, has been looking at ongoing ethno-political divisions in the western Balkan states and on the island of Ireland, however in the coming months the focus will switch to the continued challenges following the so-called EU refugee crisis.

The Irish FA Foundation’s Community Relations Officer, Andrew Hardy, said: “We took the opportunity as part of the annual Good Relations Week to gather as a group to share ideas and explore potential growth in each country. This was another key milestone for the project.”

During the meeting the partners attended the UEFA Nations League game between Northern Ireland and Kosovo. And a tour of Belfast focusing on peace and reconciliation opened up dialogue and discussion.

David Hudelist, Sport Together project co-ordinator from the VIDC-Fairplay Initiative in Austria, said: “Belfast was a great experience for all of us. We learnt a lot about the cohesion of football, peace and reconciliation, and cross-community work.

“The Irish FA Foundation is doing great work in this area and we were provided with a lot of inspiration and motivation for our further activities.”

Apart from the Irish FA Foundation, the project is being supported by the Football Association of Ireland, Vienna Institute for International Dialogue and Cooperation (VIDC) - Fairplay Initiative (Austria) and Serbia-based NGO Atina, a citizens’ association for combating human trafficking and all forms of gender-based violence.

The other partners are Youth Initiative for Human Rights, based in Bosnia and Herzegovina, University of Thessaly in Greece, Donegal Sports Partnership in the Republic of Ireland and Nogometni klub Zagreb 041 (Croatia).