NIPW | Northern Ireland players back in action for clubs this weekend 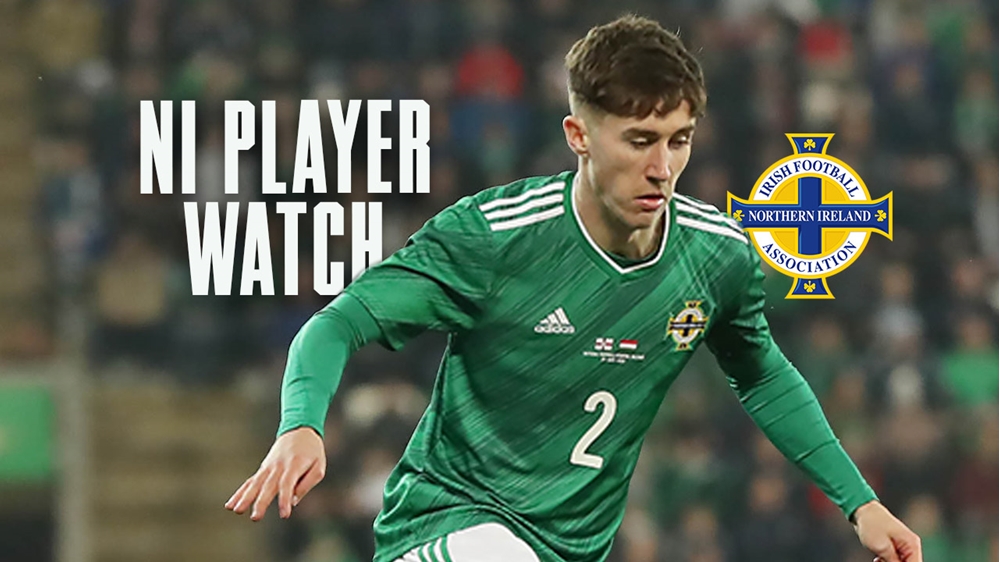 Northern Ireland defender Trai Hume made his first league start of the season as Sunderland slumped to a 4-2 home defeat to Burnley at the weekend.

The 20 year-old, who moved to the Stadium of Light from Linfield back in January, has had to bide his time to break into the first team this season but he was delighted to make his first Championship start on Saturday.

“It was good,” Hume told irishfa.com. “It was bittersweet but it felt good to be making my first start but when the result doesn’t go your way it doesn’t feel great.

“Hopefully I can kick on from here and start and play as many games as possible in the future."

After making 68 appearances in the Irish League with Ballymena United and Linfield, Hume feels he has settled well into his new environment.

“I feel comfortable and settled now. It was always going to take a bit of time when moving over,” he added, “but I feel good and I get along well with the players. They are top lads, so it made the transition easier.”

Elsewhere in the Championship there were also starts for Hume’s Sunderland team-mate Corry Evans,  Ali McCann, Paddy McNair, Conor Washington and Shane Ferguson who also provided an assist for Rotherham United’s opening goal in their 4-2 home defeat to Hull City.

Meanwhile in the Premier League defenders Kofi Balmer and Jamal Lewis were again unused substitutes for Crystal Palace and Newcastle United respectively, while Jonny Evans was missing for a third successive game through injury as Leicester City put four past Wolves at Molineux.

In League One goalkeeper Luke Southwood, who is on a season-long loan at Cheltenham Town from Reading, saved a first half penalty for the Robins but his heroics were to no avail as his side fell to a 1-0 defeat at Burton Albion.

Seventeen-year-old striker Samuel Glenfield made his league debut for Fleetwood Town, playing the final nine minutes of their 2-1 defeat at Exeter City on Saturday. It was his fourth first team appearance for the club since moving from Portadown in the summer.

On the goalscoring front Conor McMenamin’s 13th minute strike was enough to secure all three points for Glentoran who remain unbeaten in the Danske Bank Premiership following their 1-0 success at Newry City.

In the Women’s Super League Jackie Burns made her second successive start for Reading and Lauren Wade came on as a second half substitute as they narrowly lost 3-2 at West Ham, while Rachel Furness was used as a substitute as Liverpool went down 2-0 at home to leaders Arsenal.

Finally Under-19 international striker Reece Evans scored in Leicester City's 5-1 victory over Crystal Palace in the U18 Premier League.