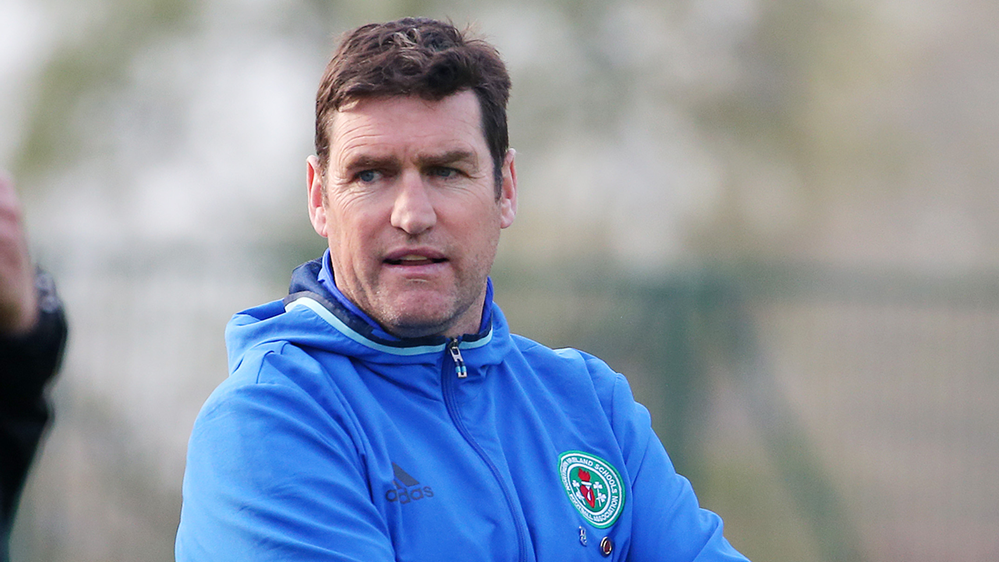 It was with sadness that the Irish Football Association learned of the passing of Frankie Wilson.

The 52-year-old was a well known and respected figure in football circles within Northern Ireland, firstly as a player in the Irish League and later as a coach and manager.

Wilson was the current boss of the Northern Ireland Under-18 Schoolboys’ team who compete in the annual Centenary Shield competition.

The father-of-three, who was head of PE and Sport at Our Lady and St Patrick’s College Knock in east Belfast, was also the current manager of NIFL Premier Intermediate side Banbridge Town.

As a player Wilson was a defender for Bangor, Distillery, Cliftonville, Ballyclare Comrades, Carrick Rangers, Larne and Omagh Town, and he was also an Antrim GAA star.

After hanging up his boots Wilson managed Bangor, with whom he won the Steel and Sons Cup in 2011, and was assistant manager of Lurgan Celtic, then a Championship One side, when they reached the semi-finals of the Irish Cup back in 2016. He also managed Sport and Leisure Swifts.

Irish FA president Conrad Kirkwood said: "Frankie had huge enthusiasm for, and made a lasting contribution to, the game here in Northern Ireland.  I witnessed first-hand his great work with the Northern Ireland Schools' FA and his loss will be felt by everyone he knew."