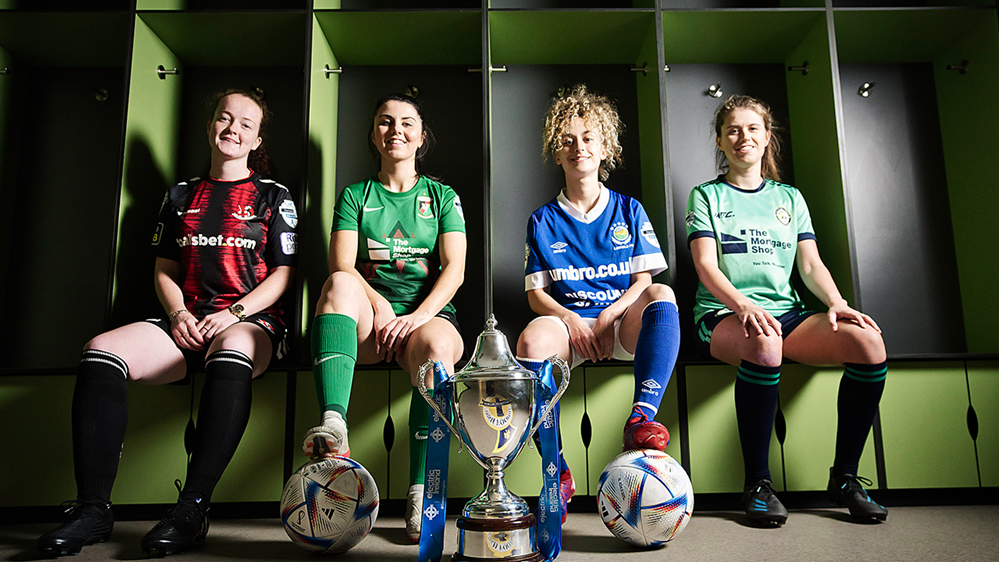 Saturday will see holders Glentoran Women facing Linfield Ladies while Crusaders Strikers will bid to reach a second consecutive final as they do battle with Sion Swifts.

Glentoran will be looking to ensure they retain the trophy but they will have to see off their derby rivals first. Linfield Ladies, although nine points behind their opponents in the current league standings, will be aiming to stop the east Belfast outfit reaching the showpiece. 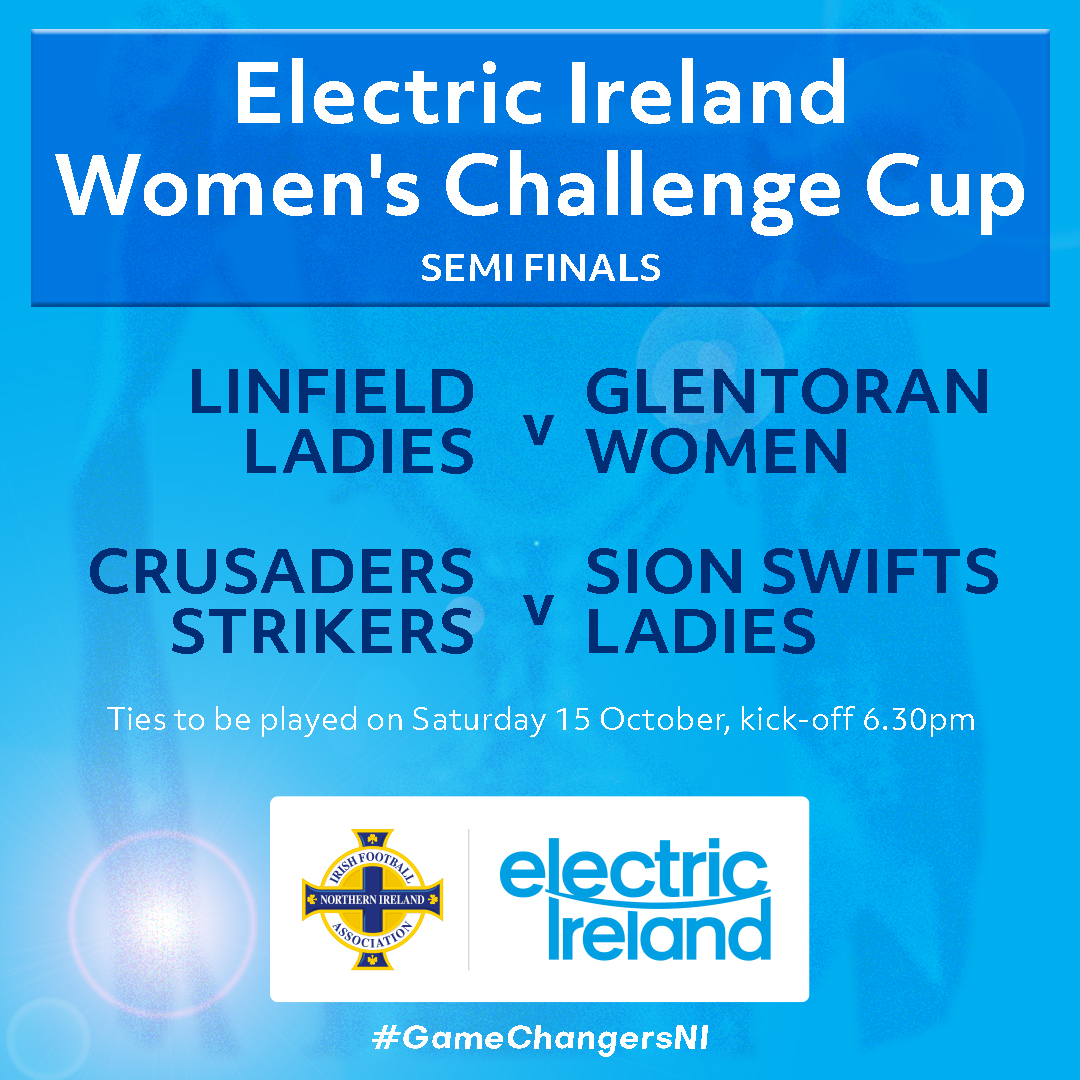 Glentoran Women midfielder Chloe McCarron said: “The main goal is to win; we’re the ones that people want to take the cup off however we need to keep in mind that we need to earn it.

She added: “It’s bittersweet for me because I played for Linfield for four or five seasons so it’s one of those games that I want to win personally. We know what they are about, and each team makes it difficult to win but just like every match, we’re aiming to come away as winners.”

Crusaders Strikers are set to bring a fighting spirit as they aim to bounce back from their defeat in the 2021 final.

Midfielder Danielle Tuffey said: “This year we have aspirations to go and do one better than last year with our squad. We are stronger, fitter and better. We hope we will get through to the final, put last year out of our minds and that the girls get some reward for the hard work and sacrifice they’ve made.”

The Electric Ireland Women’s Challenge Cup final is set to take place on Saturday 5 November at the National Football Stadium at Windsor Park.