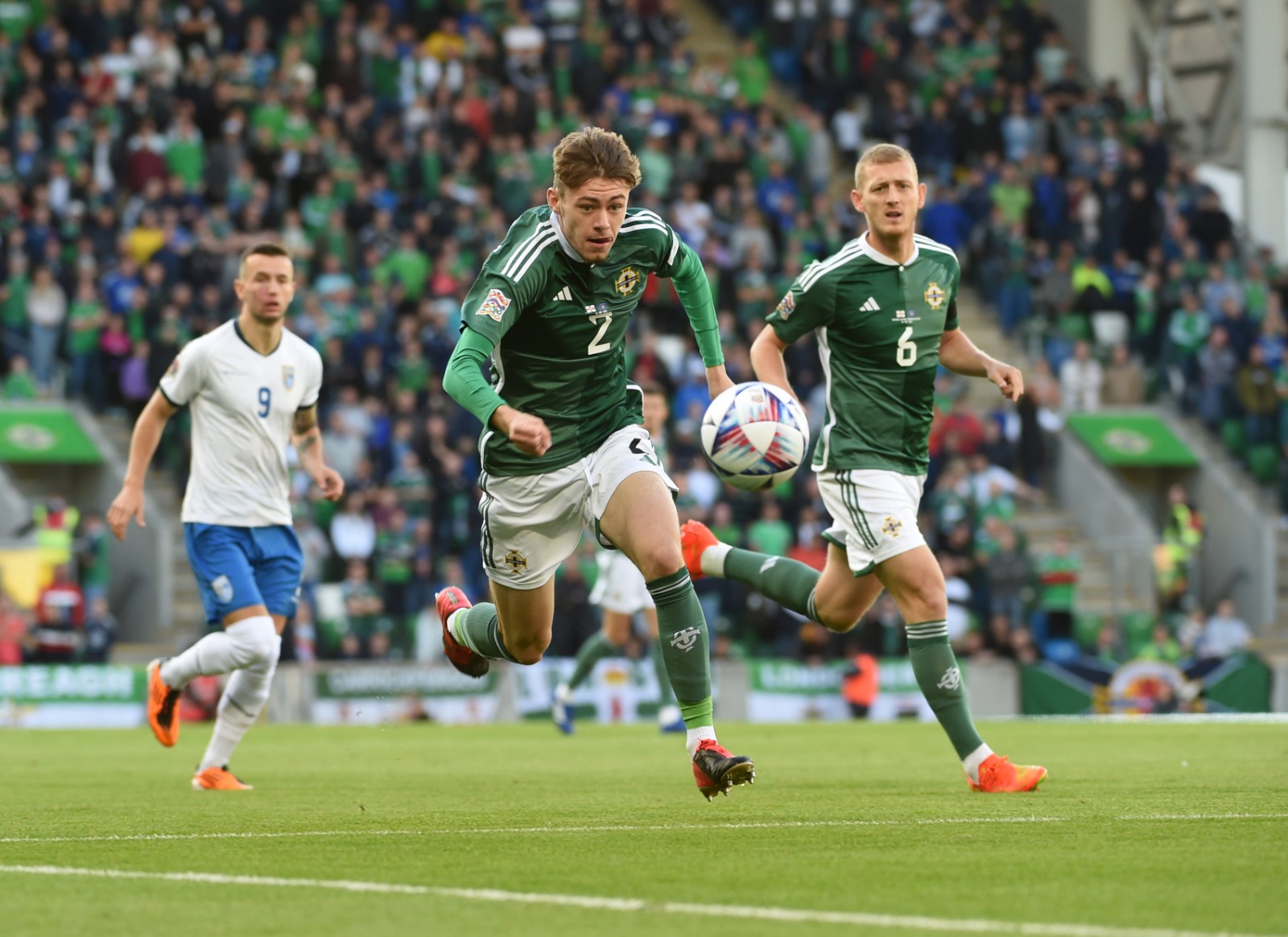 Northern Ireland will begin their Euro 2024 qualification campaign with an away trip to San Marino in March and finish it with a home match against Denmark next November.

UEFA has just confirmed the fixture list for six-team Group H following today’s draw for the qualifiers which was staged in Frankfurt. Germany is set to host UEFA Euro 2024 in the summer of that year. 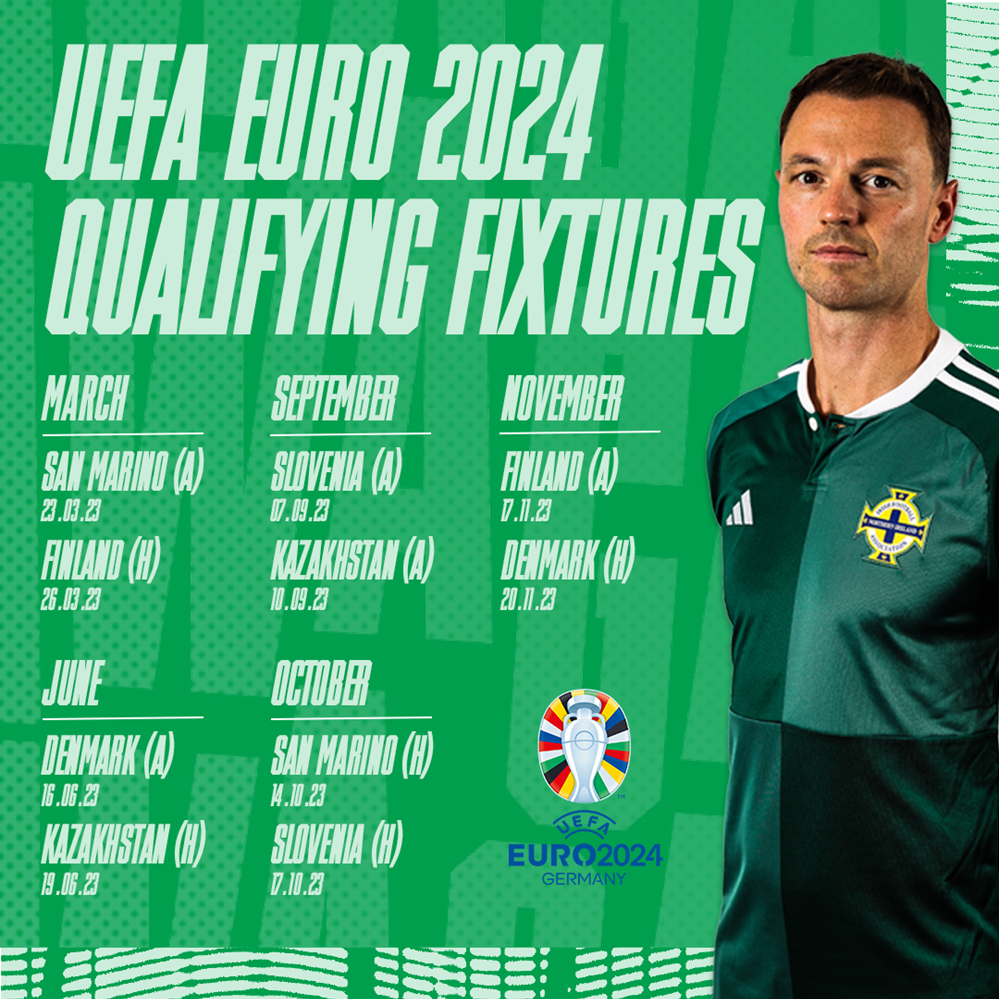 The game against San Marino on Thursday 23 March next year will be followed by a home qualifier against Finland, the second seeds in the group. The Finns are due to visit the National Football Stadium at Windsor Park on Sunday 26 March.

Matchday three will see Ian Baraclough’s side face top seeds Denmark away on Friday 16 June, while they will be at home to Kazakhstan on Monday 19 June.

At the start of September they face a double header away from home. First up is a trip to Slovenia on Thursday 7 September, and that game will be followed by a long journey to Kazakhstan for a qualifier on Sunday 10 September.

The following month there will be a home double header. San Marino are scheduled to visit Belfast on Saturday 14 October, while Slovenia will be the visitors to the National Football Stadium on Tuesday 17 October.

Northern Ireland’s penultimate game in the group is set to be an away encounter against Finland on Friday 17 November.

And their final qualifier has been pencilled in for Monday 20 November when they will take on the Danes in Belfast.

In today’s draw Denmark were drawn from Pot 1, while Finland were a Pot 2 team. Slovenia were plucked from the third pot and Kazakhstan the fourth pot. Northern Ireland were in Pot 5, with San Marino in Pot 6.

The 10 group winners and the 10 group runners-up will qualify directly for the final tournament. The three remaining spots will be completed with teams that qualify through play-offs in March 2024. Germany automatically qualify as hosts for the 24-team tournament.