Striker Dion Charles claimed his fifth goal of the season as Bolton Wanderers made it four straight wins following a 2-0 home success over Lincoln City in League One at the weekend.

Charles, who impressed in his first start for Northern Ireland in the 2-1 win over Kosovo, broke the deadlock in the 40th minute when he converted from the penalty spot to make it four goals in his last five outings for the Trotters.

Also in the Bolton line-up was the highly-rated Conor Bradley who put in another impressive performance at right-wing back.

In the Premier League, Jamal Lewis came off the bench to play the final seven minutes of Newcastle United’s emphatic 4-1 victory at Craven Cottage against ten-man Fulham. It was the 24-year-old’s first Premier League appearance since December 2021.

Meanwhile in the Championship, Jordan Thompson was absent from Stoke City’s 4-0 home defeat to Watford after failing to recover from a head injury he picked up against Greece on Tuesday night.

Corry Evans and Conor Washington were the only two players to earn starts for their respective clubs on Saturday, though Josh Magennis, George Saville, Paddy McNair, Shayne Lavery, Ali McCann and Gavin Whyte all managed some game time as substitutes. 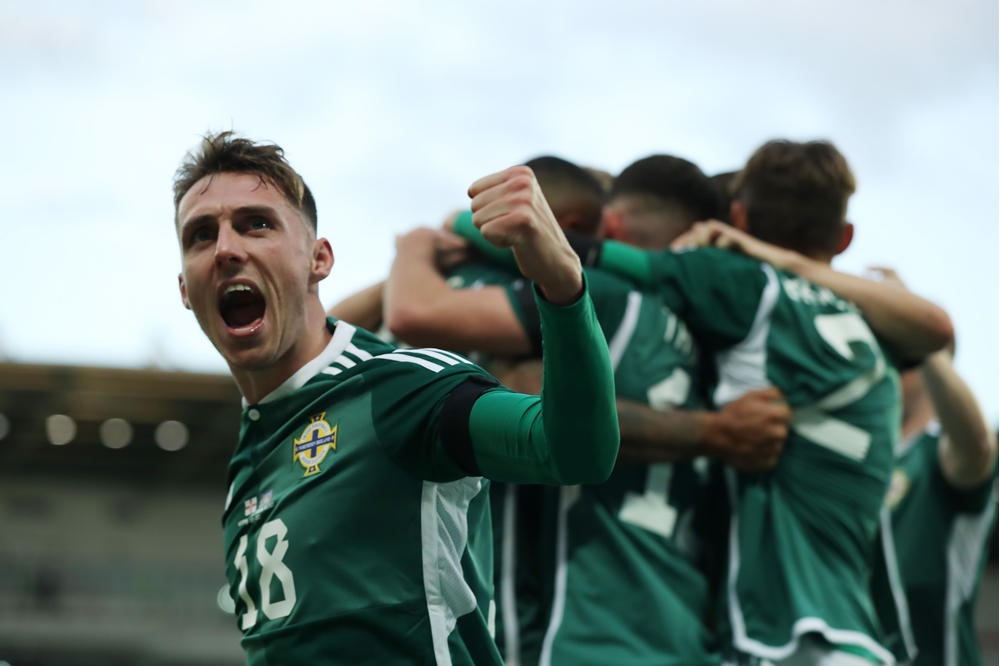 Whyte, who scored and provided the assist for Magennis’ winner against Kosovo, impressed again despite only coming on for the final 17 minutes of Cardiff City’s 1-1 draw at home to Burnley.

“I thought I did well in a short space of time I had,” commented the former Crusaders forward. “I just tried to get involved in the game, it was just good to be back out there for Cardiff again.

Last week Cardiff City interim manager Mark Hudson complimented Whyte on his attitude and professionalism despite not getting regular starts for the Championship outfit this term.

“My attitude is always good in training even if I’m not playing,” added the 26-year-old. “I just need to keep working hard and try to get in the team and stay there.”

In the opening Group games in the Women’s League Cup, Demi Vance played her first full ninety minutes for Leicester City who defeated Blackburn Rovers 3-0 and Northern Ireland goalkeeper Jackie Burns made her debut for Reading who lost 2-1 at home to Spurs.

After the game, Jackie said: “To get my debut for Reading was special, especially against a quality team like Tottenham. It was an unfortunate result but overall I felt it was a good team and personal performance once we got going!

“Settling in at Reading has gone quite smoothly, especially with Lauren (Wade) being here as we both came around the same time.

“The team has made it feel comfortable from the get-go and the coaches are great and working hard to continuously help me to get better.” 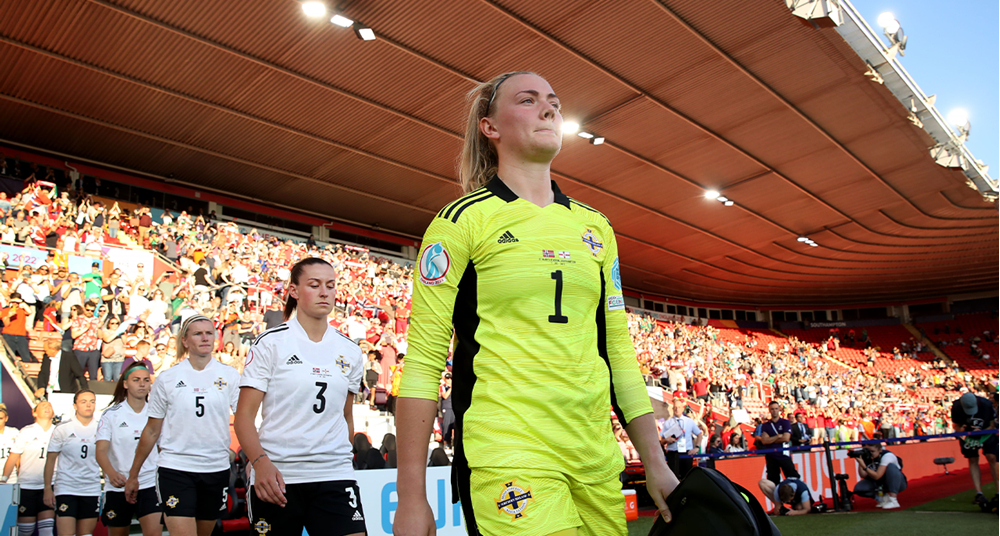 In Scotland, international skipper Steven Davis played the second half of Rangers 4-0 Premiership win at Hearts, a result that keeps them two points behind leaders Celtic.

Elsewhere in the division former Coleraine midfielder Brad Lyons made his first start of the season for Kilmarnock alongside winger Jordan Jones as Killie suffered a 4-1 loss at Aberdeen.

It has been a good week for Ipswich Town 16-year-old striker Rio Oudnie-Morgan, who after helping the Northern Ireland under-19 side qualify for the Elite stages of the European Championships, came off the bench on Saturday to score twice for his club in a 3-1 win over Colchester United U18’s.

Speaking about his progress at both club and international level this season Rio said: “Playing with Northern Ireland has definitely helped with my development.

“With Ipswich, I have a had a good start to this season, I try to demand more from myself every day and the environment that I’m in around the training ground every day helps me.”