U16s get set for kick-off in Victory Shield 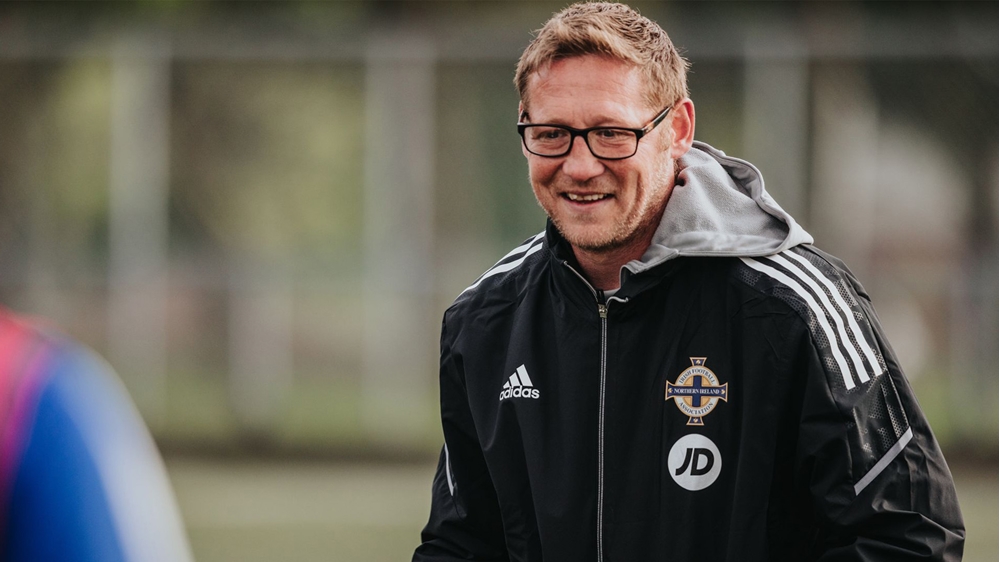 Northern Ireland’s Under-16s are off to Waterford this weekend to compete in the Victory Shield.

The international tournament, featuring Republic of Ireland, Scotland and Wales as well as Northern Ireland, is being hosted by the Football Association of Ireland this year and is set to be staged from 30 October until 4 November.

Scotland will be Northern Ireland’s first opponents. They are scheduled to face each other at Tramore AFC’s ground on Sunday (30 October) at 2pm.

Game two will see Northern Ireland come up against hosts Republic of Ireland in Tramore nextTuesday (1 November) at 7pm.

And their final game is next Friday (3 November) against Wales at 11am, and once again they will be playing in Tramore.

U16s head coach Kris Lindsay has selected a 22-man squad for the competition.

The squad boasts 15 players who have come through the Irish FA JD Academy, and it features two players, goalkeeper Will Murdock and striker Oscar Kelly, who have been selected from clubs based in England. Murdock is on Manchester United’s books, while Kelly plays for Rochdale.

The U16 team go in to the tournament in positive mood after competing well in friendlies against Finland U16s and Estonia U16s earlier this month. They defeated the Estonians 3-1 and narrowly lost 3-2 to the Finns.

Andy Waterworth, Head of Elite Player Development at the Irish FA, said: “We are really looking forward to the challenge the Victory Shield brings.

“Ultimately it is another part of the elite player development programme and the Northern Ireland team will go to Waterford boasting a squad of talented and enthusiastic players who will soak up every aspect of the tournament. Our key priority is to use it as a learning opportunity for players.”

The U16s team is run by the Irish FA in conjunction with the Northern Ireland Schools’ FA.

Nineteen of the 20 players who were in the squad for the final friendly against Estonia have retained their places. The three additions are Linfield striker Ceadach O’Neill, Linfield defender Alex Watson and Derry City striker Mikey Harkin.

Three of the players have just returned from Malta where they were part of the Northern IrelandU17s squad that competed in Euro qualifiers. They are Linfield defender Calum Moreland, who scored against Malta U17s yesterday, Rochdale striker Kelly and Derry City midfielder Jack Doherty.

The U16 Schoolboys’ competition is run by the Schools’ Association Football International Board.The shield was presented to SAFIB in 1947 to mark, as suggested by its title, victory by the Allies in World War II. 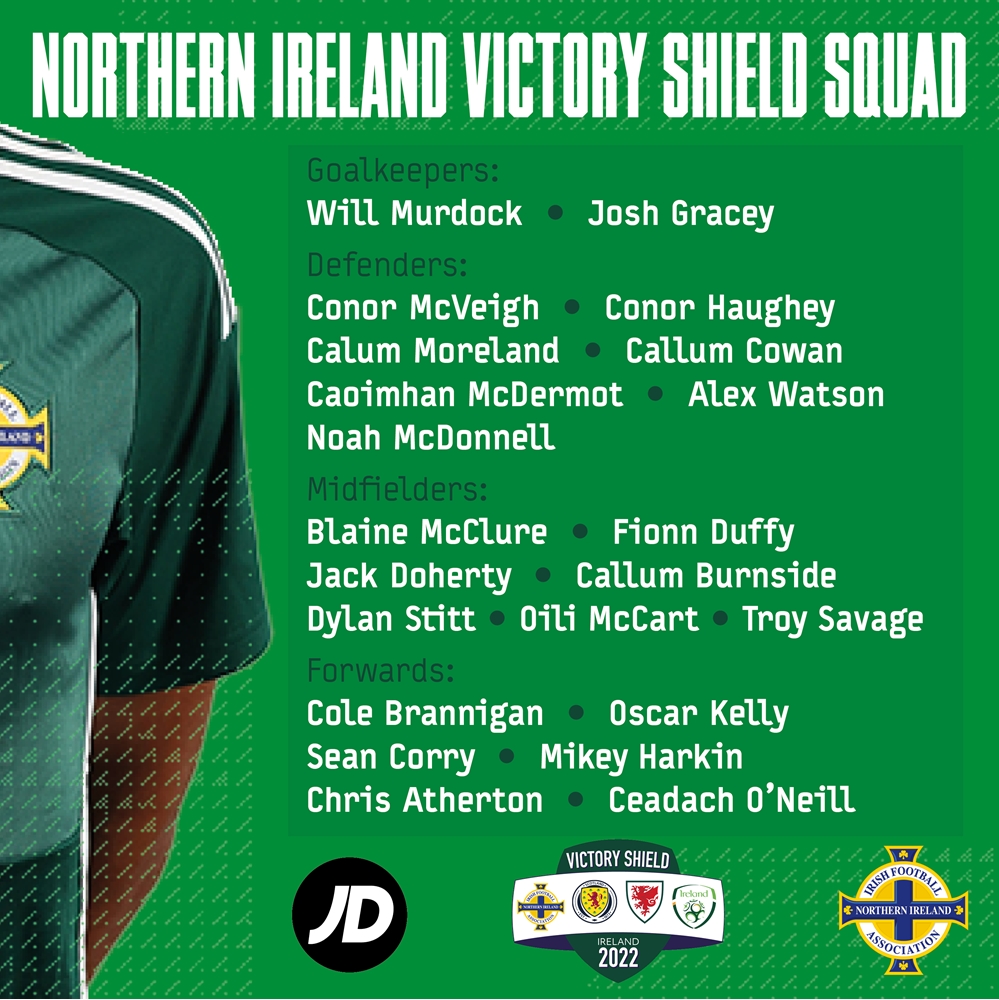