Northern Ireland set to take on Swedes in Regions’ Cup 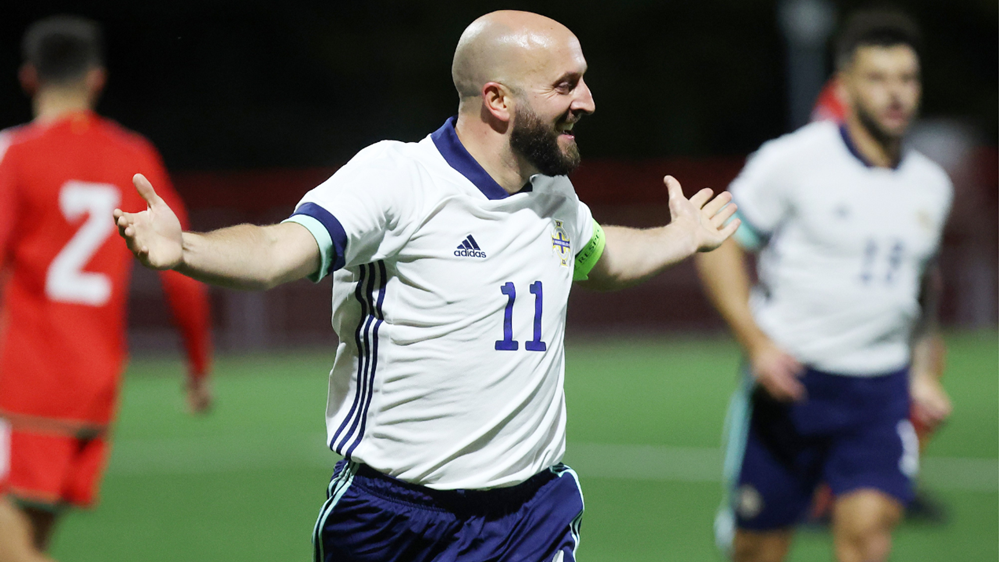 Northern Ireland junior international team captain Barry McKervey is confident the team can bounce back after they began their latest UEFA Regions’ Cup campaign with a defeat.

Northern Ireland, managed by Ballinamallard United boss Harry McConkey, are due to play their second game in Intermediate Round Group 4 at Inver Park in Larne later today (8pm start) when Region of Gothenburg will be the opposition.

And McKervey, who scored twice in the 3-2 matchday one defeat to Tim Rhanbarthol Cymru at the same venue, believes the players will want to put things right against the Swedes, who lost their opening game against Zlin 8-1.

"We just have to go again. If we win this one you just don’t know what will happen," the skipper pointed out.

The Welsh and Czech teams are also set to meet today. Their encounter is due to kick off at Crusaders’ Seaview Stadium in Belfast at 2pm.

Northern Ireland will be hoping they have something to play for on the final matchday on Sunday (16 October) when the Welsh and Swedish representative teams are scheduled to meet at Inver Park and Northern Ireland will lock horns with Zlin at Cliftonville FC’s Solitude Stadium. It’s a 2pm start for both games – and there’s free admission to all the games.

The Northern Ireland captain further admitted the defeat against the Welsh on Monday was "hard to take".

Northern Ireland dominated the early exchanges before Wales took control and led 2-1 at the break. However, McConkey’s charges bossed the second half and grabbed an equaliser, only to concede late on against the run of play.

"The Welsh were the better team in the first half but in the second half I thought we did well. We were definitely on top. We created chances, however if you don’t take chances you get punished and that’s what happened. You just have to take it on the chin," he said.