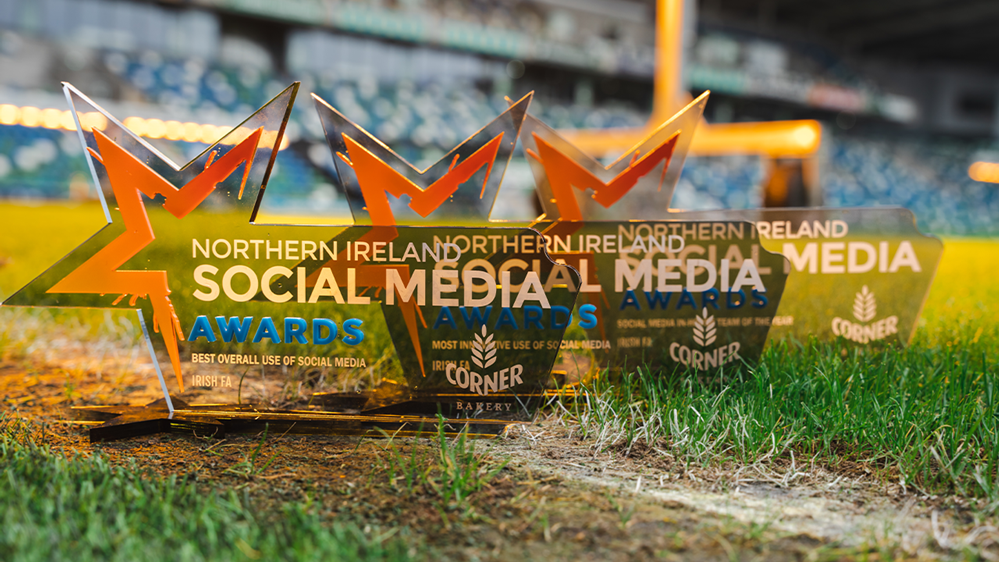 Landing a hat-trick of awards, the digital team in the Irish FA’s communications department scooped the In-House Team of the Year, Most Innovative Use of Social Media and Best Overall Use of Social Media gongs at the Northern Ireland Social Media Awards, held at Belfast’s Europa Hotel on Saturday evening (1 October).

John Gillespie, Digital Content Manager at the Irish FA, said: “I am absolutely thrilled our team has won these prestigious awards.

“We had success at the inaugural event in 2019 when we won Best Overall Use of Social Media, so to follow that up with a hat-trick of awards is superb.

“The team works hard to produce social media content on that showcases our national teams, the work of the association and the Irish FA Foundation.”

Danny Lynch, Director of Communications at the Irish FA, added: “This is justified recognition for the team.

“Our mission is to promote, foster and develop football for all in Northern Ireland and we know the digital content we create plays a key role in doing this, whilst creatively supporting all aspects of the organisation.” 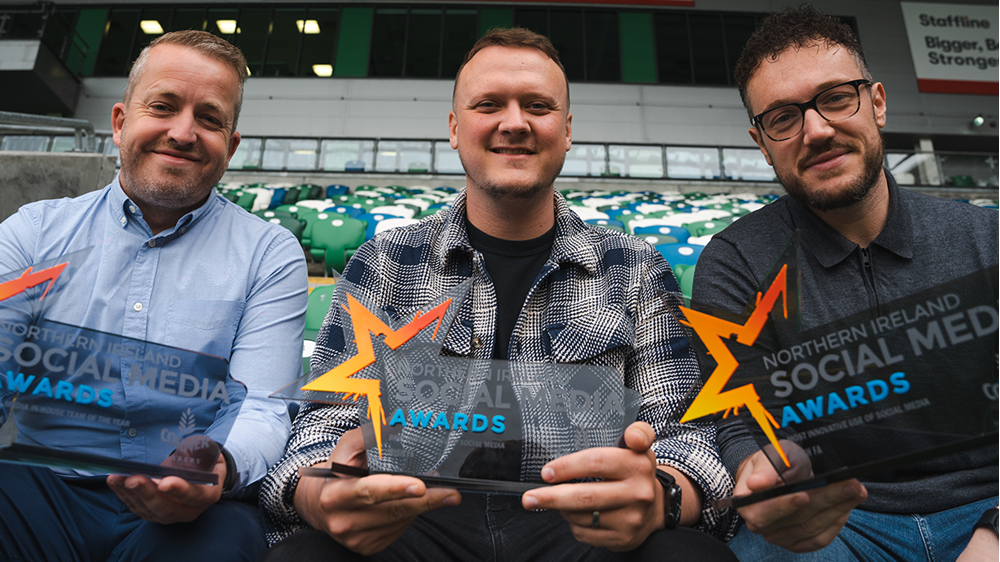