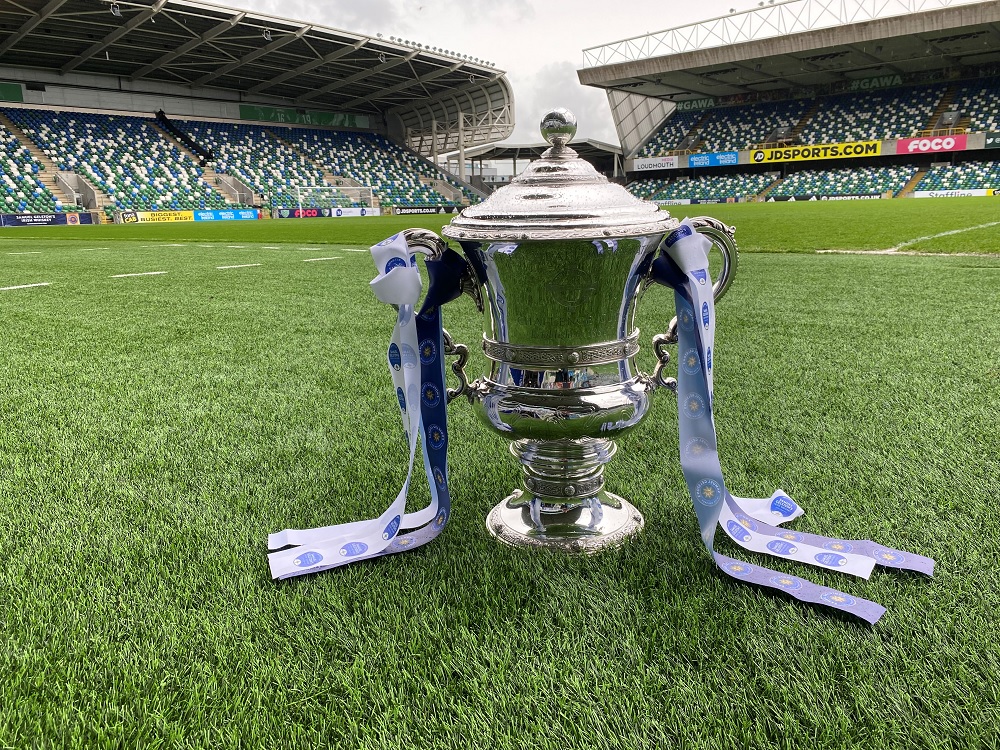 The Samuel Gelston's Whiskey Irish Cup continued on Saturday with the 13 Third Round ties played leaving the winning clubs just 90 minutes away from joining forces with the senior sides in January.

Ballymacash Rangers led the way with a 7-1 thumping of Rosario YC at the Bluebell Stadium. Lee Forsythe's side raced into an early lead with goals Michael Moore and Jack Smith handing them a commanding advantage after just 17 minutes.

Moore then doubled his tally for the afternoon just before the break, although Thomas Burns did pull one back to give Rosario a glimmer of hope going into the second half.

But Cash turned the screw after the interval when Joshua McKee added a fourth before three goals in an as four minutes with around 15 minutes left from Stephen Glasgow, McKee again and Guillaume Keke put the issue beyond doubt.

Ballymoney United also enjoyed a six goal winning margin with victory over Dungiven Celtic at the Scroggy Road Playing Fields. What made their 6-0 win all the more remarkable was that all the goals came after the break - and five of them in the final quarter-of-an-hour or so!

Lewis Magee opened the scoring on 49 minutes with Josh Rohdich bagging a second on 74 minutes. Magee struck again sixty seconds later with Rohdich knocking home number four five minutes after that. Mark Dempsey made it 5-0 on 90 minutes with Thomas Armstrong completing the scoring in stoppage time.

St. Mary's YC, Crumlin United and Moyola Park all hit five on the road as they defeated Newcastle, Coagh United and Wakehurst respectively.

Also progressing were PIL sides Dollingstown and Limavady United while Greenisland, Oxford Sunnyside and Tandragee Rovers all reached the fourth round courtesy of 2-0 home wins.

Elsewhere, Windmill Stars got past Willowbank by the odd goal in five and Crewe United defeated St. James' Swifts on penalties after a 2-2 draw.