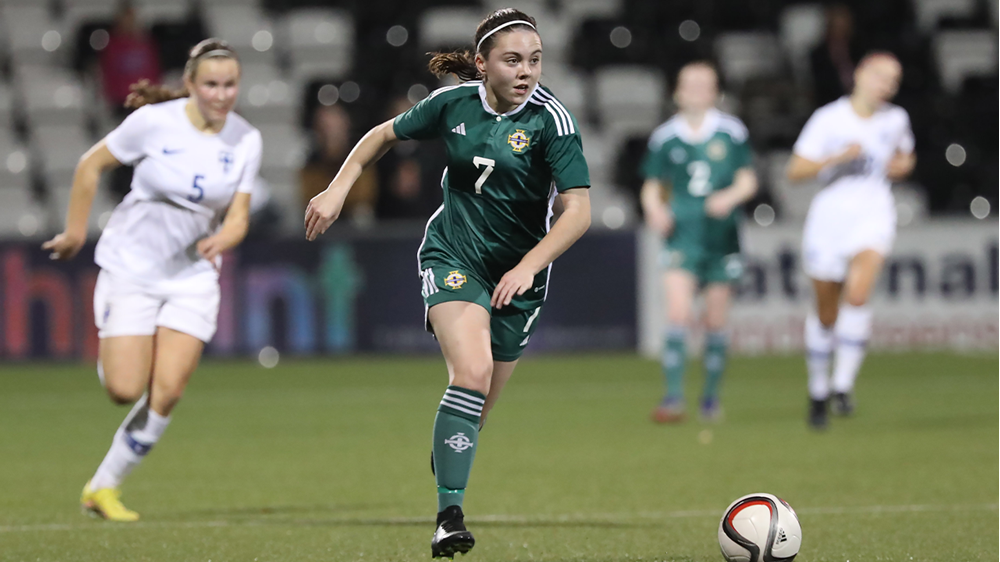 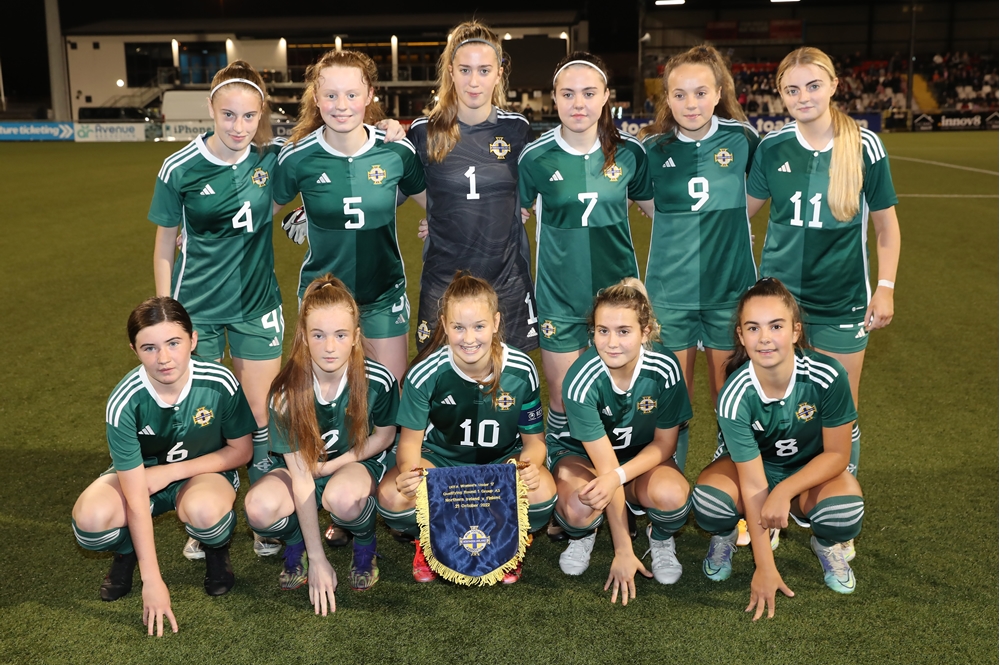 Boss Noel Mitchell made just one change from last month’s narrow friendly defeat to Belgium. Mia Moore was named in the starting line-up while Faye Loughran was on the bench.

The first half was tale of few clearcut chances but both sides showed real endeavour.

Northern Ireland attacking intent was clear with several attacks but they couldn’t find a way past ‘keeper Venla Roine.

Perhaps the best chance of the half fell to Finland’s Emily Laiho on 32 minutes but she hooked an effort off target much to the relief of stopper Ellie Scott.

Early in the second half Anelma Lahikainen rose above everyone else to meet Tilda Råtts’ corner but her header thundered off the crossbar and over for a goal kick.

The game really sparked into life when the Finns broke the deadlock with 50 minutes on the clock. Kerttu Sarelius latched on to Sofia Jahnukainen’s slide rule ball to fire home the opener.

Two minutes later it was 2-0 and it was Sarelius who found the net again – this time capitalising on a loose ball in the box and she made no mistake with the finish.

At the other end Northern Ireland threatened to pull one back but Rachel McIntyre’s curling left-footed effort came back off the upright.

Darcie McNeill then tried her luck from distance but her effort was straight into the arms of Roine.

Finland sub Steffi Hassinen’s effort from just inside the 18-yard box was then well saved by Scott before Lahikainen’s header came back off the post from the resultant corner.

Northern Ireland were unlucky again in front of goal when sub Rhianna Breen’s fine strike from 25 yards came back of the crossbar with Roine well beaten.

Northern Ireland face Austria at Solitude on Monday (2pm) in their second League A Group 3 match. 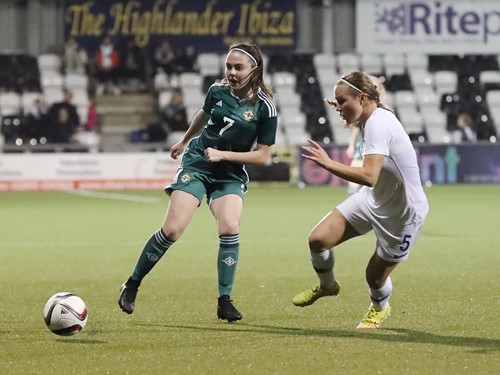 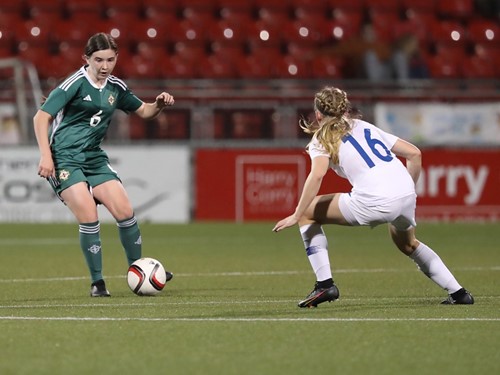 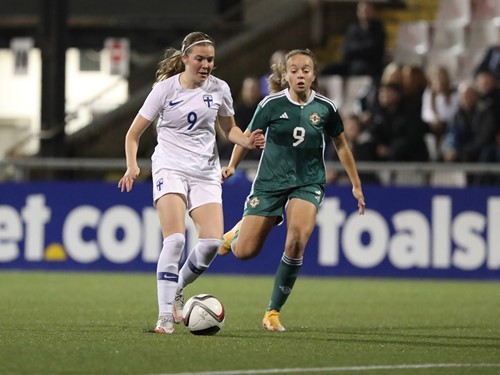 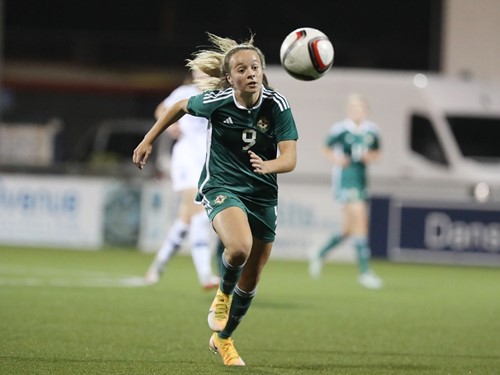 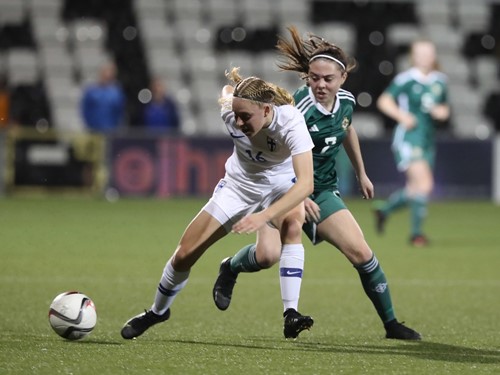 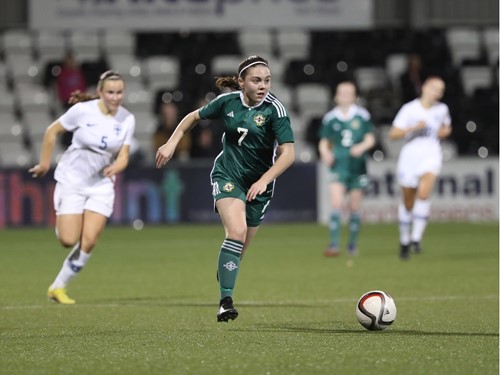 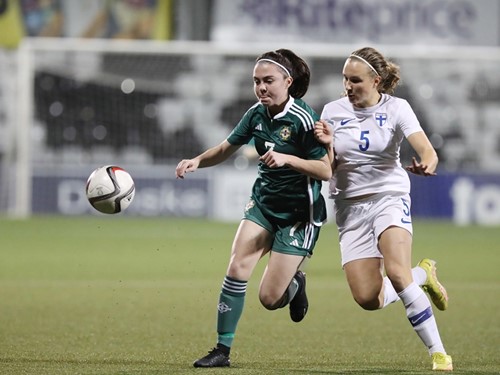 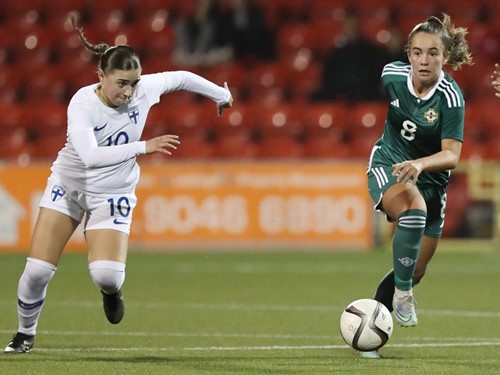