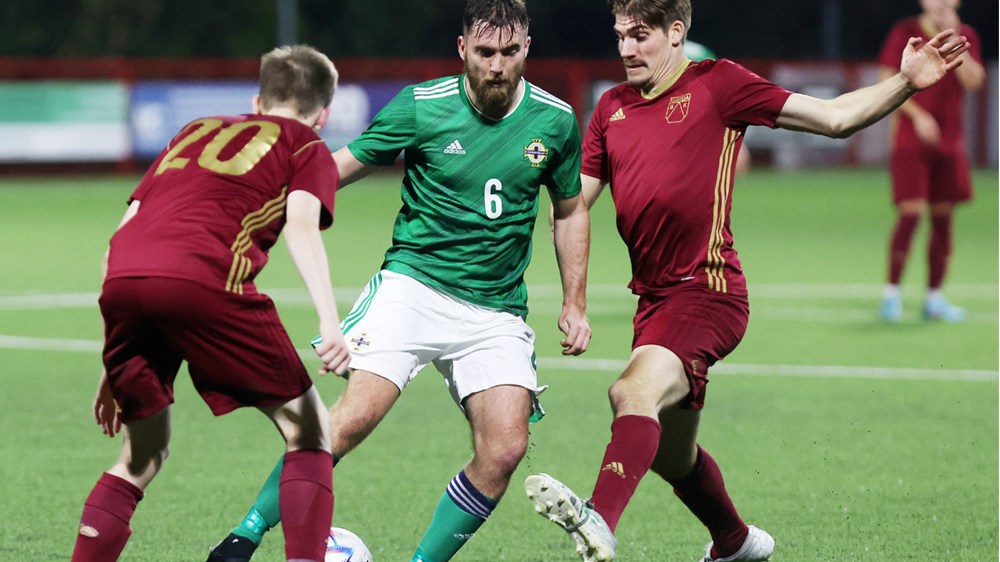 Last night’s Intermediate Round Group 4 matchday two game at Larne FC’s home was largely one-way traffic as Northern Ireland produced plenty of flowing football and created a string of chances - over 30 in total - across the 90-plus minutes.

They more than deserved their victory, however they were profligate in front of goal.

Northern Ireland boss Harry McConkey made six changes to the side that narrowly lost the opening group game to the Welsh.

The boys in green and white peppered the Gothenburg area with crosses in the opening half-hour.

Ciaran Heggarty guided a couple of headers wide of the target, while Adam Neale failed to convert a few chances.

Ryan Gourley produced a decent hit from distance which whizzed inches wide, while a blaster from captain Barry McKervey stung the palms of Swedish keeper Sebastian Fernberg, who pushed it over the top.

The Swedes also had a couple of chances. Keeper Richard Purcell had to be alert to stop a shot from Linus Skalberg Lindstrom and then the striker’s half-volley almost crept in.

In the 38th minute McKervey came within inches of opening the scoring. His excellent curling free-kick from the edge of the area beat the keeper hands down but it also grazed the outside of the post.

As half-time approached McConkey’s men piled on the pressure. Neale hit the woodwork for a second time, Fernberg saved from Gowdy and there was also a goal-line clearance for good measure. And Gowdy’s strong header drifted inches past the post right on the whistle. 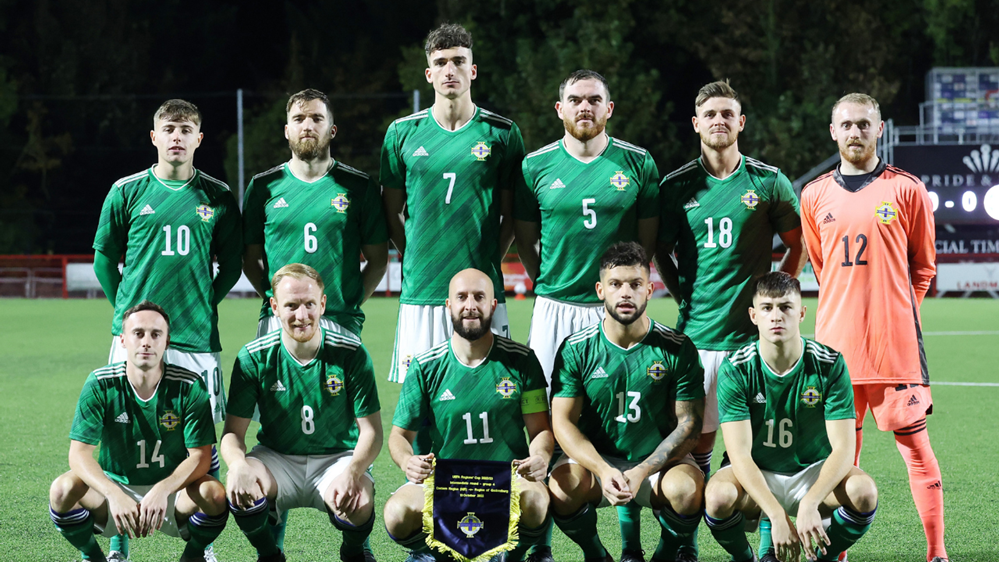 Just after the break Northern Ireland took the lead. A well worked move eventually saw Anthony Burns nod the ball down to Neale and he smashed the ball home from six yards.

On 73 minutes substitute Jack Reilly cut in from the flank and drilled a low shot which was just off target. And then Gowdy’s strike from the edge of the area sailed over the bar.

Purcell, who was a spectator for much of the game, raced off his line to snuff out the danger when Skalberg Lindstrom slipped past his marker and sped towards goal. It was an important intervention.

In the 84th minute a Sam Dinu piledriver squirmed under the keeper’s body and went out for a corner.

McKervey’s crisp delivery from a free-kick was met by Matthew Devine but his header went over the bar.

In the 90th minute Northern Ireland got their second. Aidan McNeill’s fine cross from the left flank was nodded past the keeper by substitute Brian (Lee) Newell.

In added time McKervey found Devine in the box and he duly headed it into the net to make it 3-0.

Right at the death McNeill fed Burns inside the area but his low shot drifted past the post.

In yesterday’s other group game, which was played at Crusaders FC’s Seaview Stadium, Zlin defeated Tim Rhanbarthol Cymru 3-2 to make it two wins out of two.

That result means Northern Ireland will need a miracle to reach the next round - and it's unlikely to happen unfortunately.

McConkey’s men would have to beat a strong Czech team handsomely – Zlin defeated Gothenburg 8-1 in their opening game – and also need the Swedes to draw with the Welsh, or keep the score down, when the final set of games comes around on Sunday. The group will be decided firstly on points and then goal difference, and it’s goals scored and head to head after that.

On the final matchday on Sunday both games will kick off at 2pm. The Welsh and Swedish representative teams will meet at Inver Park, while Northern Ireland will lock horns with Zlin at Cliftonville FC’s Solitude Stadium.