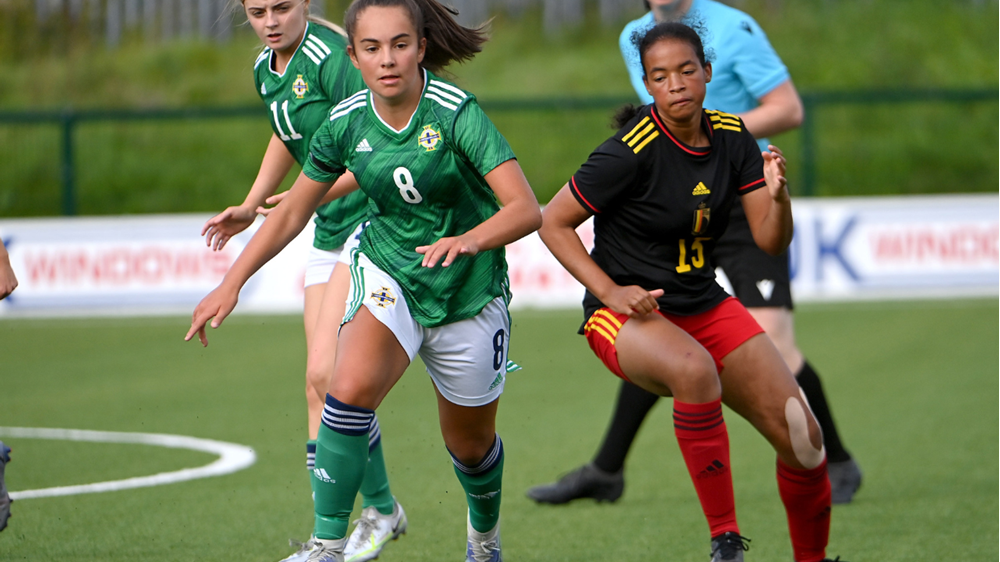 The Northern Ireland Women’s Under-17 squad for Euro qualifiers later this month has just been announced.

The qualifiers for WU17 Euro 2023 (stage one) will see Northern Ireland competing in League A Group 3 against the Republic of Ireland, Finland and Austria.

The Irish FA is set to host the matches in the four-team mini tournament from 21-27 October.

Matchday one will see Northern Ireland take on Finland at Crusaders FC’s Seaview Stadium next Friday (21 October) at 7pm.

Their second game is scheduled to be against Austria at Cliftonville FC’s Solitude Stadium on Monday 24 October (2pm), while they will face the Republic on Thursday 27 October at Seaview (2pm).

Head coach Noel Mitchell has retained all the players from the 16-strong WU17 group that faced Belgium in a friendly in Belfast last month. 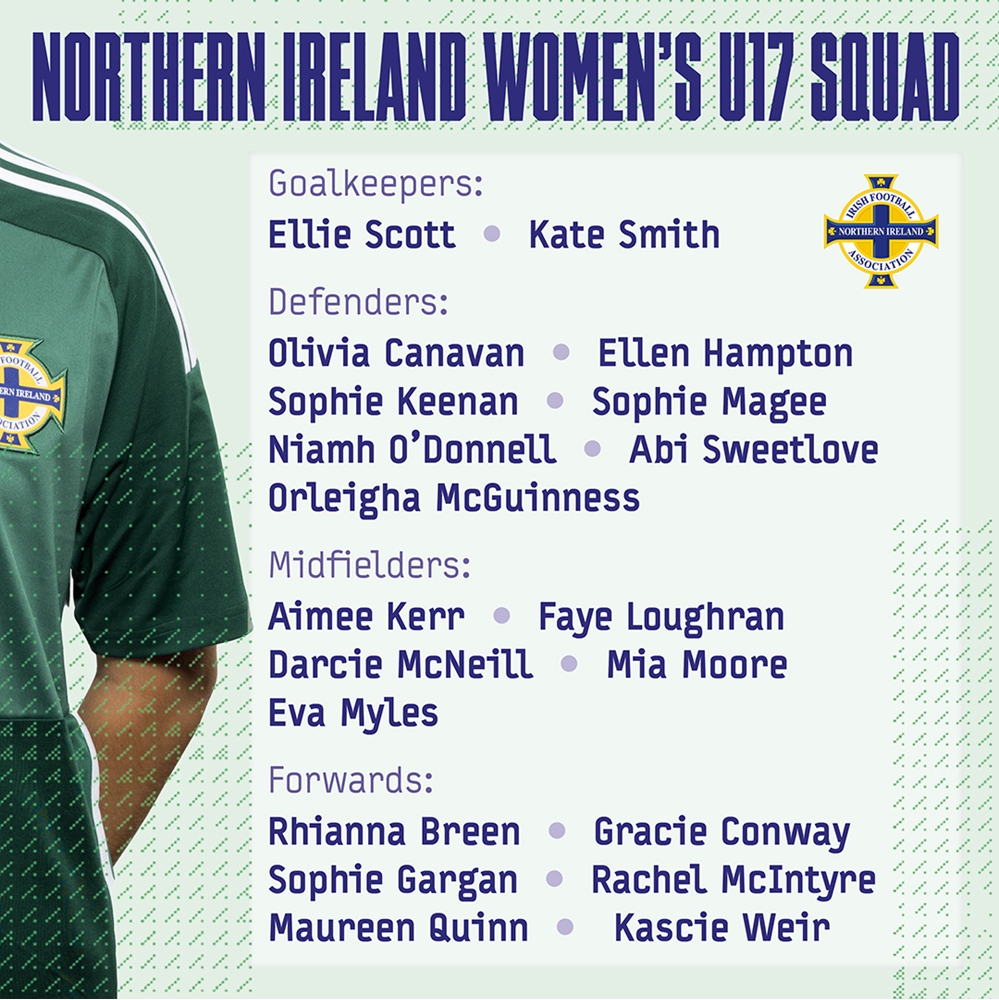 However, he has added four players to his panel, including three new faces.

The newcomers are Linfield Ladies pair Maureen Quinn, who is a striker, and Eva Myles (midfielder) along with Glentoran Women defender Olivia Canavan.

Linfield Ladies defender Sophie Keenan, who played for the WU17s in Euro qualifiers last autumn, returns to the ranks after missing out on recent camps.

Northern Ireland competed well against a strong Belgium side last month - a goal from Belgian winger Sam Van Rompuy separated the sides at Solitude - and Mitchell will be hoping they can carry that form into the forthcoming mini tournament against teams ranked higher than them.

The WU17s were promoted to League A for 2022-23 stage one when they won all of their matches at a mini tournament within the 2021-22 competition in Israel back in March. In League B Group 1 they defeated Luxembourg 2-1, Faroe Islands 3-0 and Israel 2-0.

In 2022-23 stage one the team finishing fourth in each of the seven League A groups will be relegated to League B for round two. The teams remaining in League A, and seven teams promoted from League B, will compete next spring for places at next summer’s UEFA WU17 Euro tournament in Estonia.

The WU17s squad for the Euro qualifiers this month is as follows:

Image: Northern Ireland WU17s midfielder Mia Moore in the thick of it against Belgium last month.