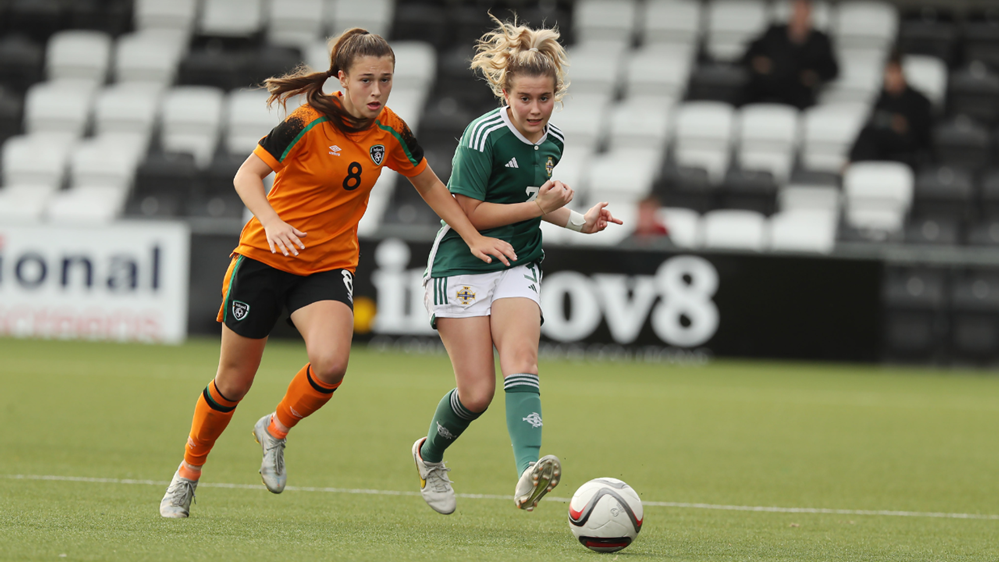 Boss Noel Mitchell made five changes to the team that lined up for the 3-0 defeat to Austria in Northern Ireland’s second group game.

After losing their previous two group games, Northern Ireland needed to defeat the Republic by three clear goals to retain their place in League A for the elite round of qualifiers next spring.

But it was not to be. Northern Ireland created chances throughout the encounter but could not find the killer touch – and they were undone by an own goal.

The first action of the game saw Northern Ireland keeper Kate Smith save an effort from Republic attacker Ceola Bergin, while Northern Ireland captain Aimee Kerr blasted a shot wide of the upright. And Smith also did well to clutch a Heidi Mackin header.

The Republic’s opener came courtesy of the own goal. Jessica Fitzgerald delivered a corner which deflected off Northern Ireland midfielder Darcie McNeill’s head at the near post and dropped into the net.

After that Smith gathered a Hannah Healy drive before Republic keeper Niamh Richardson saved a low long range shot from Weir. And Kerr fired a free-kick over the top as the interval approached.

Northern Ireland started the second half brightly and sprayed the ball around well, however they found it hard to create chances.

Sophie Gargan had a shot blocked before Smith made a comfortable save from a free-kick taken by Mackin, while the Republic’s Ellen Dolan headed wide.

Kerr’s free-kick was saved by Richardson and McNeill had a shot blocked as Northern Ireland continued to push forward.

Republic substitute Millie Daly headed the ball over the bar after she got on the end of an Aoife Kelly cross.

The defeat means Northern Ireland drop to League B for the next set of qualifiers in the spring of 2023.