Show Your Support in the Team Hotel 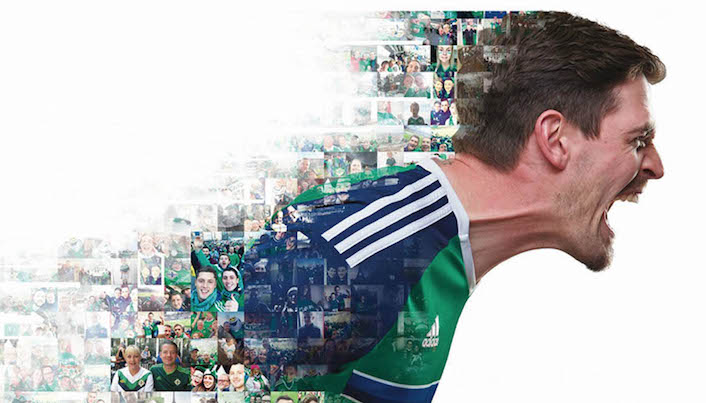 The Irish FA have teamed up with JD, exclusive Retail Partner of the IFA, to provide the Northern Ireland team with a social media wall to display all of your good luck messages to the team.

With the GAWA expected to be in full voice both at home and in France throughout the tournament this provides everyone with the opportunity to pass on their messages to the team as the excitement reaches its peak this week ahead of Sunday’s opening game v Poland in Nice.

Fans can record video messages to be played in the team room at their EURO 2016 base by downloading the IFA.JD app & uploading their message via Twitter or Instagram with #DareToDream.