McGovern on his best performance 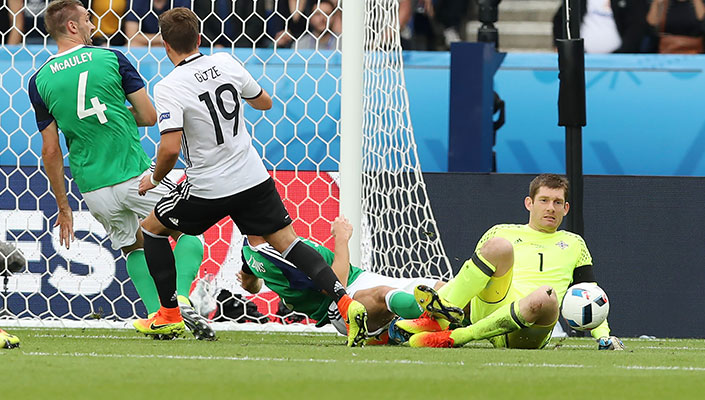 McGovern was undoubtedly man of the match for his side as he kept Germany at bay to keep it at just a 1-0 defeat to the World Champions.

When asked about his performance he said: "Yes, it was. With the level of the opposition you’re playing against, and the microscope you’re under here at the Euros, it was definitely my most enjoyable game, and the best game I’ve played.

"But I’m hoping it turns into a sweet, sweet night if results go our way elsewhere. It was important when we went 1-0 down not to concede any more, and we’ve given ourselves a chance now of qualifying, so we need other teams to do us a favour, but we’ve given it our best shot."

Not only did McGovern shine at the Parc des Princes, but the Green and White Army also shone on the European stage with their endless support over the 90 minutes.

And the keeper had one word to describe them: "Amazing. They’ve been absolutely amazing. In the first game we played poorly, and they stuck right behind us - and I was just saying earlier, it’s a cliché, but they’re honestly the best fans in the world. I love playing in front of them.