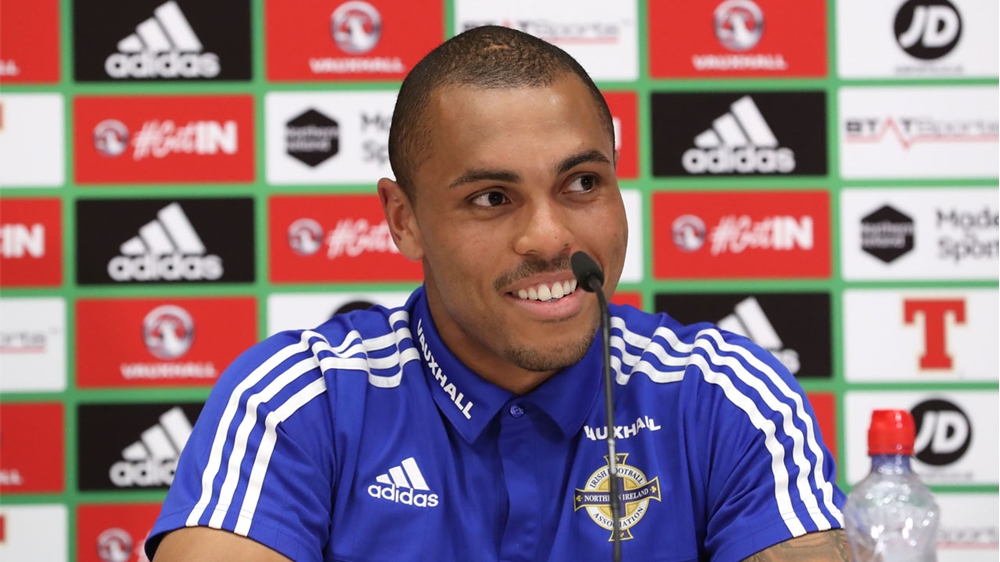 The forward, who was involved in the team’s second goal against Ukraine on Thursday, looked ahead to Tuesday’s Northern Ireland v Germany match saying the squad fear no team and no person in the competition.

“If you don’t believe you can win a football match then you’re in the wrong sport. You’re in it to win it, it’s a results-based business. Whether we do win it or not I think it’s completely up to us.

"We know we’re not going to have 70% of the ball, that’s not how we play. But we are an effective team and we are very hard to break down. Teams have to work hard to score goals [against us], we don’t leave any stone unturned and that’s the way we’re just going to have to take it into the Germany game.

"We know that they are a very very very good team but every team has its weakness and it’s just whether we can find theirs and they can’t find ours.”