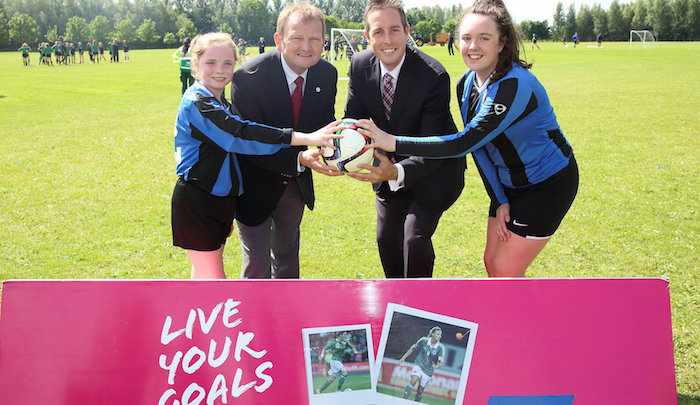 The Irish FA hosted their biggest girls' festival of the year this week at the Mallusk Playing Fields. The festival gave over 1,200 girls the opportunity to showcase their talent in 7-a-side games.

The event hosted by the Irish FA is the conclusion of the 16 FIFA Live Your Goals festivals which have been taking place across Northern Ireland.  The festivals look to raise the profile of girls and women’s football and increase the numbers of females playing football.

Sports Minister, Paul Givan, MLA said: “Today’s event demonstrates the excellent opportunities for young girls and women to get involved in sport and football.  There is no doubt that participating in sport and taking an active interest in health and wellbeing helps to build confidence amongst young people and my Department is keen to support this wherever possible.

“It is very encouraging to see so many young girls and women taking part this festival.

“I would like to take this opportunity to congratulate the IFA on this initiative in promoting girls participation in youth football and raising awareness that this is a sport for all to enjoy.”

Selected by FIFA as one of 20 Associations awarded funding for the programme, the Irish FA have given girls the opportunity to learn new skills by participating in small-sided games.  The ultimate aim of the festival day was to encourage more girls to join their local clubs and to play football on a regular basis.

David Martin, Deputy President of the Irish FA said, “The Irish FA are fully committed to girls football, this is reflected in the Irish FA plan “Let Them Play” which was launched in 2015. The plan aims to improve opportunities for girls to play football with schools being a key objective, so I would like to take this opportunity to congratulate all teams in today’s competitions. The majority of girls representing their schools today will be learning the game and I hope their experience today will encourage them to join their local club.  The hard work and dedication shown by the coaches and staff is fully recognised by the Irish FA and I would like to thank all the schools that have taken part in this year’s competition. Good luck today.”

The Super Schools' Day ran on Wednesday 15th June at Mallusk Playing Fields.  There were 70 schools participating in the year 8/9 age group with 47 schools completing in the 10/11 are group.  Along with the festival matches there was a fan zone for players and spectators to enjoy which included face painting and games such as cage football, the speed shooter and the bouncy goalkeeper.

The competition culminated in two very exciting finals. In the year 8/9 competition Glengormley high school narrowly defeated Glenlola Collegiate.  The final in the year 10/11 competition was even closer and had to be separated by penalties as St Joseph’s College, Belfast lost out to Our Lady and St Patricks College, Knock. 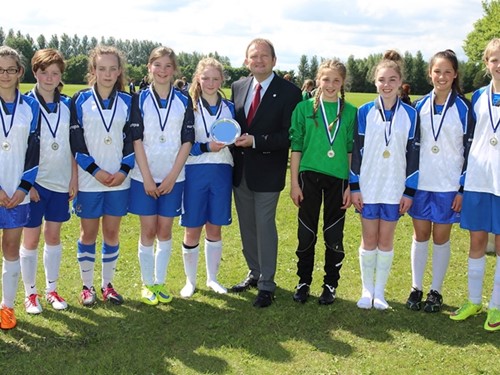 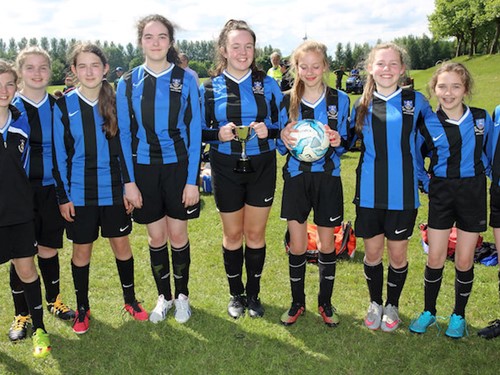 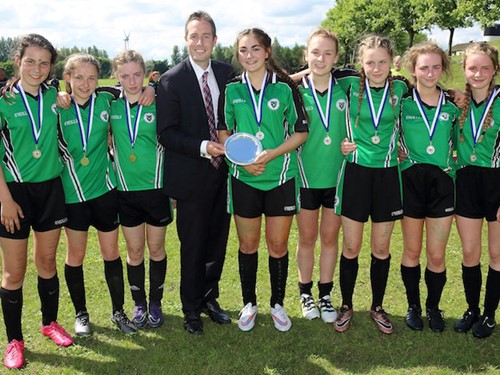 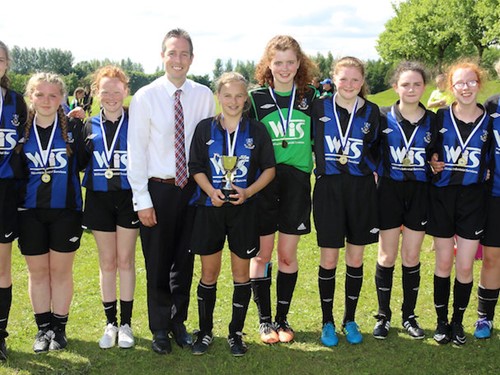 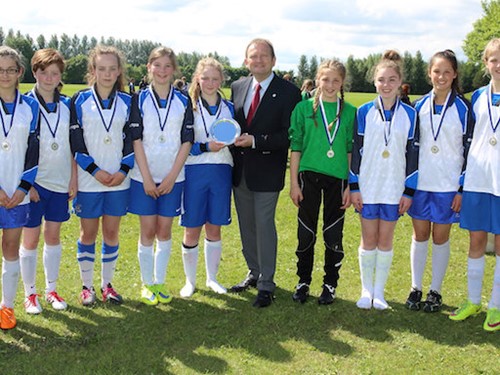 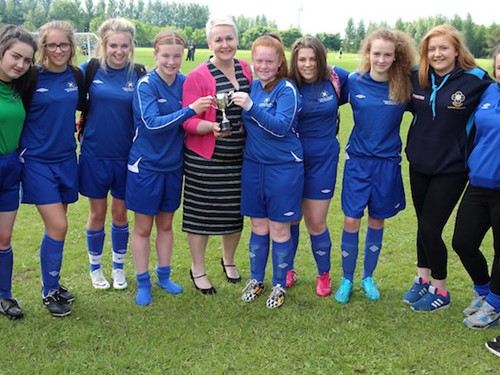 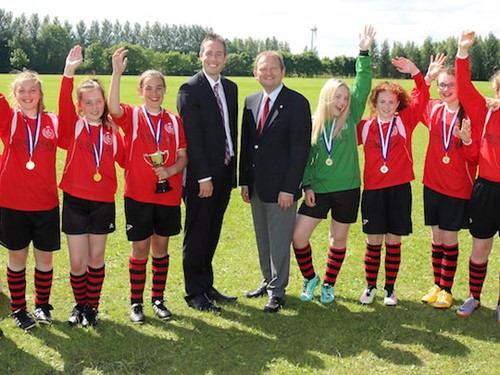