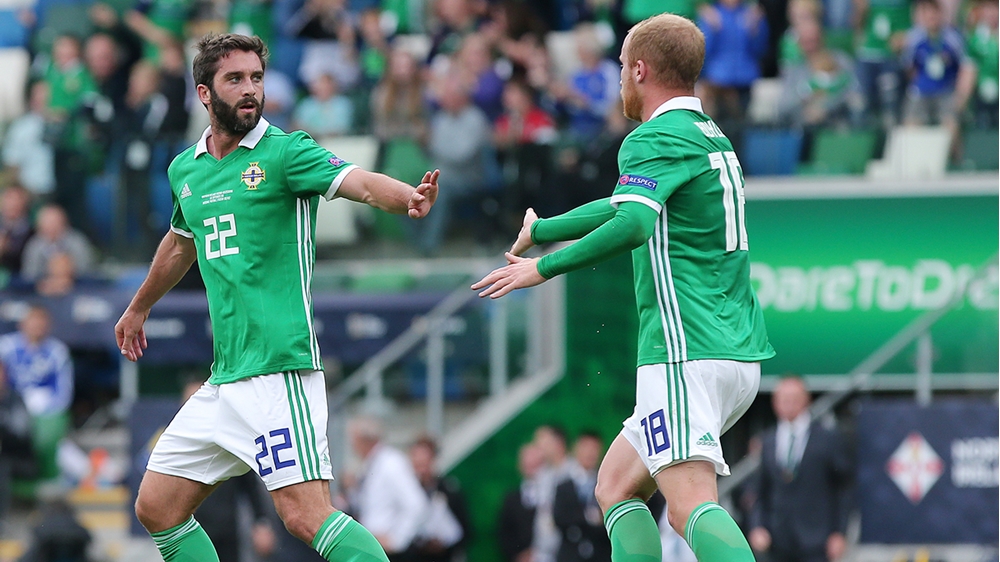 Will Grigg hopes his late goal has put him in contention for a starting place for Tuesday nights International Challenge Match against Israel.

Grigg came on as a second half substitute to score his second International goal in added on time as Northern Ireland lost 2-1 in their opening UEFA Nations League Group game.

Firstly, speaking on the goal itself, Grigg said: "I've been eager to get back involved for a while. To come on for half an hour and get a goal is great but I'd rather take the three points and get a win.

"My last goal was here just at the other end. It means a lot as it's what I have wanted to do for a very long time. It's great to finally get another one."

Then looking ahead to Tuesday, the Wigan Athletic striker is eyeing up a place in the first eleven, he said: "Hopefully I have put a little question mark in the managers head, potentially get a start, see what happens.

"I will be working hard to get back on the pitch so I can make an impact."

Reflecting on the game, he believed it was just one of those days at the office: "To be honest watching the first half was a pleasure. We were brilliant, played some great stuff but just didn't have that finishing touch. It's just one of those things.

"I think if the game had gone on another five minutes we would have drawn it so disappointing but plenty of positives to take."

To watch the full interview, click on the picture above.