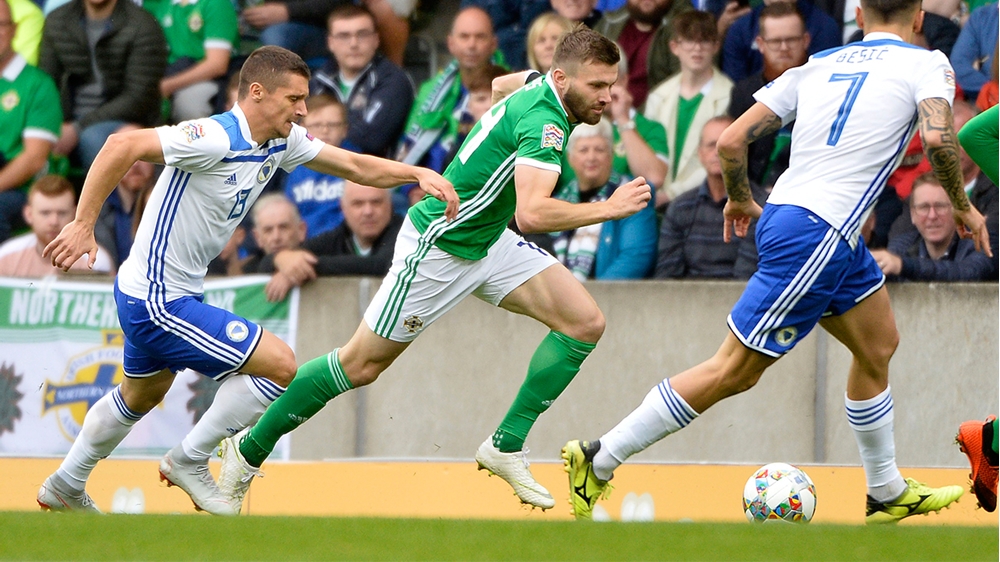 Stuart Dallas is looking to bounce straight back after defeat in the opening game of the UEFA Nations League Campaign.

Northern Ireland suffered a 2-1 defeat at the National Football at Windsor Park but Dallas sees the International Challenge Match against Israel as the perfect chance to forget the defeat, he said: "I think there are positives to take, they are a good side, and we made them look average with the stats, on another day we win that comfortably but it wasn't to be.

"We need to put right what we did wrong but we also need to look at the positives from it. We need to get back to winning ways and that starts tonight with recovery.

"On Tuesday we have to put a performance in even though it's a friendly and we are looking to win."

Michael O'Neill's side were left to rue many chances in what was a dominant performance and the Leeds United midfielder was frustrated after the game, he said: "It was disappointing not to come away with the result, we dominated the game and the stats show that.

"But if you don't put the ball in the back of the net you don't win games. We missed a few chances and we got punished."