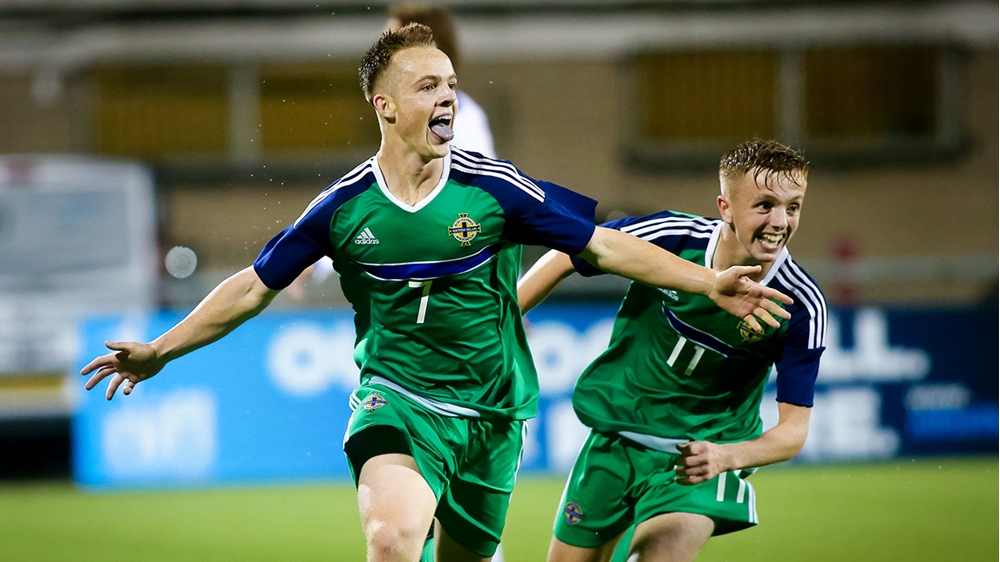 Manager Stephen Frail is confident his squad will give a good account of themselves against “tough opposition” when the two countries meet at Stangmore Park in Dungannon (7pm kick-off, free entry).

Today’s game, and a second game at Newry Showgrounds (2pm, free entry) on Friday, will be the team’s final preparation matches ahead of a U19 Euro preliminary round mini qualifying tournament in Northern Ireland in November when Frail’s boys will face Poland, Serbia and Kazakhstan.

The manager said he is hoping to “try some different ideas, perhaps a different shape” over the two games against the Slovakians.

He also revealed the squad has a couple of new faces following on from a get-together in England earlier this year. Among the new faces is Watford defender Tom Leighton.

Most of the players have previously featured for Northern Ireland at U17 level or in an under-18 development squad.

“I feel we have a good depth to the squad, with quality in every area, and I think these two games against Slovakia will be a good test for us. The Slovakians always provide a good test,” the U19s manager added.

Image: Reece McGinley, seen here scoring for Northern Ireland U17s back in September 2016, has now made the step up to the U19s, who are playing two games this week against Slovakia.