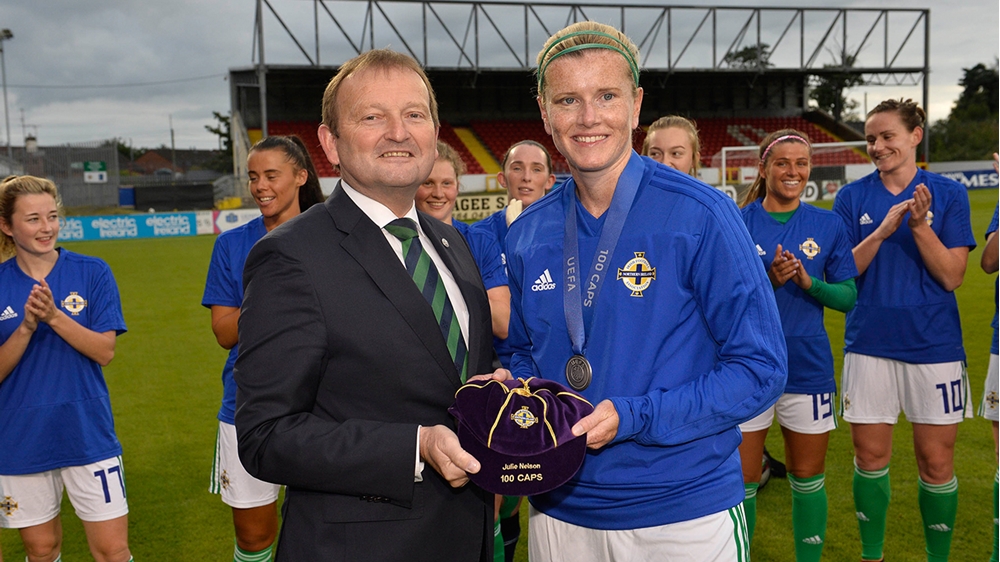 Julie Nelson was overwhelmed and surprised by the support and praise after reaching the special milestone of 100 caps for Northern Ireland.

Former and current players passed on their praises through separate videos as well as now fellow centurion and Northern Ireland Captain Steven Davis.

On the night itself, she was presented with her UEFA medal and cap by Irish FA President David Martin and given flowers by current Senior Women's manager Alfie Wylie who made her captain for the match.

She also was given a Guard of Honour by both the Senior Women and their opponents in their final World Cup qualifier Slovakia.

It wasn't the result she imagined as the Senior Women lost 1-0 but she was surprised by the level of support from all corners, she said: "Obviously the result is disappointing but apart from that it's been a very special night.

"I've had messages from current players, past players, I'm overwhelmed by what everybody said and it's been a nice touch."

The centurion almost wrote the perfect script as her free kick nearly brought an equaliser but the effort was pushed onto the post.

To see the freekick and hear more from Julie Nelson, watch the video above.