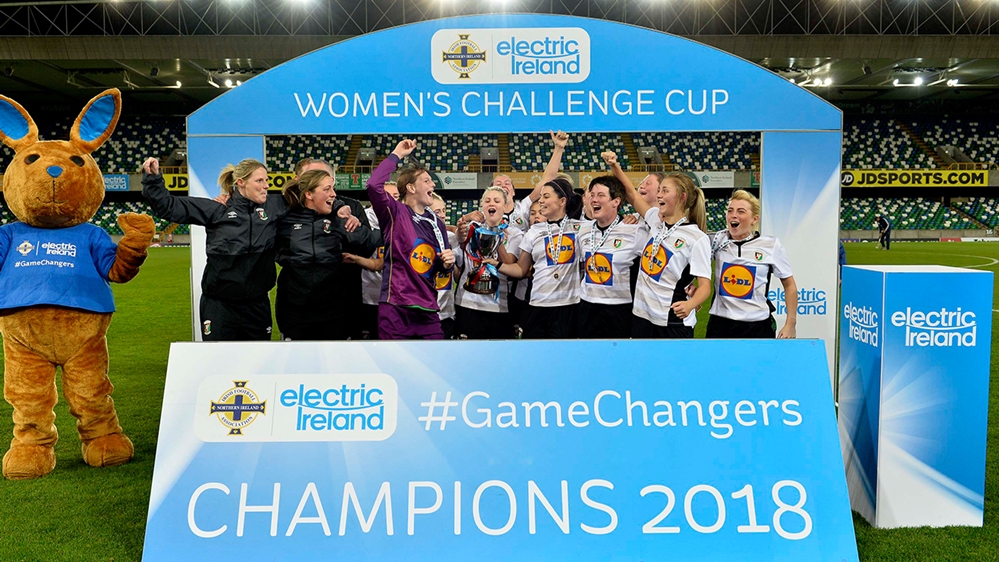 Linfield had opened the scoring on 61 minutes through Megan Bell but the Glens kept pressing and duly got their reward thanks to the contributions from two of their more experienced players.

On the balance of play Billy Clarke’s side deserved their record seventh Women’s Irish Cup success. Linfield, who are on the cusp of winning the Danske Bank Women’s Premiership crown, were stifled by the Glens, who harried and hassled them but also produced some flowing football.

Young Glens forward Caragh Milligan, who was the best player on the park, was constantly on the move and her strong running was a thorn in Linfield’s side throughout the match.

And it was Milligan who had the first decent effort of the game in the 13th minute, her snapshot drifting just wide of the upright.

Fellow Northern Ireland international Megan Bell was full of running for the Blues and she produced Linfield’s first shot, although her effort was straight at the keeper.

Kelly Bailie, who pocketed her seventh Women’s Irish Cup medal this evening, was a strong presence in midfield for the Glens alongside Nadene Caldwell and Vance.

On 26 minutes Vance shot high and wide after making a decent break and minutes later Milligan screwed an effort past the post.

Then Linfield’s Bell blasted the ball over the top before the Glens’ Bailie struck a sweet long range shot which went just wide of the upright.

In the 32nd minute Caldwell produced a great run from deep and fed Rachel Rogan but her shot was weak.

Moments later Linfield midfielder Chloe McCarron ran powerfully at the Glens backline but her shot drifted over the bar. And just before the break Bell produced a great run before scooping a drive wide of the mark.

The Glens were on the front foot after the restart and Bailie smashed a shot just over the top from long range.

Linfield, however, then enjoyed a purple patch which ended with them taking the lead.

McGuinness swung in a free-kick which evaded everyone and went inches wide of the post before a flowing move down the left flank ended with McCarron firing over the top.

Bell had an effort smothered by Glens keeper Ashleigh McKinnon on 60 minutes but just a minute later McGuinness found her on the edge of the area and Bell smashed the ball into the roof of the net to give the Blues the lead.

The Glens continued to pile forward, however. Another pinpoint Bailie delivery was pushed away by Linfield keeper Jamie-Lee Wilson, Glens captain Jessica Foy shot straight at the keeper after getting on the end of a Milligan cut-back and then a Bailie blaster from a free-kick was saved by the Linfield keeper with her feet.

The pressure from the east Belfast side paid off, however, in the 83rd minute when Mullholland rose powerfully to meet a great Vance delivery from a corner.

Minutes later Milligan’s angled drive nestled on the top of the Linfield net and then Caldwell fired a shot just over the top as the Glens went for the jugular.

In the 88th minute the Glens made it 2-1 with a goal almost identical to their first. Vance whipped the ball in from a corner and Mulholland headed what proved to be the winner home. 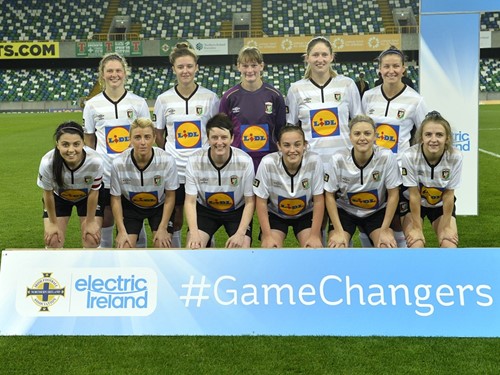 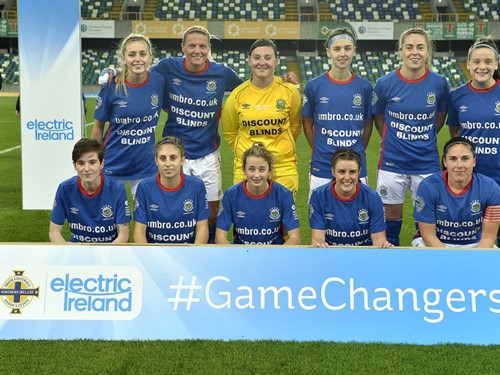 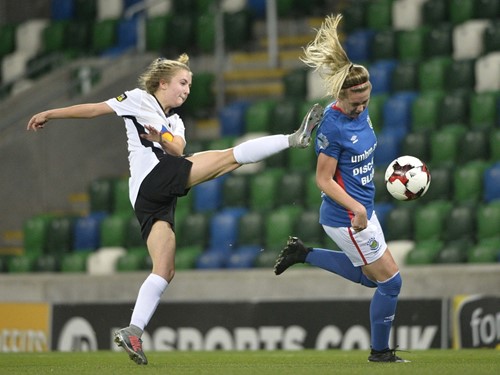 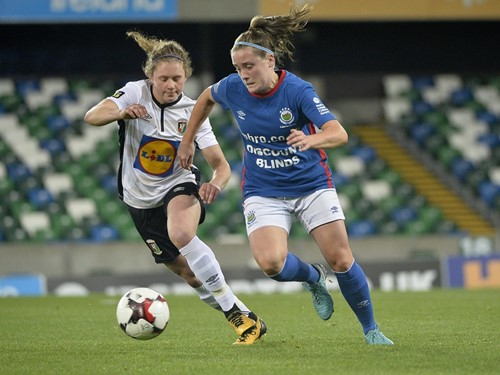 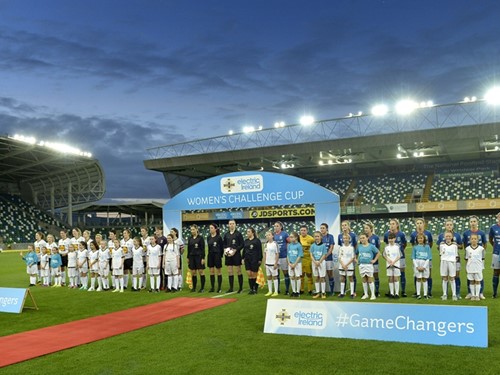 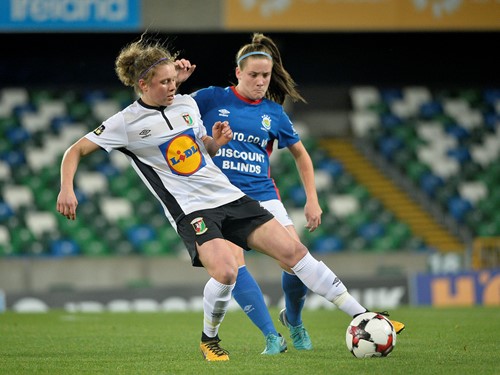 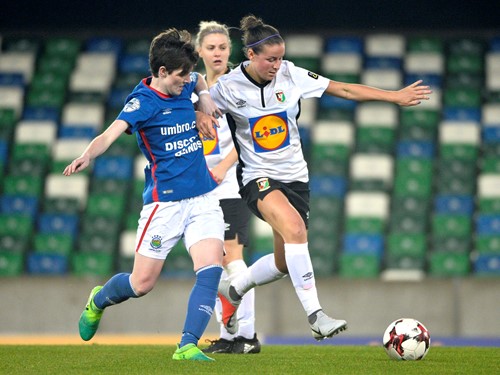 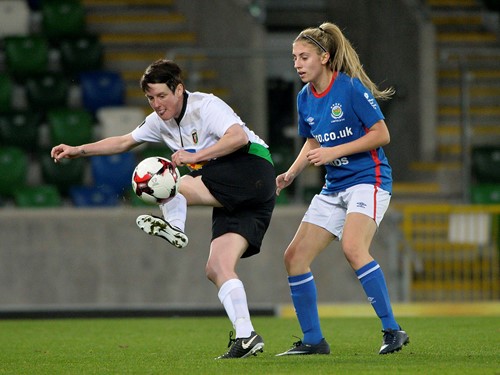 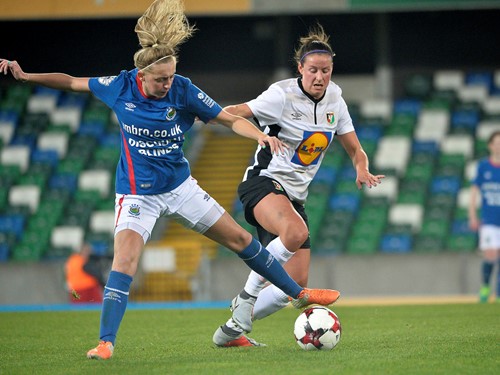 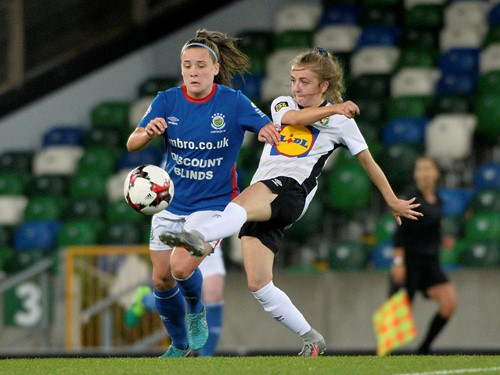 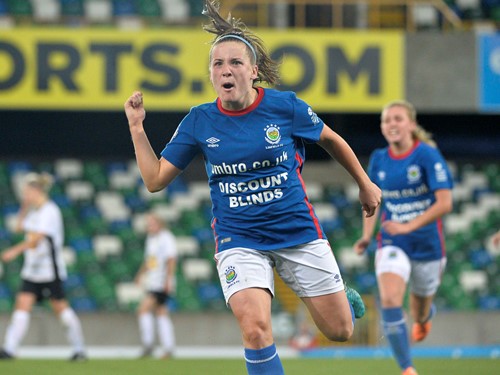 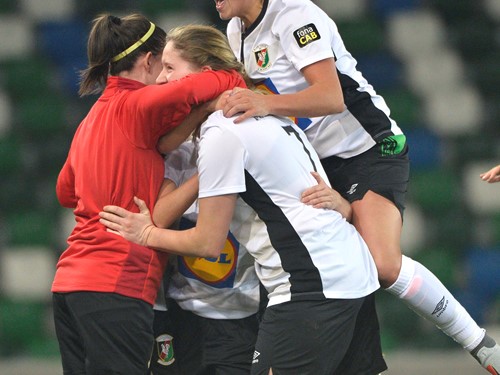 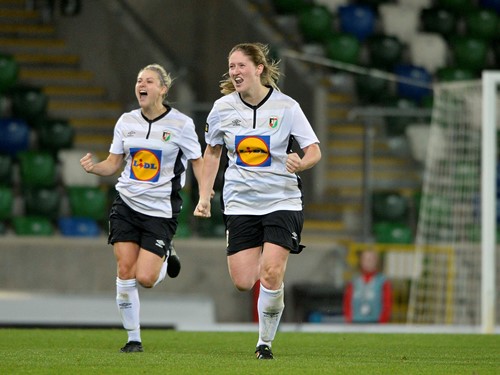 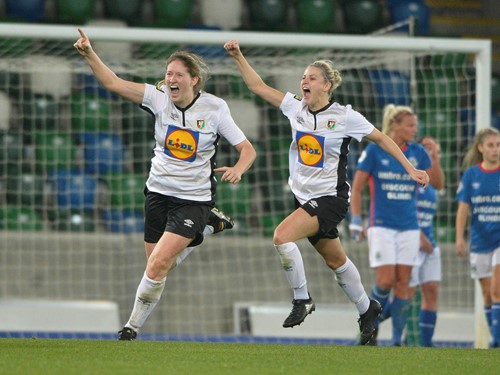 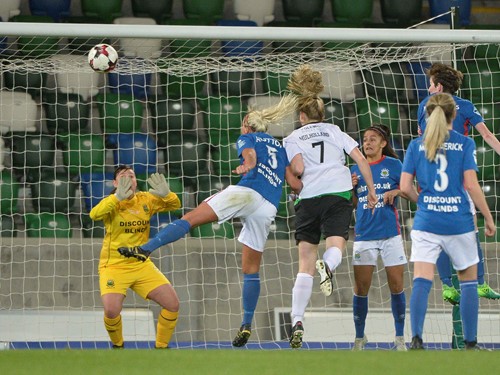 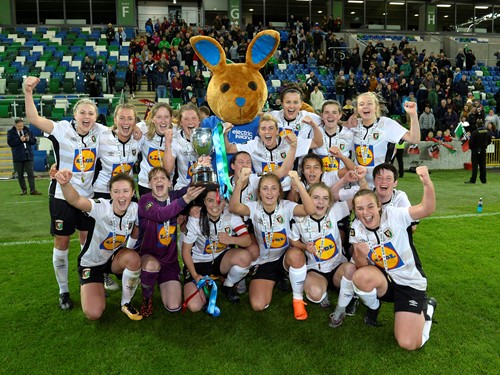 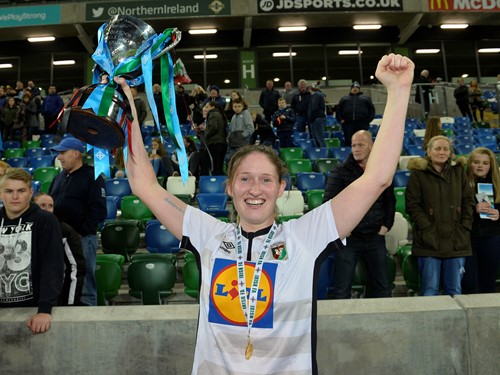