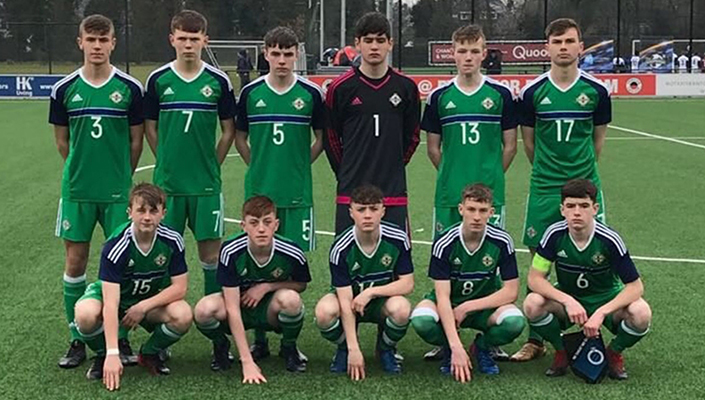 Northern Ireland’s U16s are set to take on Finland twice in challenge matches this week.

And U16s manager Declan Devine will actually be choosing from two almost completely different squads for the games in Belfast and Dungannon.

The international friendlies will be the only home matches for the U16 Schoolboys before the Victory Shield in November. Two games in Estonia next month will complete the preparations for that competition.

Devine has selected two almost completely different squads for the games against the Finns to give players the opportunity to stake a claim for a place in the final Victory Shield panel.

He said: “These games are a fantastic opportunity for our players to test themselves against a very high level of opposition and gives this age group a first taste of international football in preparation for the prestigious Victory Shield tournament.

“I would like to thank NISFA and the Irish FA for the work they do in providing these level of games for our talented young players. We hope this year’s squad can emulate the standards set by last year’s players and hopefully we have players playing this week that may continue to develop into stars of the future”.

This year’s Victory Shield tournament is being organised by the Football Association of Ireland on behalf of the Schools’ Association Football International Board.

England have not entered for the past couple of years so Northern Ireland’s U16s will be facing Wales, Scotland and the Republic of Ireland in this year’s tournament, which is being staged in Co Kerry from 12 to 16 November.