McGonigle receives call up to Northern Ireland Under-21 squad 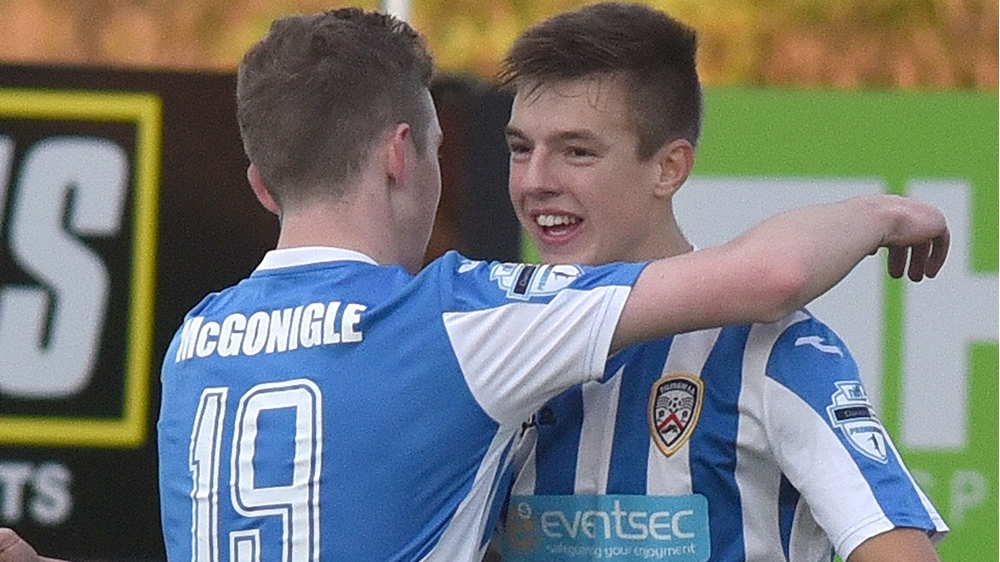 Coleraine midfielder Brad Lyons has moved to English Championship side Blackburn Rovers on loan with a view to the deal being made permanent in January.

The 21 year old has played more than 100 games for the Bannsiders having made his debut as a teenager in 2014.

Coleraine Manager, Oran Kearney, said on Twitter, ‘Best Wishes to Brad Lyons on his move to Blackburn Rovers. He has been a joy to work with and I have no doubt that he will be a success. Credit to all the coaches and players at Coleraine FC for helping develop over the past few seasons.’

Meanwhile, Jamie McGonigle, who bagged two goals in Coleraine’s win over Champions Crusaders at Seaview last night has been rewarded with a call up to Ian Baraclough’s Northern Ireland U21 side.

McGonigle was man of the match in the 3-0 win which put Coleraine top of the table.

Northern Ireland U21s play Luxembourg U21s on Thursday night before taking on Spain on 11 September in a UEFA EURO qualifier.