Northern Ireland manager believes visitors will have ‘lots to prove’ 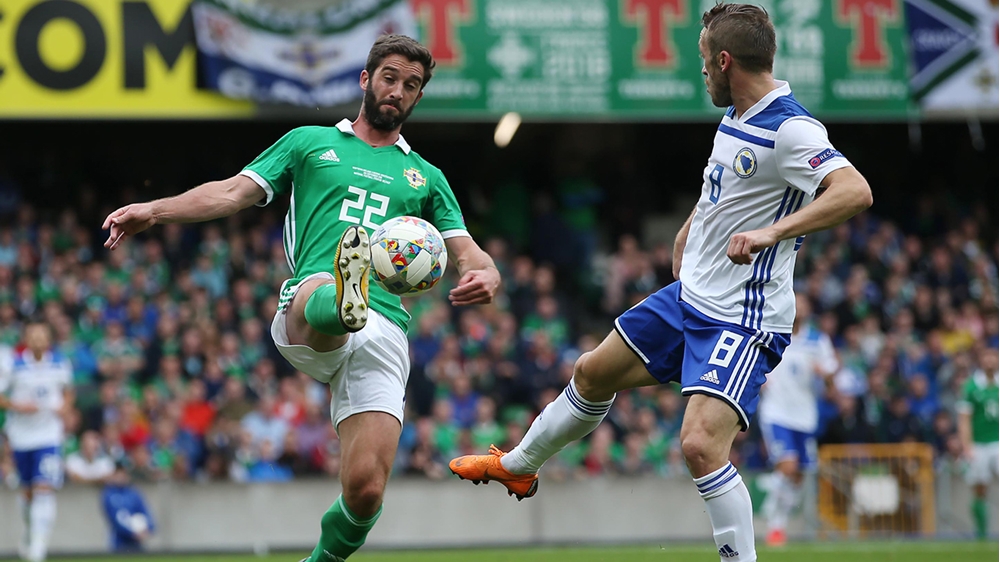 Michael O’Neill will be looking for a repeat performance from Northern Ireland this evening three days after their last game – but not a repeat result.

He is not expected to tinker too much with the starting eleven as his side aim to bounce back from the 2-1 defeat to Bosnia and Herzegovina in the UEFA Nations League on Saturday.

That was a game Northern Ireland dominated - 68% possession and 26 shots - but had only a Will Grigg goal to show for their endeavour.

“I thought the team performed superbly, however we just did not get the rub of the green. Hopefully tonight our efforts will be rewarded,” said the Northern Ireland manager.

Strikers Will Grigg and Liam Boyce looked lively when they came on against the Bosnians and they could well feature from the start against the Israelis in a 3-5-2 formation. Kyle Lafferty, who started on Saturday, has a slight problem with his achilles so he might not be risked in the International Challenge Match.

Jordan Jones, who has been bright in training, will be pushing Niall McGinn all the way for a starting berth on one of the flanks.

Another change could see either Trevor Carson or Michael McGovern coming in for young keeper Bailey Peacock-Farrell, who made his competitive debut on Saturday.

During the 90 minutes there’s a chance that Gavin Whyte, who moved from Crusaders to Oxford United in the summer, could make his first appearance for the senior men’s team.

Up to six substitutions can be made in the game so expect to see Paddy McNair and Corry Evans get a decent slice of the action, too.

Michael O’Neill has promised his side will be up for the match – and he believes it will be good preparation for upcoming games in the Nations League.

He said: “Complacency is not part of my make-up and under their new coach (Andreas Herzog) I know that Israel will be trying to kick-start their campaigns, and teams with new coaches have lots to prove and are therefore challenging to face.

“We will be well prepared for the game and I hope it will assist us in our future planning and preparation.”

Israel lost their opening Nations League fixture as well over the weekend - 1-0 away to Albania on Friday – and they are expected to field an attacking formation in Belfast this evening.