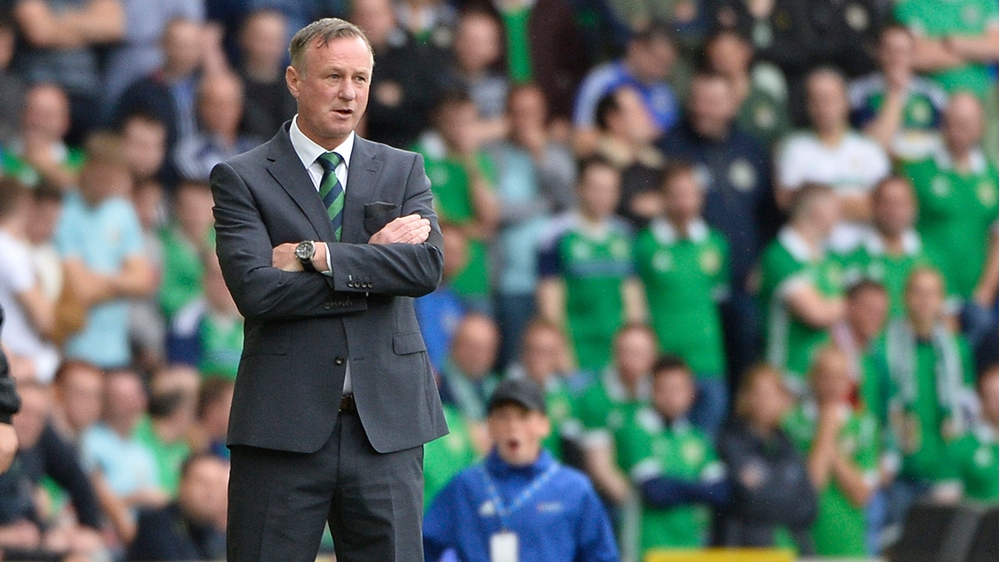 Northern Ireland slipped to a narrow defeat to Bosnia-Herzegovina in their opening UEFA Nations League game at the National Football Stadium at Windsor Park.

Michael O'Neill's side might have got off to a great start when, on three minutes, George Saville was brought down by Ervin Zukanovic inside the box but all penalty appeals were waved away by Czech referee Pavel Kralovec.

Then, a short time later, Oliver Norwood was presented with a free-kick just outside the area but his effort failed to trouble the visiting keeper.

Northern Ireland enjoyed the majority of possession during the opening exchanges, with Saville just failing to connect with a McLaughlin ball before Stuart Dallas fired just wide from distance.

This was then followed by a Steven Davis first time drive, then Jonny Evans' header from a corner as Northern Ireland continued to press.

Bosnia created their first effort of note just after the half-hour mark when Edin Dzeko fired straight at Bailey Peacock-Farrell after combining with Edin Visca.

Then, six minutes later, Dzeko was involved again as the visitors moved in front. He did well down the left before delivering a low ball for Haris Duljevic to flick home at the near post.

Buoyed by this, Bosnia-Herzegovina looked to extend their lead when Mo Besic delivered the ball into the area but the move came to nothing while another delivery soon after was glanced at by Dzeko before falling to safety.

Kyle Lafferty had a chance at crafting the leveller moments from the break but he couldn't get enough contact to a Norwood cross to make it count.

Dallas had another effort go just over early in the second half. Then, perhaps Northern Ireland's best chance up to that point came on 54 minutes when Norwood pinged a free-kick into the box for Evans to flick on for Lafferty but his volley was stopped by Ibrahim Sehic before Eldar Civic blocked Saville's attempted follow-up.

But, on 65 minutes, it was 2-0. Craig Cathcart misjudged a header back to Peacock-Farrell who then hesitated which allowed Elvis Saric to nip in to poke the ball into the net.

And there was almost a third not long after that. Duljevic was given too much space as Northern Ireland pushed forward but his curling effort from the edge of the area when just wide of the far post.

Substitute Liam Boyce had an opportunity to reduce the arrears with six minutes left when he got on the end of a poor clearance but his effort was too close to the keeper.

Northern Ireland did eventually get the goal their efforts deserved but it came three minutes into stoppage time through another substitute, Will Grigg, with a close range finish after Norwood cut the ball back. 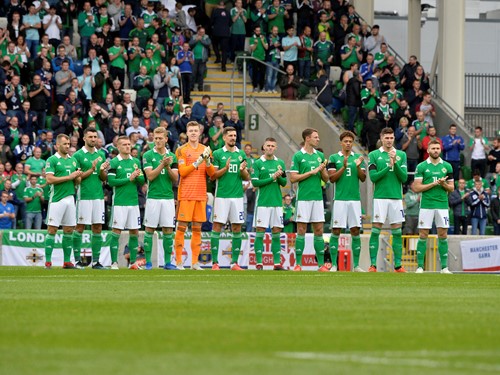 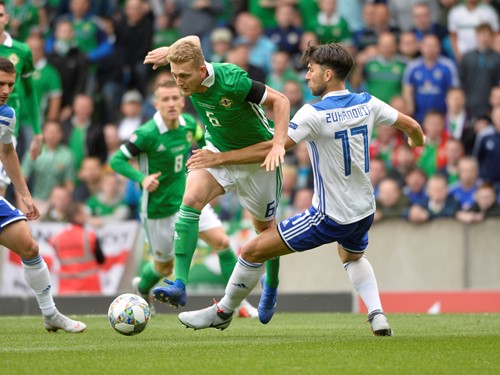 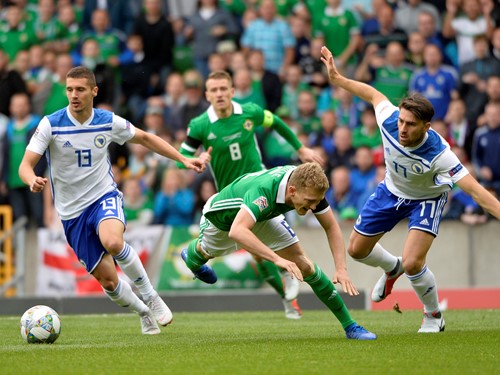 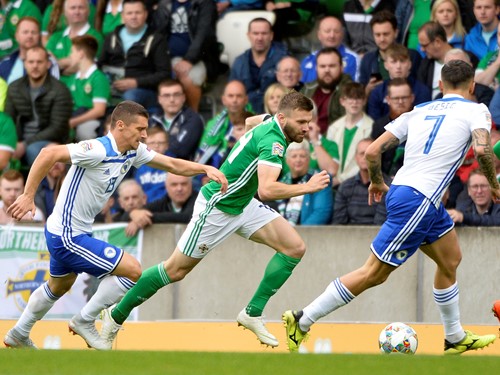 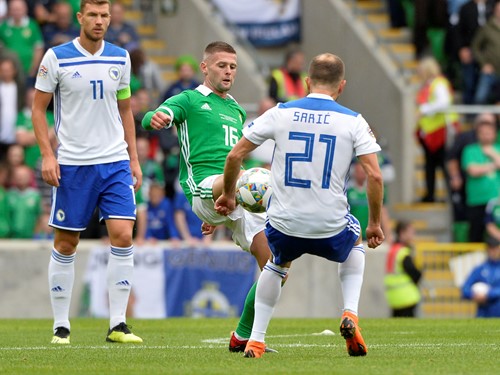 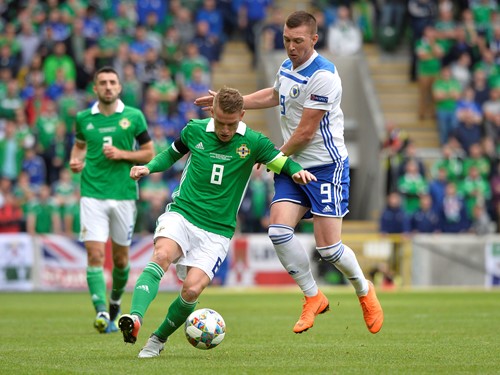 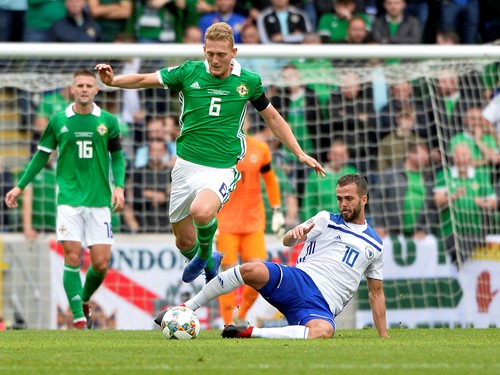 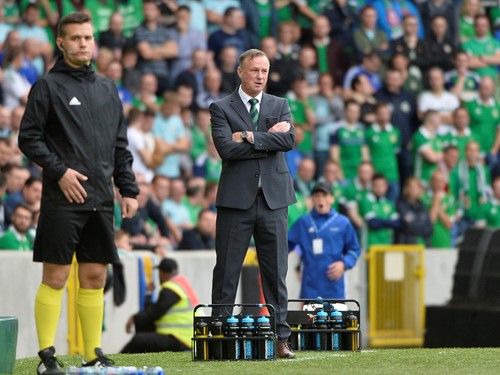 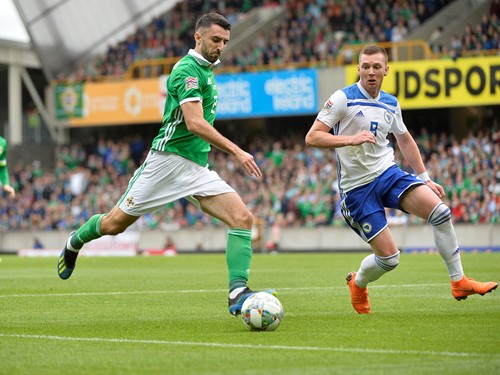 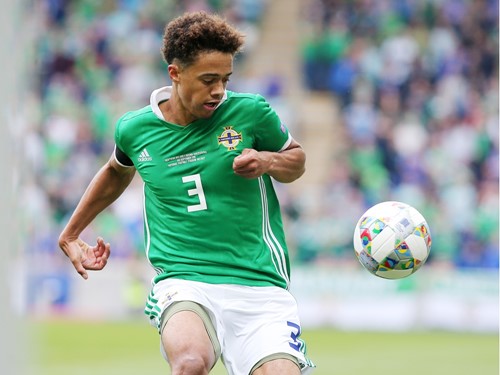 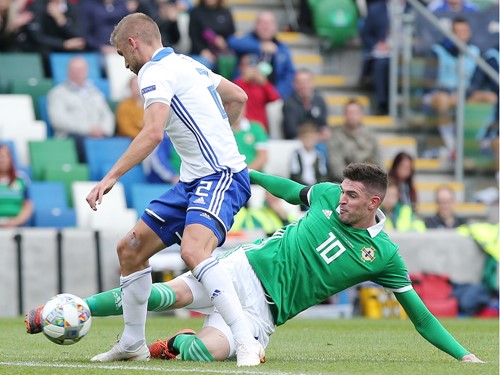 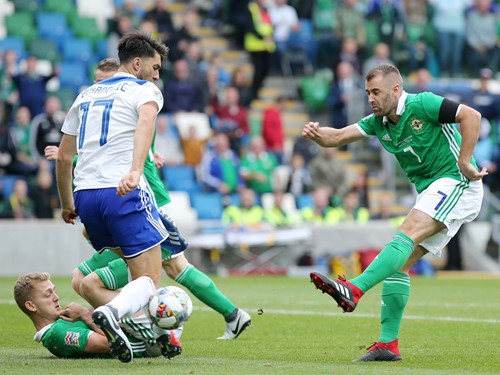 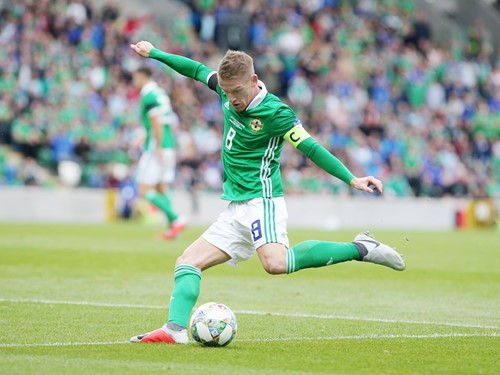 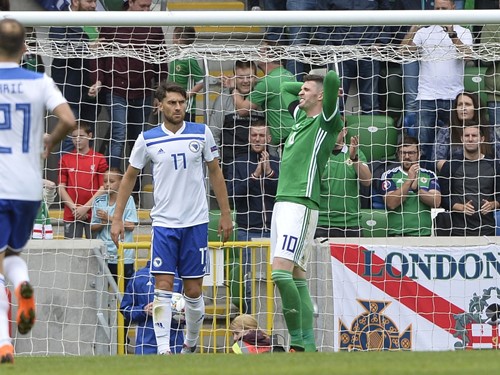 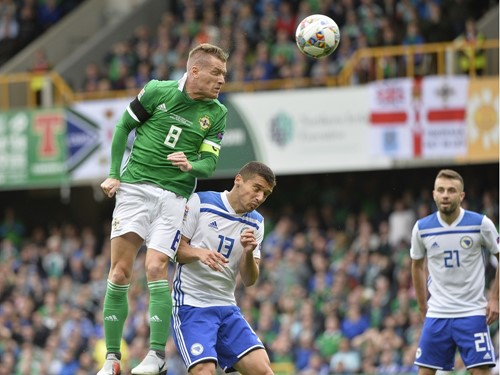 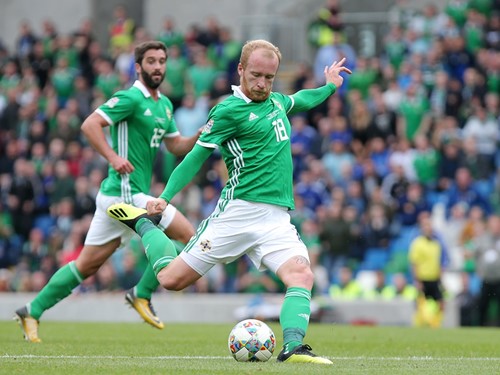 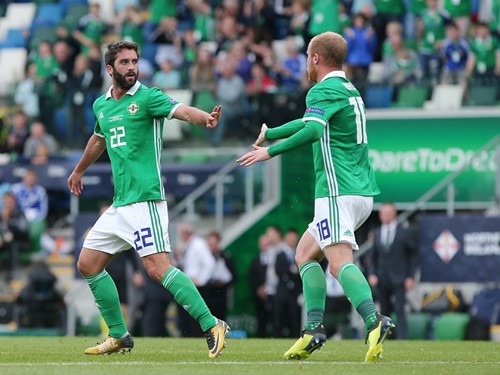 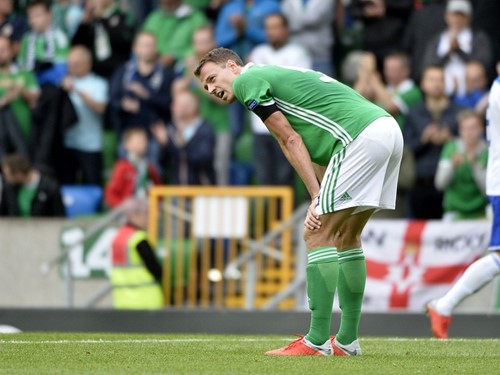 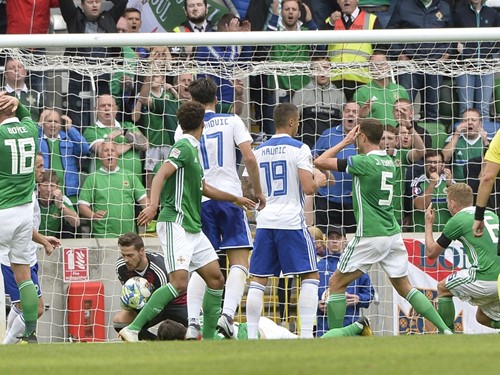