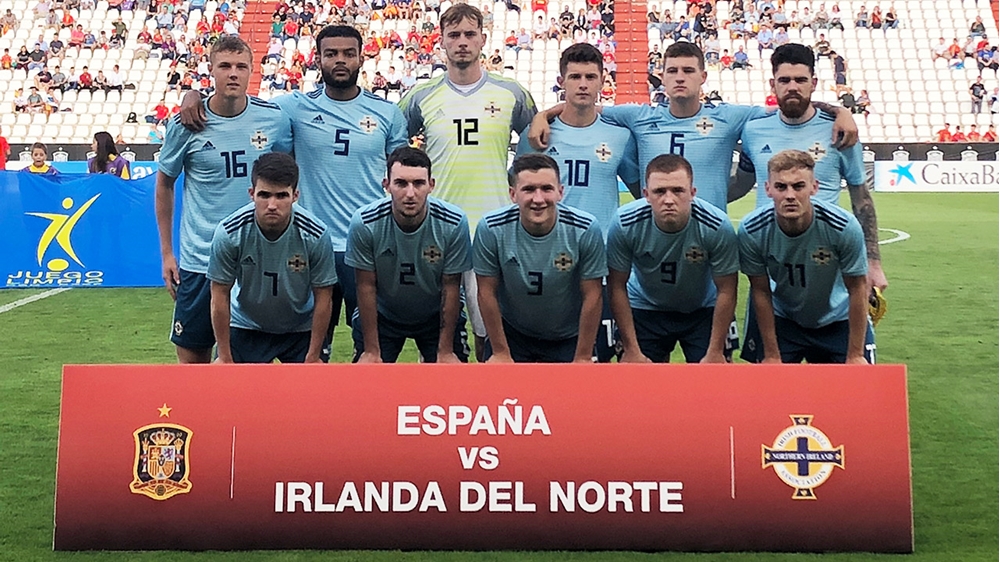 Baraclough's boys became the first team to defeat Spain in the current Euro qualifying campaign, stopping them after a run of seven victories - with five out of their eight conceded goals coming from the team in green and white.

The superb victory moves Northern Ireland ahead of Iceland into third place in Group B with two games remaining.

Northern Ireland went 2-0 up within 10 minutes - and they then held out for a famous win.

Baraclough said: "When you have such a good start it makes you wonder what it does to the players. Does it make them sit back? No, we stayed on the front foot and got in the faces of the Spanish players.

"As the game went on there were some tired legs out there and we had to soak up a bit of pressure but in the end we managed to hold on."

Spain produced 43 shots during the game, but only 11 of those hit the target. Conor Hazard had a fine game between the sticks as he kept out wave after wave of Spanish attacks.

The manager added: "For me it was a real collective win. Conor (Hazard) made some unbelievable saves but he had defenders and midfielders in front of him throwing themselves at the ball. There is no outstanding individual that can take the full praise.

"I'm immensely proud. We have put ourselves in a position where we can possibly go and get second (in the group). The Iceland game is first and we need to go there and get a result then hopefully we can go back to Windsor and go for a winner takes all against Slovakia.

"You've got to enjoy your successes when you get them and for me and the rest of the staff this is one to be immensely proud of."

You can watch the full interview with Ian Baraclough by clicking on the thumbnail at the top of the page.