Evans hopes to go one better in International Challenge Match 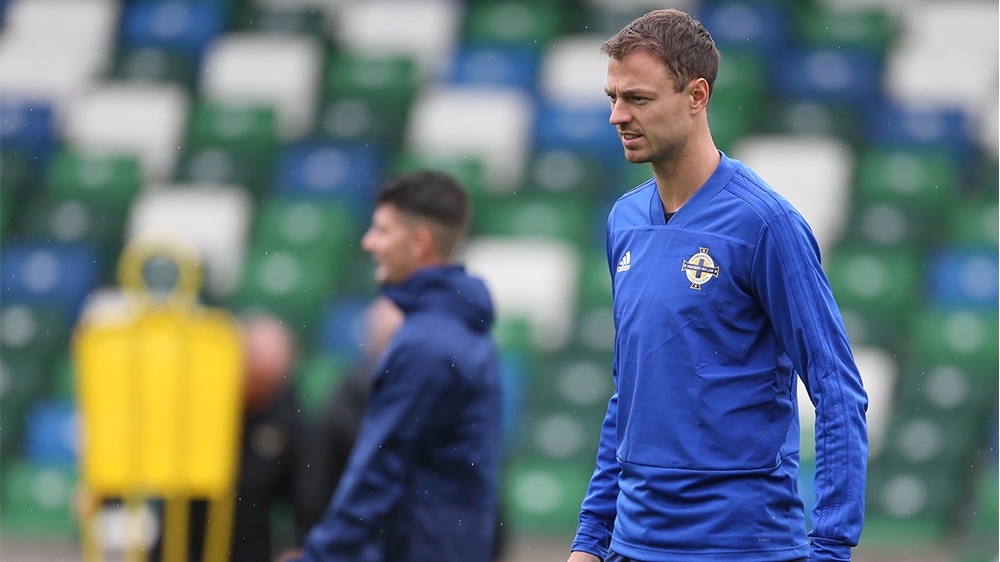 Northern Ireland defender Jonny Evans hopes to continue showing teams what they are made of in their International Challenge Match against Israel.

Michael O'Neill's side put in a good performance on Saturday despite the 2-1 defeat against Bosnia & Herzegovina and Evans explained the style of play is something they hope to continue, he said: "The aim of the game was to press them and play the game in their half as we could.

"There was a big tactical element to that which the manager spoke to the players about and there was discussion. It paid off as the players understood it and that was pleasing. We hope to carry that forward and continue getting better at it."

With the game against Israel being an International Challenge Match, it might be a chance for O'Neill to experiment and if so, Evans has backed the younger players in the squad: "As a senior player you think will the younger lads be good enough to handle it.

"I have been in that position and you can surprise yourself and the people around you when you are thrown in. Sometimes it is the making of the players and the younger players here have been fantastic."

To hear more from Jonny Evans, click on the picture above.