Wylie’s side to face Germany, Estonia and Kosovo in mini tournament 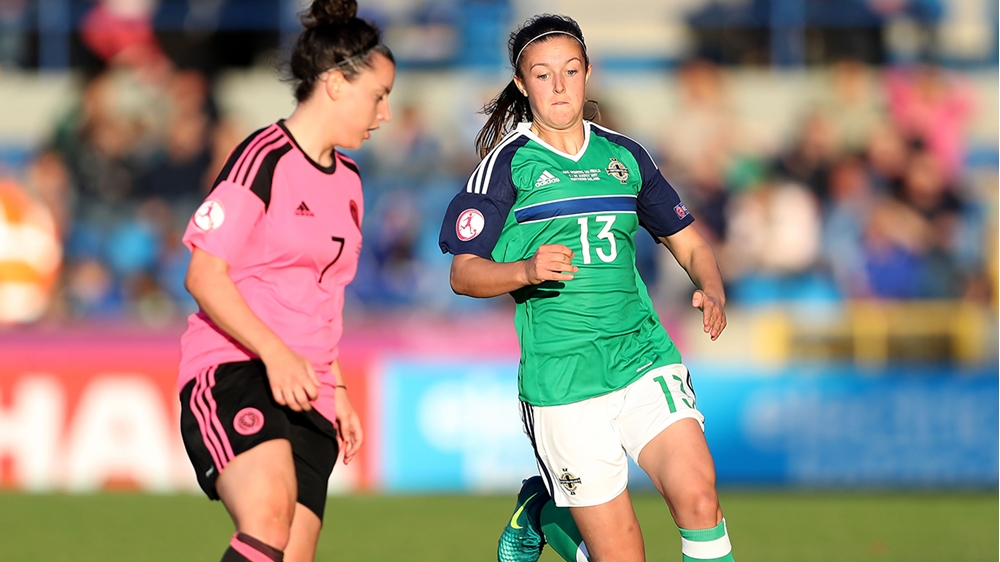 National Women’s Manager Alfie Wylie today unveiled his squad for a Women’s U19 Euros qualifying round which is being staged in three venues across Northern Ireland early next month.

Northern Ireland WU19s will be up against Germany, Estonia and Kosovo in the mini tournament, which runs from 2-8 October.

The aim for Alfie Wylie’s side will be a top two finish in the group.

The top two sides in every section - plus the two third-placed teams with the best records against the top two in their group - will go through to the elite round, the draw for which is on 23 November.

Seven countries will eventually qualify to join hosts Scotland in the finals from 16 to 28 July next year.

The Group 9 qualifying round in Northern Ireland will kick off with Germany against Kosovo at Stangmore Park in Dungannon on Tuesday 2 October (1400).

Northern Ireland, who will play all of their games at Shamrock Park in Portadown, will get their campaign under way later that day against Estonia (1900).

Matchday two sees the Germans take on Estonia at Stangmore Park on 5 October (1400), while Northern Ireland will face Kosovo at Shamrock Park later the same day (1900).

The mini tournament will draw to a close with Northern Ireland taking on Germany at Shamrock Park on Monday 8 October (1300) and Kosovo battling it out with Estonia at Coleraine Showgrounds on 8 October (1300).

Meanwhile, later next month the Women’s U17s will be competing in a mini qualifying tournament in Greece.

Northern Ireland Women’s U19 squad for WU19 Euros qualifying round: