Cathcart, Norwood and Boyce warm up for upcoming Internationals 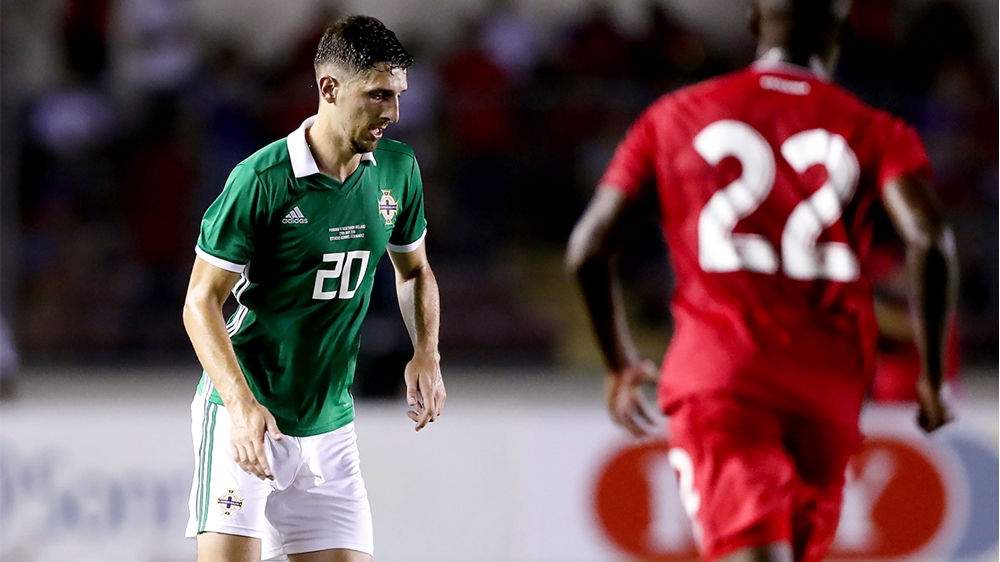 Watford maintained their 100 per cent start to the Premier League season after Craig Cathcart’s second-half header gave them a 2-1 victory over Spurs at Vicarage Road for the first time since May 1987.

The 29-year-old, who has been an ever-present for the Hornets this term, powered home the winner in the 76th minute for his first goal for the club since January 2016.

Meanwhile, in the Championship Ollie Norwood was also on the scoresheet, as well as providing an assist, when he curled home a delightful free-kick in Sheffield United emphatic 4-1 success over Aston Villa at Bramall Lane.

It was the midfielder’s first goal since joining the Blades on-loan from Brighton & Hove Albion last month.

Making his debut for Sheffield United was former QPR striker Conor Washington who did enough to impress his new boss Chris Wilder despite only playing the last nine minutes a substitute.

“Conor, I thought, showed what he’s about, said Wilder, “He’s got power and pace as well and he likes to run at defenders and beyond them which is something we wanted as well.”

Striker Liam Boyce’s confidence will be sky-high for the forthcoming international double-header after he fired home his fifth goal of the season as Burton Albion cruised to a 3-0 victory over AFC Wimbledon in League One.

Other Northern Ireland scorers over the weekend included Scunthorpe United midfielder Matty Lund whose first goal for the club earned them a point at Accrington Stanley.

Defender Adam Thompson was also on target for League Two Bury whose 3-2 win over Morecambe was their first since the opening day of the season.

Making his debut for the Shakers in that game as a substitute was striker Caolan Lavery who signed on-loan from Sheffield United until the end of the season.

Finally, former Coleraine winger Stephen Dooley made his first start Rochdale in their 1-0 win at Coventry City while defender Tom Flanagan was an unused substitute for Sunderland following his return from a knee injury.