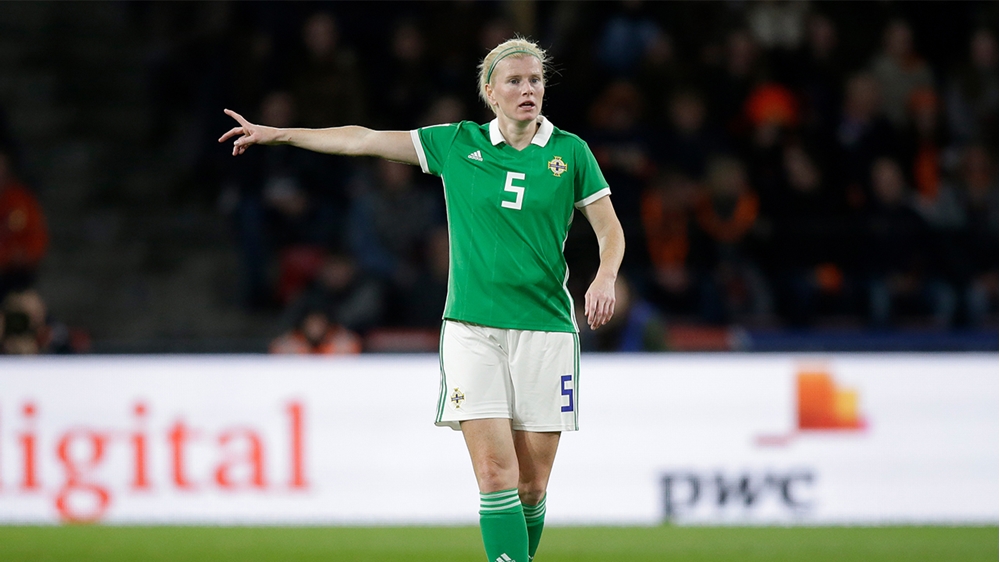 The Senior Women will be looking for a win to end their World Cup qualifying campaign as they celebrate the first Women to reach 100 caps for Northern Ireland.

Defender Julie Nelson will join a prestigious list of players to reach the milestone for their country but will be focusing more on getting the three points to end their campaign on a high.

Nelson has been representing Northern Ireland for 14 years after making her debut against Portugal in March of 2004 & bounced back after an early scare in her career when she suffered a cruciate ligament injury but is now just one game away from reaching the century.

In her time, Julie has played in America, England, Scotland, Iceland and now in Northern Ireland with Crusader Strikers and reached the quarter finals of the Champions League with Glasgow City.

The game itself has no impact on World Cup qualification but after a challenging campaign facing some of the best in Europe such as the Netherlands and Norway, it's a chance to end on a high in Portadown.

Alfie Wylie's side will come into the game as favourites after their 3-1 win in Slovakia in November and with their opponents yet to register a point in Group 3.

Join us at Shamrock Park in Portadown at 7:30pm to cheer on the Women and celebrate our first female centurion.

Also, to hear more about the career of Julie Nelson, watch the video above.