Gareth McAuley links up with Lafferty at Ibrox 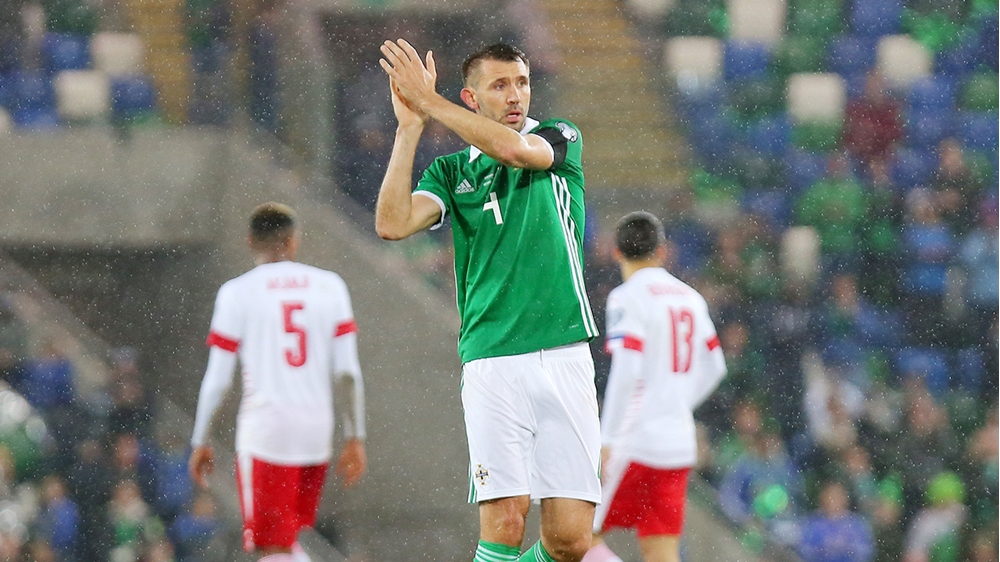 The experienced 38-year-old had been without a club since being released by Premier League outfit West Bromwich Albion at the end of last season.

Speaking to RangersTV McAuley said: “I feel very honoured and privileged to be here.

“I hope to bring experience to the club, there is a young group of players here and with my knowledge I want to help develop them to play in the first-team.

“It’s a project here at the minute,” he added, “and after speaking to the manager in the last week or so helping develop young players is what I can bring to the project.”

The Larne-born central defender, who has 79 caps and nine international goals to his name, did not join the professional ranks until he was 24 when he signed for Lincoln City in 2004.

He later played for Leicester City and Ipswich Town before finally making it into the top tier of English football with West Brom in 2011.

He gave the Baggies sterling service during his seven years at the Hawthorns playing 227 games and scoring 17 goals for the Midlands club.