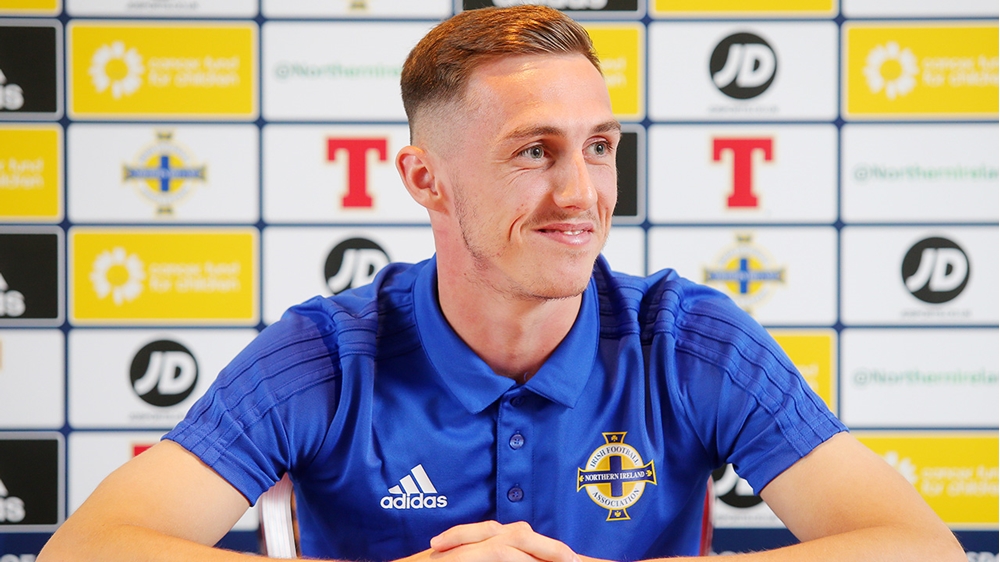 The prospect of playing at the National Football Stadium at Windsor Park for Northern Ireland has filled Gavin Whyte with excitement.

The Oxford United winger, who was a late call-up to the senior panel for the upcoming games against Bosnia and Herzegovina and Israel, has revealed playing at the stadium for the boys in green “would mean the world to me”.

Although he travelled to Central America with the Northern Ireland senior squad back in the summer, the U21 international has yet to make an appearance for Michael O’Neill’s team.

He revealed: "When I went to (Central) America I saw Whyte and the number seven on the back of the shirt and it was unbelievable.

"Windsor has been good to me. I’ve scored a few goals there as a Crusaders player and it would be a dream to play with the Northern Ireland lads there.”

It has been a whirlwind couple of months for the former Crues winger who is settling in nicely at his new club.

He has already notched three goals in a handful of games for Oxford United since he signed for the League One outfit last month.

“I had a lot of interest from clubs but it was always about picking the right one with a chance of playing,” he revealed.

"If I had gone to Leeds I would have been training with the first team and playing with the Under-23s. I didn’t want to do that.

"I felt I was capable of going in at a high level and playing, so I believe I made the right choice.”