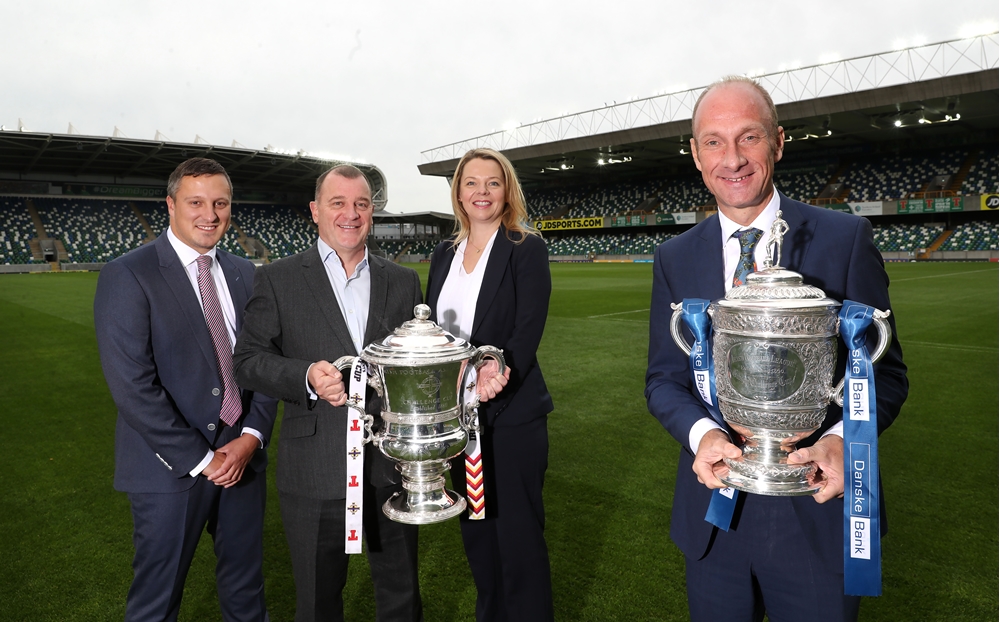 BBC Sport NI, with the Irish Football Association and Northern Ireland Football League, has agreed a new three-year deal which will see 10 Premiership games as well as two additional Irish Cup games broadcast live on TV over the season.

Ten Premiership games will be broadcast live over the season in total along with the two Irish Cup fixtures – which are in addition to the Irish Cup Final which BBC Sport NI currently broadcasts live.

The first three live Premiership games will be Crusaders v Cliftonville (5 October), Ballymena v Glenavon (2 November) and Coleraine v Newry City (30 November). Confirmation of the other games will be announced when they are agreed.

“This new agreement with the IFA and NIFL is brilliant news for local football fans and for our audiences. With 10 live league games across the season and three Irish Cup matches including the final, we are delivering a comprehensive live package of local football. We look forward to featuring as many clubs as possible throughout the season.”

“It’s great to have live sport on BBC Northern Ireland television on Friday nights. This new deal complements the recent deal we secured for highlights of the Northern Ireland team and means that we have enhanced coverage of local football across all our platforms. Beyond this, we also remain committed to finding ways to bring our audiences the best possible action across a range of sports.”

“More people play football in Northern Ireland than any other sport and I am delighted that BBC Sport NI is reflecting that popularity by showing live coverage of the Tennent’s Irish Cup, the Danske Bank Premiership, as well as providing highlights of Northern Ireland senior men’s international matches.

“Having live football on a Friday night will be a huge boost for the game here and I would like to thank BBC Sport NI for committing to cover these matches. I have no doubt that because of this new TV deal more people across Northern Ireland will follow local football and more young people will be inspired to get involved in the game.”

“This is a huge moment for the NI Football League and the Danske Bank Premiership, with the improvement in quality and growing attendances we’re delighted that we can bring our game to a wider television audience this season.

“This announcement is testament to the commitment BBC Sport NI have shown the Irish League and we look forward to working with them to allow even more people to enjoy the unique passion and quality of our league.”

Live coverage of the first game, Crusaders against Cliftonville, begins on BBC Two Northern Ireland at 7.30pm on Friday, 5 October presented by Stephen Watson, with commentary from Thomas Kane.

Football fans can keep across all the action with comprehensive coverage across BBC Sport NI including: