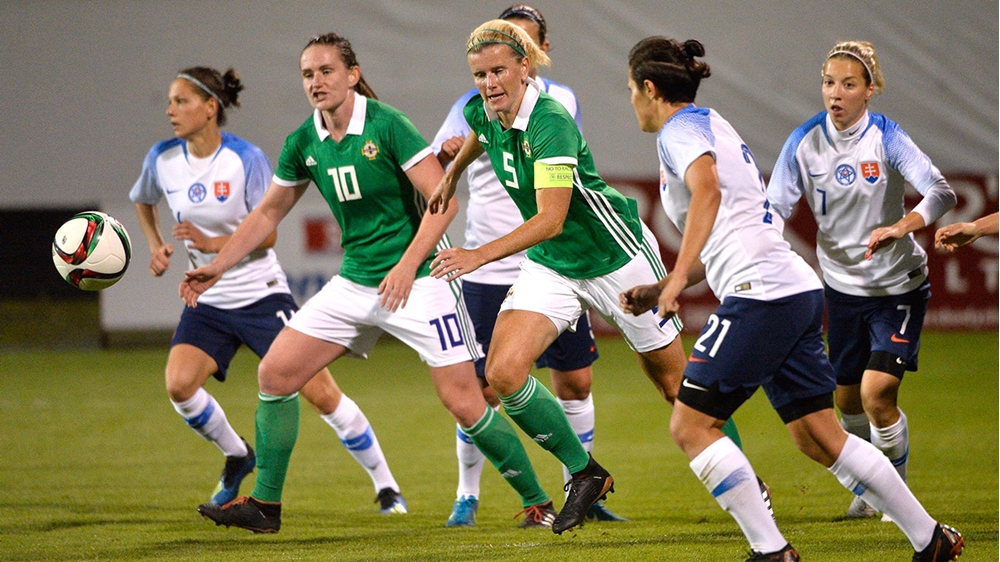 Northern Ireland Women suffered a narrow defeat in the final game of their Women’s World Cup 2019 qualifying campaign in Portadown this evening.

A single goal was enough to give Slovakia a slender victory, however Alfie Wylie’s side can feel a little aggrieved at not having taken something from the game.

Northern Ireland started the game at Shamrock Park brightly and were on the front foot for the opening half-hour in the Qualifying Group 3 clash.

Marissa Callaghan, Simone Magill, Megan Bell and Caragh Milligan took it in turn to make darting runs in behind the Slovakian defence but could not find the killer ball.

Slovakia’s first effort came after 25 minutes when Diana Bartovicova blasted the ball over the top from distance.

On 33 minutes, after another penetrating run, Magill laid the ball back for Callaghan but she blazed over from the edge of the box. Moments later Milligan’s cross-cum-shot fizzed past the post.

In the 36th minute, and against the run of play, Slovakia took the lead when captain Dominika Skorvankova spun away from her marker inside the box and scooped the ball past Northern Ireland goalkeeper Jacqueline Burns.

Northern Ireland then pushed forward and Bell’s drive went just past the post before Slovakia’s Bartovicova lashed the ball over the bar when well placed and moments later drove a shot wide of the upright.

On 57 minutes a great run and cross from Milligan eventually saw the Slovakian keeper claw the ball away at the feet of Magill before Milligan had a snapshot deflected round the post.

In the 65th minute Burns had to push over a decent Patricia Hmirova strike from a free-kick.

Seven minutes later Northern Ireland captain Nelson almost levelled it when she smashed in a free-kick from distance, however the centurion’s low drive came back off the post and the ball was eventually cleared.

In the 82nd minute the girls in green launched another attack. The ball bounced around the Slovakia penalty area but no-one could get a decent connection.

Minutes before the end Billie Simpson, pushed up from defence, headed over a looping cross into the area and then Magill drilled in a shot which flashed across the face of goal, but it was not to be and Slovakia held on for the win. 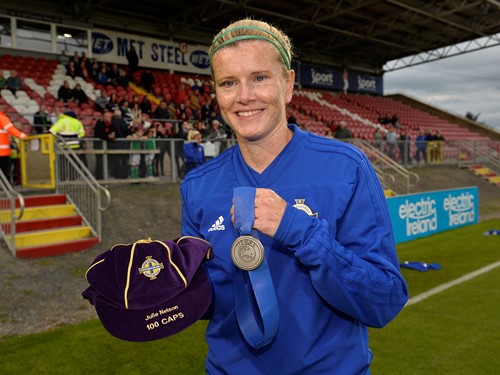 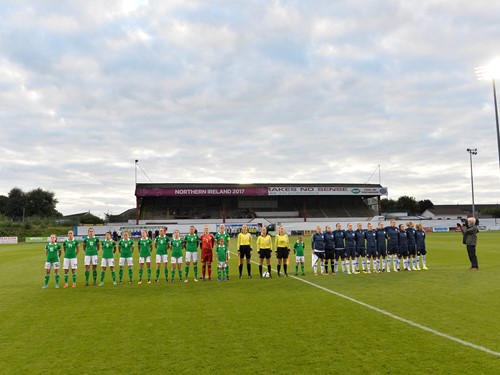 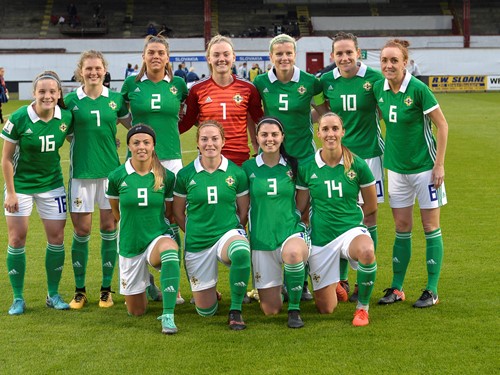 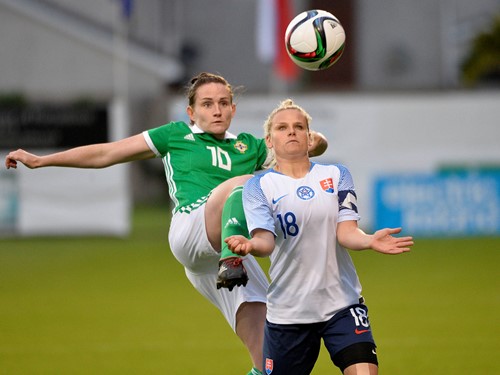 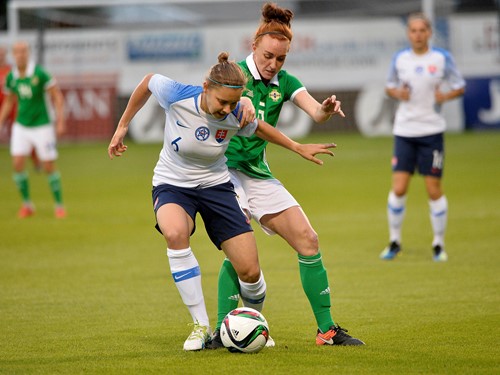 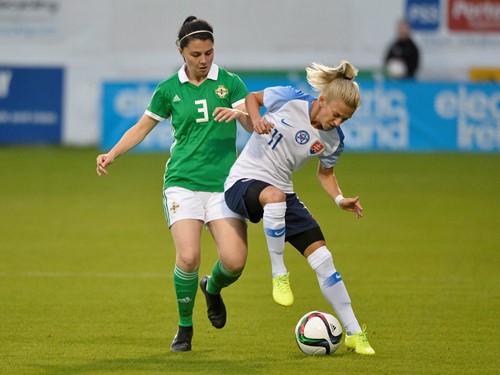 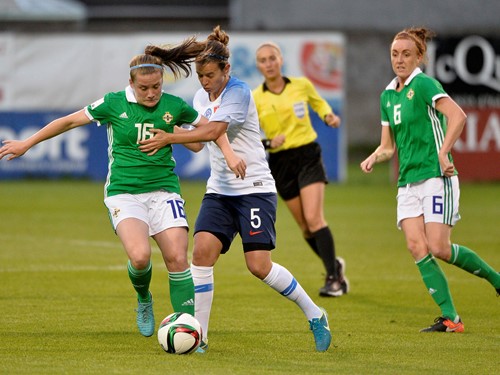 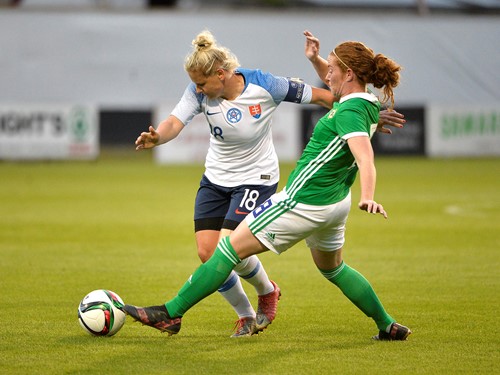 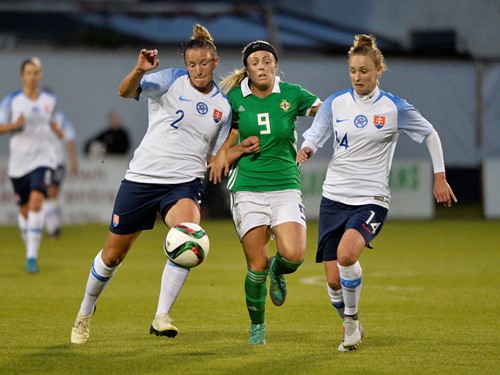 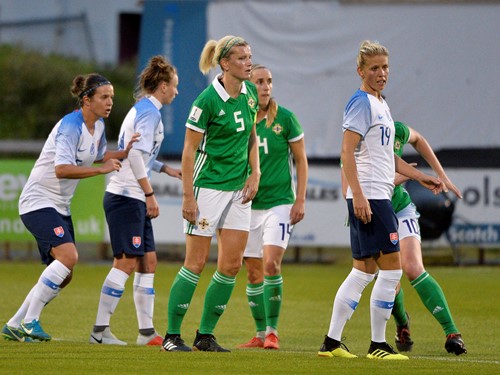 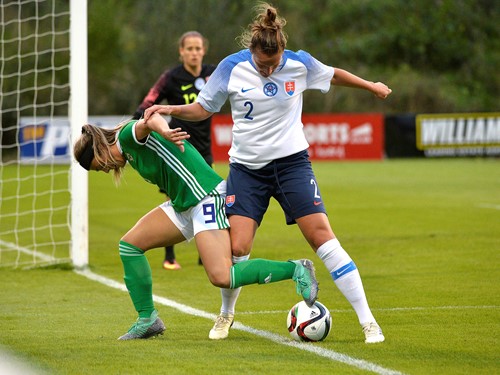