Donnelly links up with Stephen Robinson at 'Well 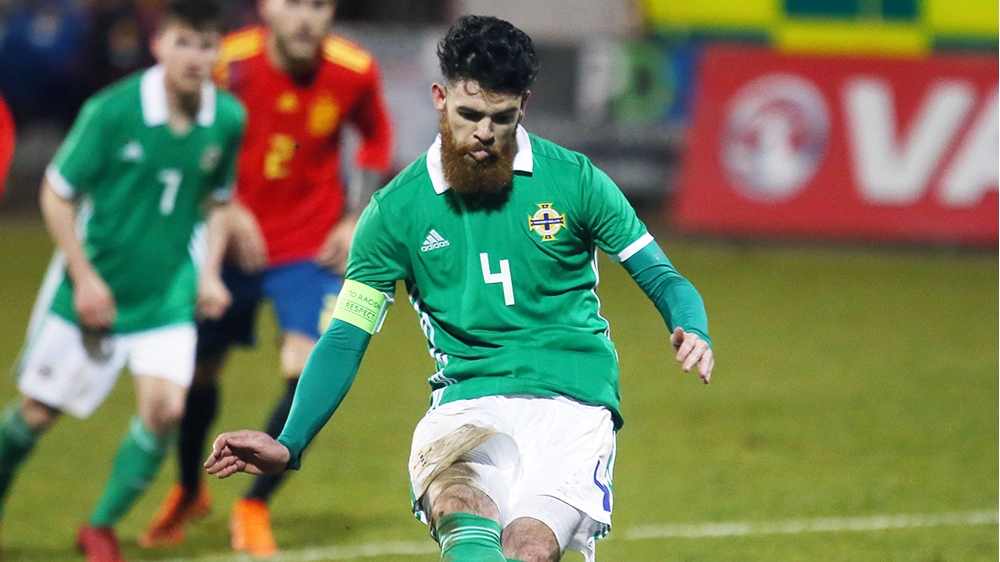 Motherwell boss Stephen Robinson has secured the services of Northern Ireland under-21 skipper Liam Donnelly from Hartlepool United for an undisclosed fee.

The central defender, who has joined the Scottish Premiership outfit on a two-year deal, will now link up with fellow countrymen Trevor Carson and Shea Gordon at Fir Park.

“As soon as I knew the interest from Motherwell, I was delighted,” Donnelly told the official Motherwell website.

“It’s a massive club. How well the club did last season was unbelievable and I want to kick on with the lads this year and hopefully improve on it.

“I’ve worked with the manager with Northern Ireland since I was quite young. So there were a lot of factors in why I’ve decided to come here.

“There’s a good bit of aggression involved in my play,” he added, “But I like to play and have the ball. I defend properly when I need to defend but I can hopefully play a bit as well.”

The 22-year-old, who won his only senior international cap against Chile in 2014, began his career at Dungannon Swifts, making his first team debut for the Tyrone outfit against Crusaders aged just 15 years and 285 days.

He moved ‘across the water’ to sign for Fulham in 2012, going on to captain the under-18 side to the final of FA Youth Cup in 2014 where they lost on aggregate to Chelsea.

Following his release from the west London club he moved to League Two Hartlepool United where he made a total of 62 appearances over the past two seasons.

Motherwell supremo Stephen Robinson is delighted to have captured the cultured centre back whom he has known from his days with the youth international set-up in Northern Ireland.

“Liam was a target of ours from when we started our summer recruitment, so we’re delighted to have landed him,” said Robinson.

“I’ve worked before with Liam at youth international level with Northern Ireland, so I’ve first hand experience of what we’re getting. He will fit in well here and further strengthen our central defensive options.”