NI futsal side win two out of three on tour 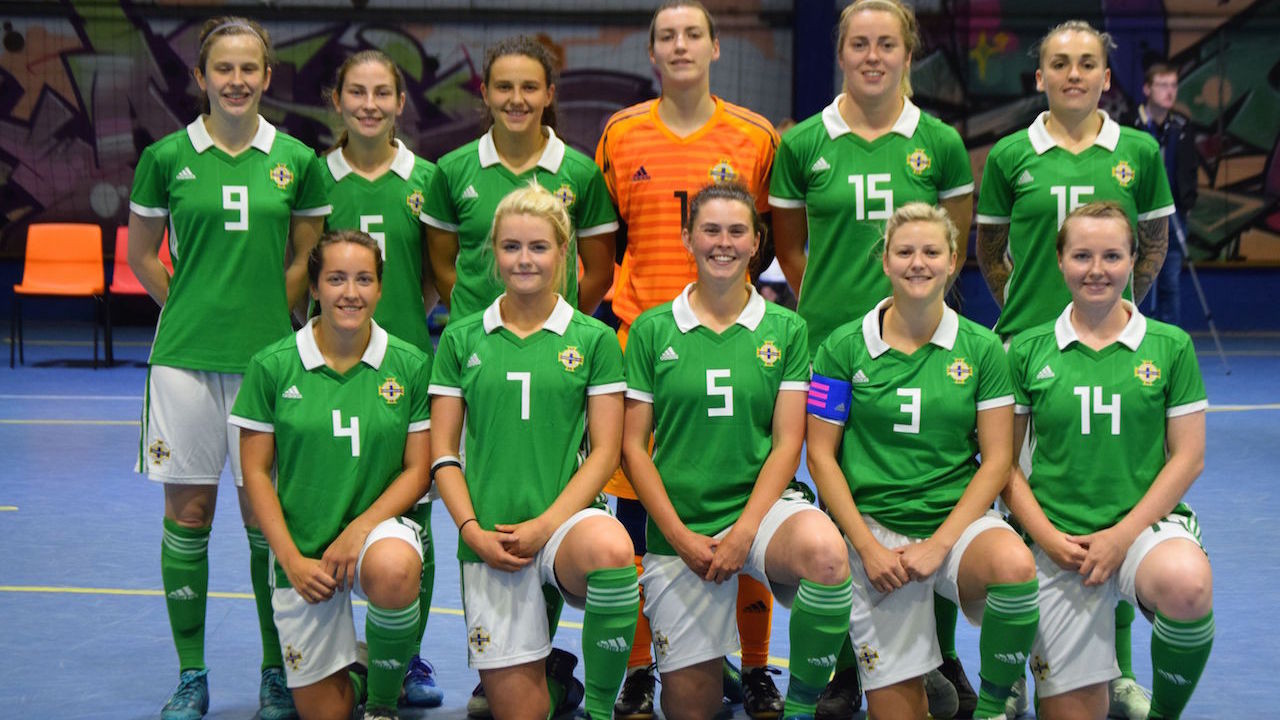 Keith Gibson's side recorded two wins from three, scoring an impressive 22 goals in the process.

First up was a tough test against Tranmere Rovers. Northern Ireland performed well and with a convincing 7-2 victory. The goals were well spread around the team with a brace from Portadown Ladies pivot Rachel McConnell. Also on the scoresheet were Louise McFrederick, Megan Weatherall, Olivia Brown, Hannah Henderson and Nadene Caldwell.

It was a swift turnaround from Prenton Park and down the motorway to the Northgate Arena, Chester to take on Midlands League Champions Cheshire Futsal (formerly Wrexham Futsal Club).

In an exciting game of futsal which could have gone either way, Cheshire narrowly ran out 4-3 winners. Beth McKay scored twice to put the visitors 2-1 ahead and in the second half Amber Dempster smashed home a free-kick to level the scores at 3-3. A late winner proved the difference between the sides.

The team then made the trip to Belle Vue Sports Village to take on Manchester Ladies Futsal Club. They put in a solid performance to finish the weekend on a high with a 12-2 win. A great team effort was rounded off with goals from Rachel McConnell, Olivia Brown, Louise Doherty, Amber Dempster, Beth McKay, Louise McFrederick and Erin Hennity.

Coach Keith Gibson commented: “This was another great learning experience as we continue to grow as a team. Three games in a short space of time against quality opposition really tested us and we showed how far we have come since last month’s games in Scotland.

“The team are working really hard to develop their futsal knowledge and skills, they are a great bunch to work with showing great commitment.

“We are really looking forward to the draw for the European Qualifiers on 5 July to see what test awaits us in August.”