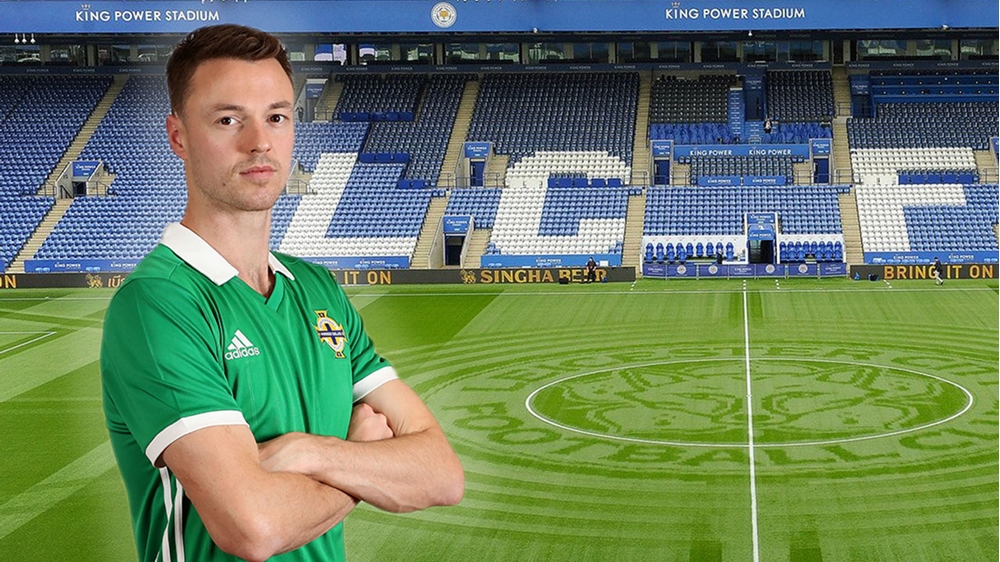 Evans, who has won 70 caps for his country, has moved to the Foxes from West Bromwich Albion, where he was club captain.

The 30-year-old defender told LCFC TV he was delighted to join the East Midlands club in a £3.5million deal.

"When this opportunity came up, it's one that I couldn't turn down,” he said.

"It's an ambitious club, the owners are ambitious and everyone wants to push the club forward.”

Evans, who is Northern Ireland’s vice captain and captained Michael O’Neill’s side on their recent Central America tour in the absence of Steven Davis, added: "It (Leicester’s King Power Stadium) is a great place to play football. The fans really get behind the team and the players are fantastic. These are all factors that made me want to sign for this football club."

The defender began his career with Manchester United and spent nine successful years at Old Trafford before joining West Brom in 2015. He has three Premier League medals in his collection.

Evans had a clause in his contract which the Foxes have triggered after the Baggies' relegation to the Championship. The transfer fee will be paid in two instalments of £1.75m.

Leicester City manager Claude Puel said the club have signed "a winner and a leader" in Evans.

"Jonny is a player of great experience in the Premier League and to have him as part of our squad is fantastic news" said Puel.

"He knows exactly what it takes. He will bring a great deal to our squad."

Evans came close to leaving The Hawthorns during the past two transfer windows.

Leicester had a bid of £25m rejected last summer, with West Brom also turning down advances from Manchester City and Arsenal.

The Northern Ireland vice captain scored five goals in 96 appearances for the Baggies after joining from Manchester United in 2015.