Magennis, McAuley and Lafferty among the players hoping to get their badges 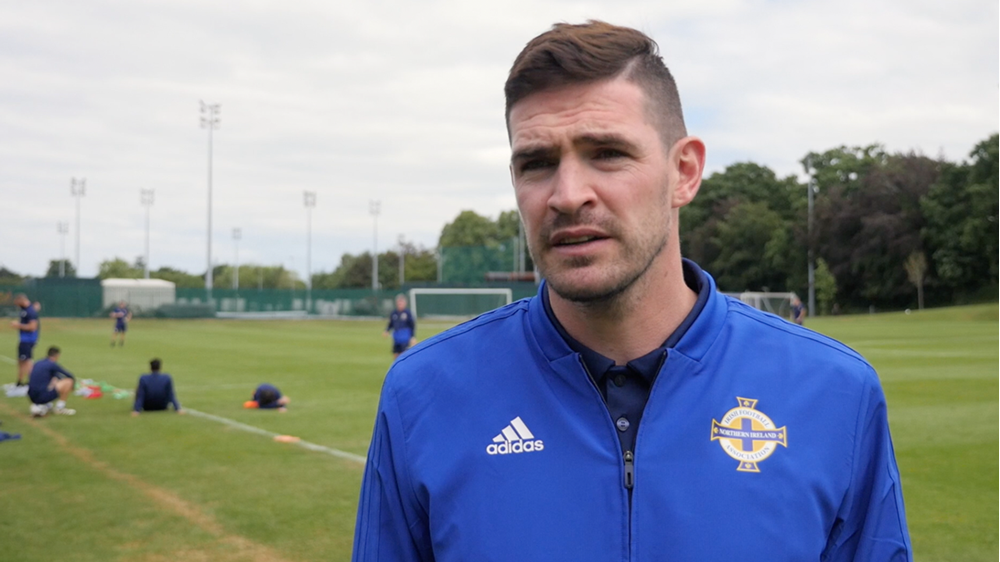 Northern Ireland senior players have been training and studying hard this week for their UEFA B Licence.

Our senior players were joined by ex English Premier League stars such as Steven Pienaar, Joleon Lescott and Ricardo Carvalho among others.

Josh Magennis has been enjoying the week so far alongside his senior teammates.

He said: "I've came here trying to use my experiences I've had through football and tried to get them out onto the pitch.

"We're all working hard in here together and each one of the lads bring a different trait (to coaching)."

Aaron Hughes has been impressed with the progress his colleagues have been making on the course.

He said: "The other five lads are doing really well. It's good that we have each other to bounce off.

"We already know the game so it's just good to be able to learn how to work things out in your head and be able to communicate it properly."

You can watch an extended interview with Kyle Lafferty, Niall McGinn, Aaron Hughes and Josh Magennis by clicking on the video link at the top of the page.

You can learn more about how you can get involved with getting coaching badges by CLICKING HERE.