Glentoran Women to face Crusaders Strikers in tie of the round 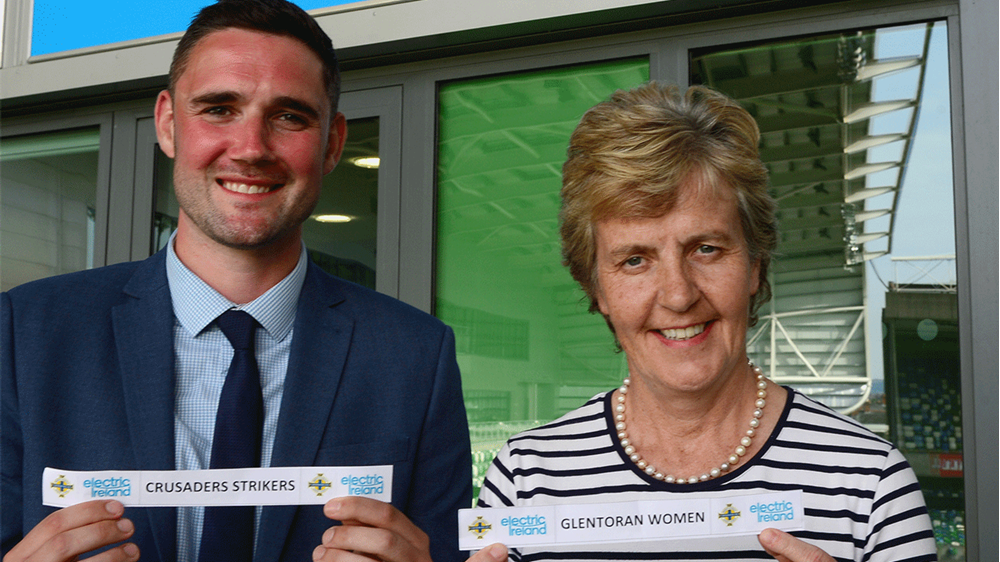 The draw for the Electric Ireland Women's Challenge Cup quarter-finals has pitted Glentoran Women against Crusaders Strikers in the tie of the round.

Crusaders Strikers currently sit second in the NIFL Danske Bank Premiership and lost their first game of the league campaign against Glentoran Women last week but now the Strikers have their chance for revenge in the quarter-finals.

Elsewhere the lowest ranked side left in the competition, Ballymena United Allstars, who currently sit sixth in the NIWFA Championship, have been rewarded with a home tie against Premiership side Cliftonville Ladies who last won the competition in 2015.

Fellow Championship side Carnmoney Ladies, who are currently third, will travel to Premiership side and current Women's Challenge Cup holders Sion Swifts.

And, finally, free scoring Linfield Ladies will travel to the North-West to take on Derry City Ladies.

The quarter-final ties will take place on Monday 9 July (7.30pm).

The full draw is as follows: