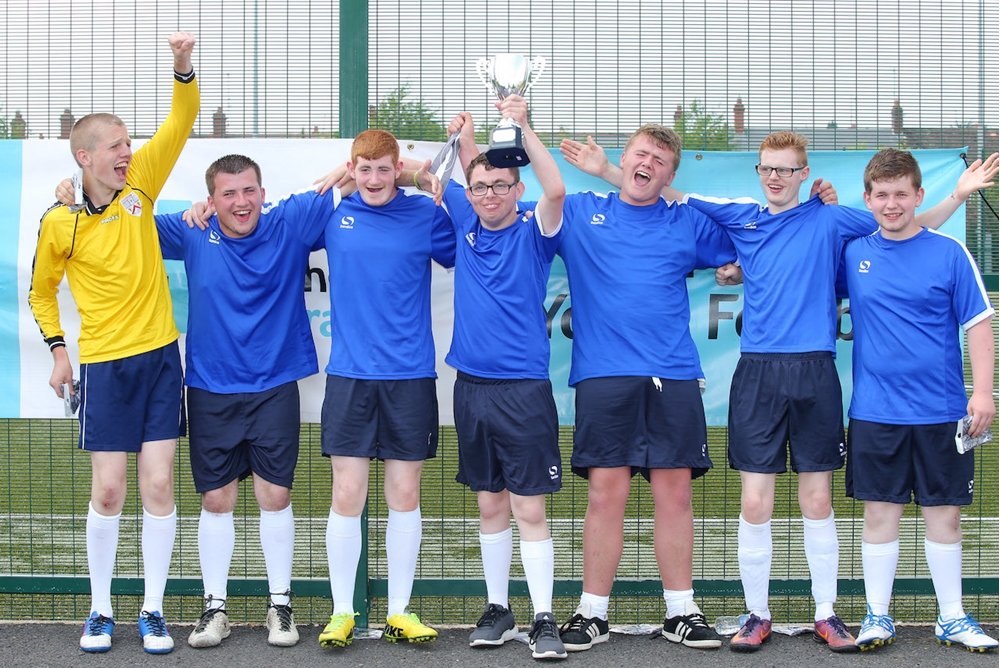 Coleraine’s Sandleford School did the double at the 2018 Hughes Insurance Schools’ FA Cup Final winning both the under-15 and over-15 cups.

Lisburn Leisureplex hosted the annual 5-a-side cup competition for schools catering for learning disabilities. This year’s tournament was quite the occasion with over 100 goals scored from the 12 schools taking part.

Hughes Insurance mascot Harry Hughes was on hand to show his support in what was a fun-filled morning of competitive football.

The under-15 final was contested between Sandleford and St. Gerard’s of Belfast with the Coleraine side claiming a 4-0 victory to lift the cup. Glenveagh of Belfast took third spot in the competition.

Sandleford sealed their impressive double with a fine 3-0 victory over Roddensvale of Larne in the over-15 final. Tor Bank from Dundonald claimed the bronze medals with some impressive displays.

It is the first time that the same school has won both competitions in the Schools’ FA Cup, a notable achievement for the school from Coleraine.

Irish FA disability manager Alan Crooks, was keen to praise the efforts of all competing schools.

He said: “The Schools FA Cup is always an enjoyable occasion with lots of smiles and celebration.

“It was great to have the support of Hughes Insurance this year. Their volunteers were on hand to help and Harry Hughes really added to the event.

“I would not only like to congratulate Sandleford, who were superb in both sections winning an incredible double, but all the competing schools. The games were played in a wonderful spirit and it is great to see such joy from so many children from all across Northern Ireland.” 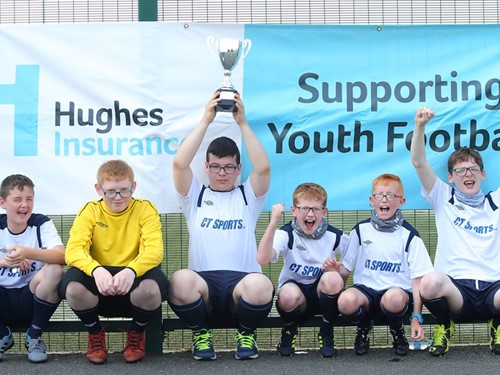 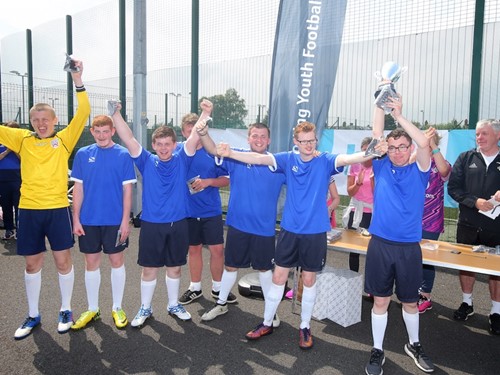 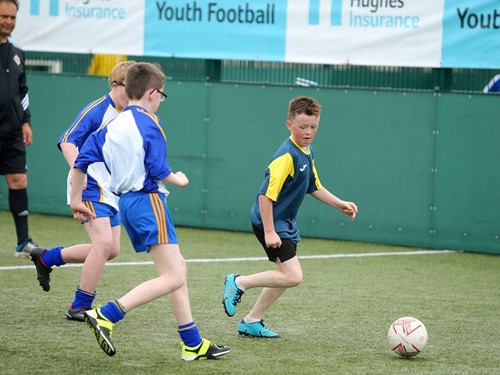 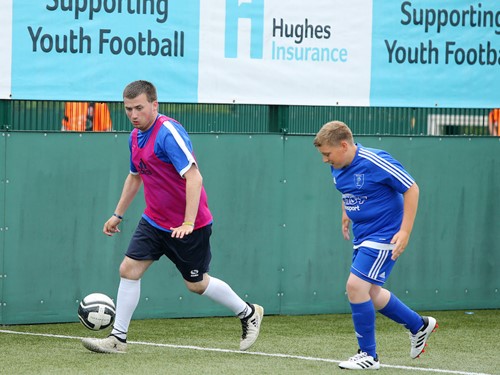 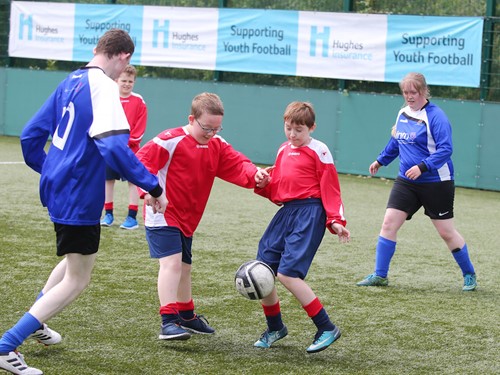 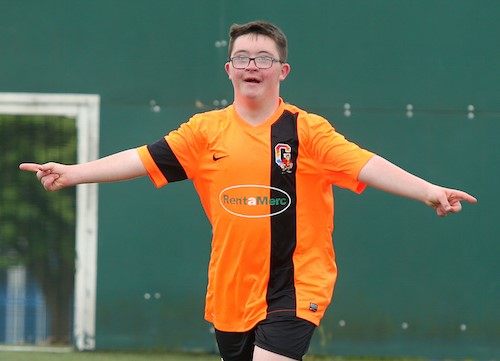 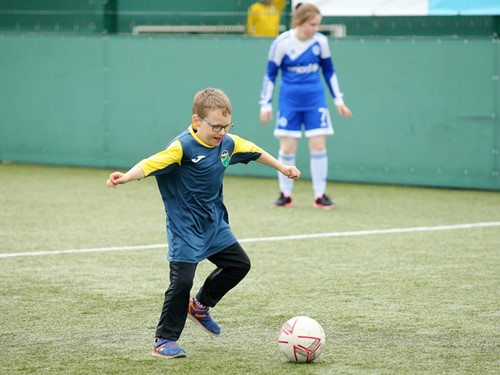 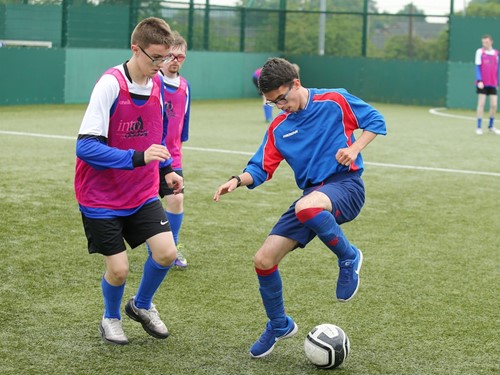 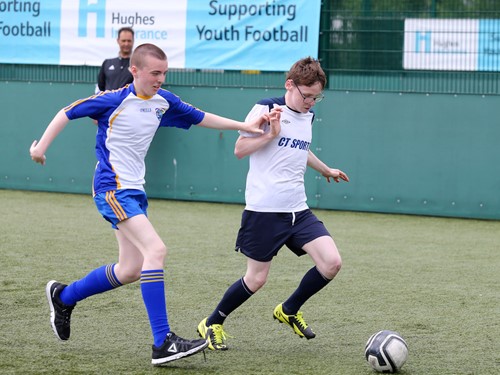 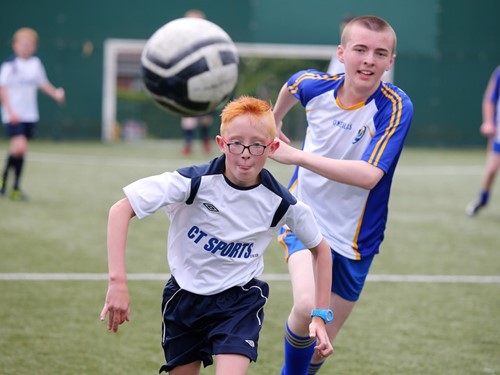 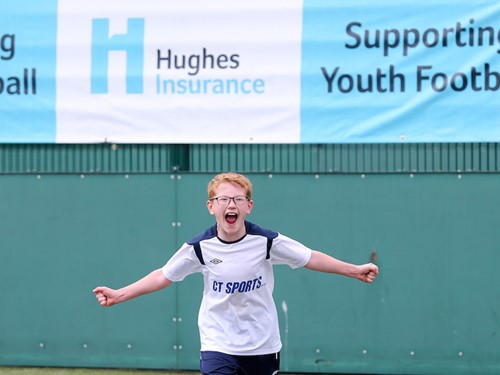 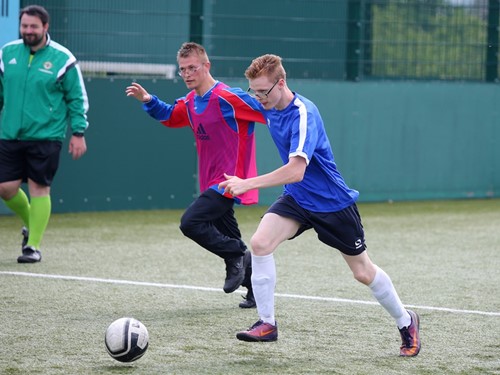 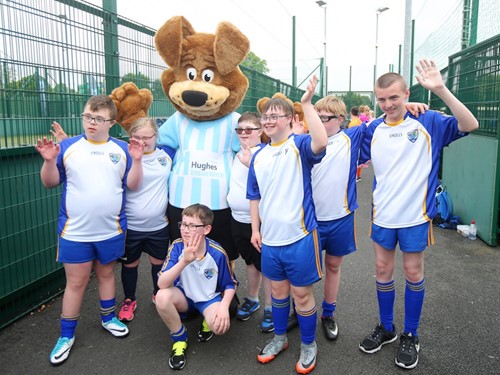 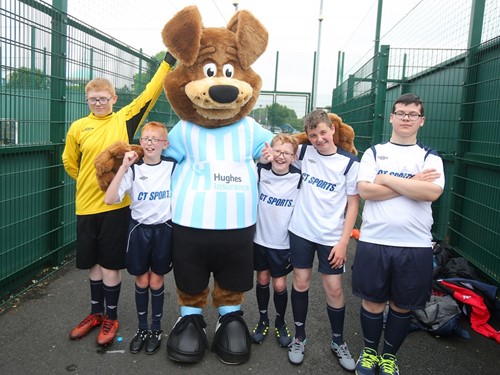 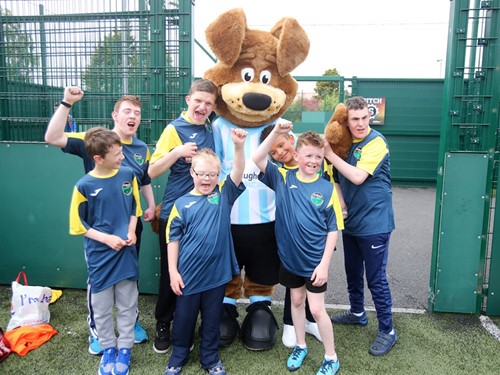